The Beatles in Context

The Beatles’ lives and work continue to delight fans and influence musicians half a century since their heyday. Yet their contribution to contemporary culture and their relationship to social change remain controversial topics in need of reappraisal. This two volume collection brings together two dozen leading scholars of the Beatles to examine their origins, output and legacy. Interdisciplinary in its approach and international is its outlook, Understanding The Beatles showcases the latest research by historians, art historians, musicologists, geographers, sociologists and cultural critics bringing new perspectives on The Beatles and their milieu which will interest academic and fans alike.

Volume One, The Beatles in Context: Politics, Identify, Culture, explores the relationship between The Beatles and their times. It situates them in the changing class, gender and ethnic dynamics of postwar Britain, considers them as Liverpudlians and Orientalists, and compares them to contemporaries from Bob Dylan to Charles Manson.

Volume Two, The Beatles and Their Audiences: Creativity, Reception, Interpretation focuses on the production, consumption and interpretation of The Beatles. Their creativity in the studio is considered alongside how they were managed, marketed and appreciated by multiple audiences from the 1960s to the present. Chapters on research and teaching The Beatles assess the current state of the field.

‘Where you Once Belonged’: Lennon and McCartney’s Working Class Affiliations [+–]
James Patrick McGrath
Leeds Metropolitan University
Part time lecturer in Cultural Studies (Media, English, History). Published numerous articles and reviews (including a book review for PMH).
Situates Lennon and McCartney in the changing class dynamics of postwar Britain.
The Beatles and the Left [+–]
Matthew Caygill
Leeds Beckett University
Senior Lecturer in History and Politics
This chapter continues the examination of The Beatles in the context of contemporary politics

The Beatles and Black Liverpool [+–]
Mark Christian
Lehman College (CUNY)
Professor of African and African-American Studies
This chapter looks at The Beatles in relation to ethnic matters in Liverpool and the United Kingdom.
I Want to Hold Your Hand: Love, Marriage and The Beatles [+–]
Lucy Brown
University of Sheffield
Department of History
Looks at The Beatles in the context of contemporary debates regarding gender roles.
I’m a Loser: Masculinity and The Beatles as Singer-Songwriters [+–]
Martin King
Manchester Metropolitan University
Principal Lecturer, Social Work and Social Change Department
This contribution continues the discussion of The Beatles and contemporary gender debates.
The Bohemian Beatles [+–]
Colin Campbell
University of York (Emeritus)
Emeritus Professor of Sociology
This chapter looks at The Beatles in relation to contemporary ‘lifestyle’ debates.
Magical Mystery Tour: Suburbia and Utopia in Music and Film [+–]
Jonathan Goss
University of Hawai’i at Manoa
Professor of Geography
Looks at the reception of The Beatles in a period of dynamic demographic change in the United Kingdom (and most of the Western World).
McCartney Remembers [+–]
Marcus Collins
Loughborough University
Lecturer in History
Looks what a leading Beatle has put on record about The Beatles phenomenon.

From Liverpool to Tibet: Tomorrow Never Knows and the Troubled Path to the East [+–]
Sharif Gemie
University of South Wales
Reader in History
Looks at the ‘orientalism’ inherent in The Beatles’ embrace of Eastern mysticism.
‘Misunderstanding All You See: Charles Manson Reading the Beatles at the End of the World [+–]
Gerry Carlin,Mark Jones
University of Wolverhampton
Senior Lecturer in English
University of Wolverhampton
Senior Lecturer in English
Examines how The Beatle’s compositions may have influenced the psychopath Charles Manson.
John Lennon, Bob Dylan and Cultural Correspondence [+–]
Marcus Collins
Loughborough University
Lecturer in History
Compares the work and influence of two of the period’s most influential cultural figures
ISBN-13 (Hardback)
9781781791950
Price (Hardback)
£75.00 / $95.00
Price (eBook)
Individual
£75.00 / $95.00
Publication
01/03/2022
Pages
256
Size
234 x 156mm 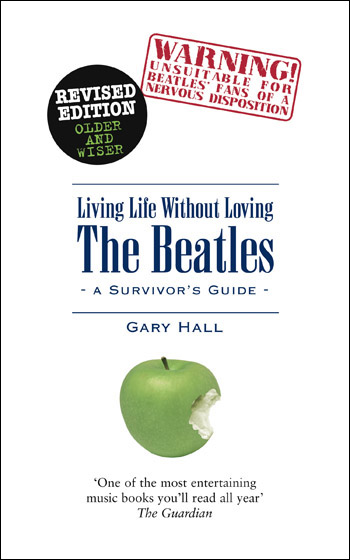