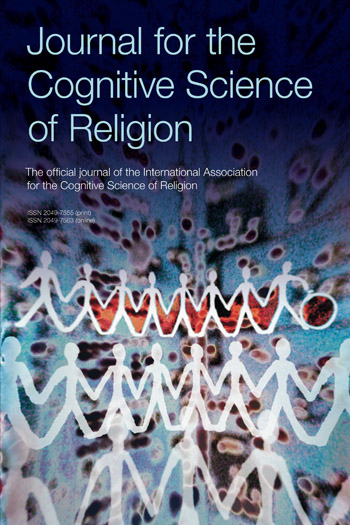 Armin W. Geertz is Professor in the History of Religions at the Department of Culture and Society, Section for the Study of Religion, and Chair of the Religion, Cognition and Culture Research Unit (RCC), Aarhus University, Denmark.

Valerie completed her doctoral studies at the School of Psychology, the University of Auckland, New Zealand in 2014. There, she did work on the cognitive neuroscience of episodic memory and future event imagination. After her PhD, she completed a postdoctoral project at Aarhus University, Denmark, where she investigated the intersection between religious ritual and episodic memory. She then joined the Institute of Cognitive and Evolutionary Anthropology, University of Oxford, where she worked on religion, memory, and group processes as part of the Ritual, Community, and Conflict project. Valerie joined the Brain, Belief, and Behaviour group at CABS, Coventry University, as Research Associate at the beginning of 2016. Research Interests: Belief; Cognitive science of religion; Imagination; Episodic memory; Creativity; Unbelief

Professor, Department of History and Religious Studies, University of Tromsø Review Editor, Journal for the Cognitive Science of Religion

Chairs of the International Advisory Board

Luther H. Martin is Professor Emeritus of Religion, University of Vermont. He also has been a Distinguished International Fellow at the Institute of Cognition and Culture, Queen’s University Belfast, and a Visiting Professor at Masaryk University, Brno, Czech Republic. He is the author of Hellenistic Religions (1987) and of numerous articles in this field of his historical specialization. He has also published widely in the field of theory and method in the study of religion, especially, in the area of cognitive theory and historiographical method, and has coedited several volumes in this area, including Past Minds: Studies in Cognitive Historiography (2011). He is a founding member of the International Association for the Cognitive Science of Religion and is co-editor of its Journal of the Cognitive Science of Religion.

The cognitive science of religion is a burgeoning field that finds itself in the center of cross-disciplinary research. Cognition is understood in a variety of ways from bottom-up to top-down models and theories. New insights into cognition, culture and religion are being discovered, new ways of doing research are being established and new methodologies and technologies are being used in the cognitive science of religion. The number of scholars and scientists working in this exciting field are expanding exponentially, and the journal provides a cutting-edge publication channel for this field.

The editors will consider the following types of original papers:

Membership in IACSR includes this journal and other benefits.