Analyses of English Translations of Ancient Chinese Poems and Lyrics

HUANG Guowen is a Chair Professor of the Changjiang Programme selected by the Ministry of Education of P.R. China. He has been a professor of Functional Linguistics since 1996 at Sun Yat-sen University, P.R. China. He is now Dean of the College of Foreign Studies and Director of Centre for Ecolinguistics at South China Agricultural University, in Guangzhou, China. He was educated in Britain and received two PhD degrees from two British universities (1992: Applied Linguistics, Edinburgh; 1996, Functional Linguistics, Cardiff). He was a Fulbright Scholar in 2004-2005 at Stanford University. He serves as editor-in-chief of the Journal Foreign Languages in China (bimonthly) published by the Higher Education Press, China. He is also co-editor of the journal of Functional Linguistics (Springer) and co-editor of Journal of World Languages (Routledge). He publishes extensively both in China and abroad and serves/served as an editorial/advisory committee member for several journals, including Linguistics and the Human Sciences (Equinox), Language Sciences (Elsevier), Journal of Applied Linguistics (Equinox), and Social Semiotics (Carfax). He is also a member of the Editorial Board of the Monograph Series Discussions in Functional Approaches to Language (Equinox). His research interests include Systemic Functional Linguistics, Ecolinguistics, Discourse Analysis, Applied Linguistics and Translation Studies.
Translated by

Guangdong Polytechnic of Science and Technology

Yuanyi Ma received her doctoral degree from the Hong Kong Polytechnic University. Her research interests include systemic functional linguistics, translation studies, discourse analysis, and language description. She is co-author of Lao She’s Teahouse and Its Two English Translations (Routledge), Translating Tagore’s Stray Birds into Chinese (Routledge) and Systemic Functional Insights on Language and Linguistics (Springer). She is Lecturer from Guangdong Polytechnic of Science and Technology.

Linguistic Explorations in Translation Studies: Analyses of English Translations of Ancient Chinese Poems and Lyrics provides an English translation of one of the first attempts made by a Chinese scholar to apply Halliday’s Systemic Functional Linguistics (SFL) to translation studies. The original Chinese edition was published in 2006. The English edition includes a new Introduction and an interview with Guowen Huang conducted by the translators.

By offering a comprehensive analysis of ancient Chinese poems, this book successfully illustrates how different aspects of the SFL theory can help to illuminate translation as a meaning-making process and points out various choices in meaning in the ancient Chinese poems and their translations. The book is also innovative in its proposal of the six steps in applying SFL to translation, which include (i) observation, (ii) interpretation, (iii) description, (iv) analysis, (v) explanation and (vi) evaluation.

The book will be of interest to researchers and academics who work on SFL, translation studies, language sciences or related areas as well as MA or doctoral students who would like to study SFL. 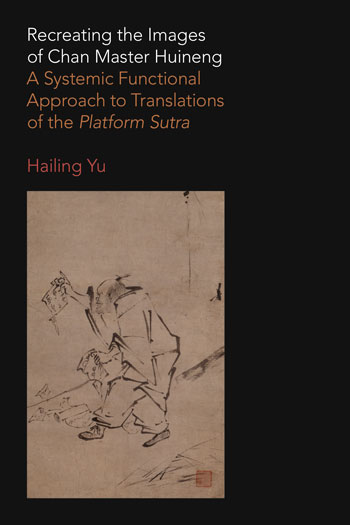