Notes from the Fortune-Telling Parrot

Islam and the Struggle for Religious Pluralism in Pakistan

David Pinault is an associate professor of religious studies at Santa Clara University. He received his Ph.D in Arabic and Islamic studies from the University of Pennsylvania. He is the author of Horse of Karbala: Muslim Devotional Life in India (Palgrave), The Shiites: Ritual and Popular Piety in a Muslim Community (St. Martin’s) and Story-Telling Techniques in the Arabian Nights (Brill).

This book explores the richness of Pakistan’s religious landscape, giving attention to a number of topics: Shia flagellation processions, Urdu-language pulp fiction, streetside rituals involving animals (pariah-kites and fortune-telling parrots), and the use of sorcery to contend with the jinns that are believed to infest cities such as Lahore. Uniting these topics is an investigation of how Islamist politicians seek to eradicate sectarian diversity and repress localized forms of Muslim folk practices in the name of a standardized, uniform, and globalized version of Islam. The book looks at forms of resistance to this Islamist globalization, such as collaborative efforts by Christian, Hindu, and Muslim human-rights activists to repeal Pakistan’s notorious blasphemy law and assert the worth of religious pluralism.

MY FORTUNE-TELLING PARROT TRIGGERS TROUBLE IN LAHORE: STREET RITUALS AND THE LEGACY OF RELIGIOUS PLURALISM [+–] 2 – 10
Introduction to the subject 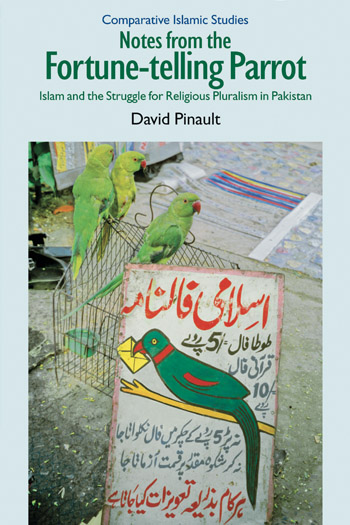 David Pinault’s book on religious pluralism in Pakistan reflects his years of fieldwork with everyday Pakistanis, as well as his interests in story-telling and Shia rituals. The prominence of anecdotes throughout the book, illustrating both the possibilities and pessimism for pluralism in contemporary Pakistan, create an engaging and personal tone.
Religion, volume 40, issue 3 (December 2010)

Anyone wanting greater understanding of the political and religious climate of Pakistan and its rich heritage of religious diversity, will profit from reading this book.
Armand J. Boehme, Reviews in Religion and Theology, 17:4 (2010)

Pinault’s first-person account of his investigations in Pakistan’s alleyways and markets is compelling and perceptive. Seeking insight into Muslim beliefs and practices outside the normative – and, in Pakistan, officially sanctioned – structures of Islam, he finds a world influenced by many trajectories of human religious behaviour, including Hinduism and Shi’ism. Not only do his observations reveal the multiple levels on which Islam is lived today but they are also very topical: they capture the very real religious tensions of Pakistan today, especially in the Taliban-influences areas that are so prominent in the news. Those with an interest in “popular religion” will be rewarded by reading this book, as will anyone who desires a better understanding of the context of events unfolding in Pakistan today.
Andrew Rippin, Professor of Islamic History, University of Victoria, Canada

David Pinault’s exceptionally readable study reminds us that side-by-side with variant forms of Islamic discourse vibrant legacies of Hindu, Sikh and Christian expression also abound. Pinault argues that the current struggle to define a national Muslim identity is occurring against a broader Talibanisation process that aims to homogenise the national discourse. Pinault’s Pakistan is populated with fortune-telling parrots, pariah kites, women joggers, sorcery, good and bad jinn, and ‘pulp’ fiction, as well as blasphemy laws, decrees against religious rituals and growing conflict between and among both Sunnis and Shiis. The spiritual pluralism to which Pakistan was heir after Partition in 1947 does not itself seem long for this world.
Andrew J Newman, Reader in Islamic Studies and Persian,
The University of Edinburgh 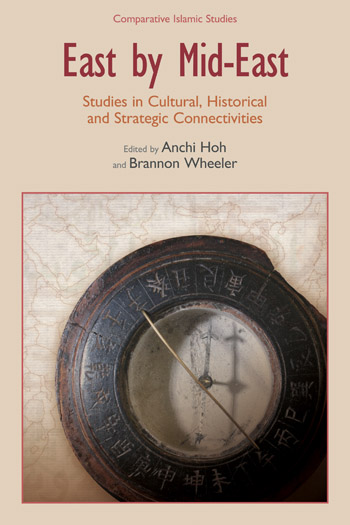