Religion and Senses of Humour

Stephen E. Gregg is Senior Lecturer in Religious Studies at the University of Wolverhampton, and Hon. Secretary of the British Association for the Study of Religions. He studied at the University of Wales, Lampeter, and has previously taught at the University of Wales, and Liverpool Hope University. His work focuses upon minority communities and muted voices in contemporary religion, and method and theory in the Study of Religion. Recent and in-press books include Jesus Beyond Christianity (Oxford University Press, 2010 with Gregory A. Barker) Engaging with Living Religion (Routledge, 2015 with Lynne Scholefield), A Universal Advaita: Swami Vivekananda and Non-Hindu Traditions (Routledge, forthcoming) and The Bloomsbury Handbook on Studying Christians (Bloomsbury, forthcoming with George D. Chryssides).

The study of humour / comedy / laughter is established within sociological study, but has been overlooked in the academic study of religion. This volume seeks to fill this gap. It is written within a Study of Religions multi-methodology, focusing upon embodied, performative and lived approaches to everyday religious acts, beliefs and communities. It explores how comedy, humour and their performative and material manifestations are enacted by both religious ‘insiders’ and by ‘outsiders’ or opponents of religion. Senses of humour within, about and because of religion are explored and it foregrounds narratives of humour as a religious or anti-religious act.

The volume looks at how ‘senses of humour’ in religious acts, or acts about religion, co-exist and interact with other senses; auditory comedic performances with call and response relationships between performer/priest and audience/congregation; visual gags and material artworks; absurdity and mockery of senses of place, decorum and religious entitlement or rank; auditory-only radio performances; spoken-word satire and word-play; ‘belly- laughing’, ‘shaking with laughter’ and crossing the boundaries of ‘good taste’ and ‘tastelessness’. Contributors are scholars from a variety of backgrounds, genders and ethnicities and the volume includes explorations of non-majority traditions and non-Anglophone communities.

Series: Religion and the Senses 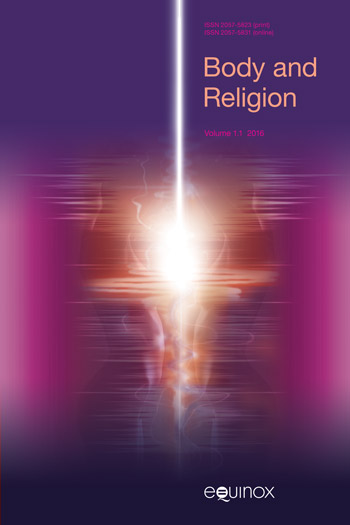