Tamara Ditrich has taught and researched at several universities in Australia and Europe, and is currently Professor of Indian Studies at the University of Ljubljana. Her areas of interest include Buddhist Studies, Sanskrit language, and Vedic philology, while her current research focuses mainly on Theravāda Buddhism.

This book is a new contribution on the subject of mindfulness, having at its core the classic Buddhist meditation text Satipaṭṭhānasutta (“Discourse on the Foundations of Mindfulness”) in original Pāli, translated here into English alongside the comments and explanations of the text by Pemasiri Thera, a contemporary meditation master and scholar from the Theravāda tradition in Sri Lanka. Pemasiri Thera has richly annotated the ancient text, drawing on the larger Tipiṭaka and its commentaries, and provided helpful elucidations of the key concepts from the sutta (awareness, mindfulness, contemplation, etc.) as well as offered new and alternative interpretations and concrete experiential examples from meditation practice. Tamara Ditrich compiled, edited, and translated Satipaṭṭhānasutta with Pemasiri Thera’s commentaries into English and in turn she also contributed her own commentaries in extensive notes, linking Thera’s comments to the Theravāda Buddhist sources and highlighting those aspects that enrich or throw new light on the standard approaches.

The book presents a comprehensive guide for understanding mindfulness by situating it within the larger Theravāda doctrinal framework and making it accessible to the contemporary reader. The book will appeal to general readers interested in any aspects of the theory and practice of mindfulness as well as those investigating Buddhist teachings or Pāli scholarship.

Contemplation of the Body (kāyānupassanā)

Contemplation of the Mind (cittānupassanā) 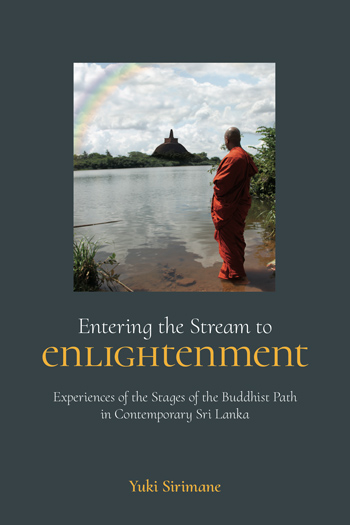