Donna R. Miller is Alma Mater Professor at the Department of Modern Languages, Literatures and Cultures of the University of Bologna (in retirement since July 2019). Her corpus-assisted investigations have regularly explored the grammar of evaluation in institutional text types and verbal art, this last being the central focus of her recent work, in a Hasanian perspective.

This book provides an overview of the dialectic of theory and practice through which SFL positions itself as an appliable linguistics with reference to the theory of Verbal Art. A concise history of the linguistic study of literature tout court is sketched, as well as the roots of specifically SFL approaches to it. A detailed theoretical description is given of the emergence of systemic functional stylistics and, in particular, of the overall architecture of Systemic Socio-Semantic Stylistics (SSS), the central descriptive-analytical model created by Ruqaiya Hasan. Subsequently, the correspondences between Hasan’s framework and what Jakobson theorized as the empirical linguistic evidence of his ‘poetic function’, grammatical parallelism, and with what he calls ‘pervasive parallelism’, are delineated and illustrated via the analysis of one poem by D.H. Lawrence, ‘Bei Hennef’ (1913). Further, the teaching of the language in literature with the tools of SFL/SSS is addressed, and a case study of the experience of guiding students towards this ‘special’ register awareness in an undergraduate EFL curriculum in Bologna, Italy is offered.

Aiming to provide as wide-ranging a view of systemic functional stylistics studies as possible, the volume also presents a synopsis of stylistics research wedded to multimodal/multisemiotic, corpus and translation approaches, broaching certain of the many theoretical issues intrinsically entailed. With special attention to Hasan’s stylistic legacy, in closing the author speaks to the future directions systemic functional stylistic studies might take.

This Discipline Called Stylistics [+–] 1-13
Provides a selective overview of the chiefly mainstream discipline of stylistics today and points up connections to and divergences from SFL’s – and in particular Halliday and Hasan’s – ways of thinking. Topics engaged with comprise stylistics’ ever-burgeoning tool kit, its diverse notions of style, the myriad sub-disciplines that have emerged and the distinction between views on what it is that the discipline studies. The chapter also goes back in time with the aim of tracking down and describing some of the most important historical roots of systemic functional stylistics, to The Moscow and Prague Circles and the scholars that bequeathed a considerable, and crucial, part of the present-day DNA of both SFL and mainstream stylistics. Relevant later twentieth century developments in the field are also reviewed.

Halliday and Hasan: The Development of their Language-in-Literature Theories and Practices [+–] 15-35
Chapter 2 traces the intersection of Halliday and Hasan’s evolving thoughts on what she called the the language in literature. A key aim of the chapter is to show how, thanks to both these scholars, verbal art has come to occupy a highly dignified place within appliable SFL theory. Specifically dealt with are their reflections on the ‘special’ nature of literature, linked to the intricacy of the notion of context that this text-type entails, and their views on the notion of deviation, markedly distinct from those of mainstream scholars, but also in part from those of their shared inspiration, Mukařovský. A lengthy section is dedicated to the presentation, scrutiny, and evaluation of Hasan’s ‘double-articulation’ model for the analysis of verbal art (1985[1989]): the framework for what she says she practices: Systemic Socio-Semantic Stylistics (henceforth SSS).3 This is composed of a semiotic system of language and a separate, higher order, semiotic system of verbal art, where foregrounded results of analysis at the lower level may be seen to articulate the text’s deepest meanings, or theme. The final sections are then given over, firstly to a select review of the work of ‘Hallidayan’ (also including a small number of ‘Hasanian’) stylisticians, and then to subjective musings on what I call ‘a politics of exclusion’, with reference to the apparent ostracism of Hasan’s stylistic work on the part of mainstream stylistics, but not only. In fact, even certain SFL stylisticians might be gently chided for giving Hasan’s work short shrift. Select evidence of this neglect and thoughts on the reasons for it are also put forward.

The Case for Slotting Jakobson into SSS [+–] 37-54
Chapter 3 sets out my arguments, which some might already be familiar with, for ‘slotting Jakobson into SSS’ (e.g. Miller 2016a). This is a proposal that I never quite managed to convince Hasan of the need for, although I had made some headway before she left us. She had been at least somewhat intrigued by what had prompted my own thinking, hypotheses, experimentation and conclusions on the question, i.e., what Fowler (1986) dubbed ‘The Mukařovský-Jakobson Theory’, bringing together in an equation one theoretician, fundamental to Hasan’s SSS, Mukařovský, and his contemporary, Jakobson, completely absent from it. Yet till the end she remained sceptical. Her various doubts/issues are rebutted one by one and my case is rested with a bid for a fine-tuned SSS plus (SSS+), one which acknowledges the equivalence of Jakobson’s theory of pervasive parallelism to Hasan’s own means of foregrounding the artistic theme of what she calls the “literature text”. The chapter continues with an illustration of SSS+ via the analysis of pervasive parallelism in one poem by D.H. Lawrence, ‘Bei Hennef’ (1913). Subsequently, seeking to illuminate and validate the findings emerging from the analysis of the poem, it probes its context of creation as Hasan defines it: a tri-dimensional entity consisting of the language, world view and artistic conventions of the socially-situated writer, all examined vis-à-vis those of the time/place of writing.

Educational Stylistics: SFL/SSS+ and Guiding to Language-in-Literature Literacy [+–] 55-85
As is well-known, Hasan was a scholar for (nearly) all seasons. As is also widely known, she produced much valuable work on education and literacy in general, and on verbal art pedagogy and literacy in particular. Educational stylistics is the topic of chapter 4, focussing on the teaching of the language in literature –with the tools of SFL/SSS+. An overarching concern of the chapter, however, is how to guide students to better reflect on meaning-making in English, thus also improving their overall language awareness, and, for learners, their language acquisition. The chapter is divided into two distinct parts. Part I begins with briefly discussing teacher take-up of SFL concepts, metalanguage, and pedagogy, whether applied to verbal art teaching, or not. In speaking of the reasons for endorsing Hasan’s SSS model in chapter 2, the first to be mentioned is its being rooted in Hallidayan grammar and its study, grammatics. Here the educational significance of that grammatics emerges – as a meaning-focused metalanguage crucial to instructed language development. The chapter then moves into Hasan’s ways of thinking about her own ‘timeless journey’ in the company of verbal art (2011a), her ideas concerning how one should engage with literature (1985[1989], 2007), and her powerful theory of reflection literacy (1996c[2011b]). It then moves on to selectively surveying systemic functional educational stylistics studies. Again, the work referenced is largely based on Hallidayan stylistics but some is also specifically grounded in Hasan’s SSS. Part II presents a case study, a recount of the shared experience of guiding students towards ‘special’ register awareness in an undergraduate EFL curriculum in Bologna, Italy. The global pedagogical background is filled in before zooming in on the analytical activities of one 2017 and one 2018 verbal art workshop in the 3rd year, in which students were guided to wield fine-tuned SSS+ in one poem in search of what gives us “language that is artistic and art that is linguistic” (Hasan, personal communication, 15 April, 2014). Recounted are our teaching practices and their rationale, but also our attempts at monitoring them, with the scrutinizing of empirical quantitative and qualitative evidence of students’ perceptions of those practices, gathered through questionnaires. Also described is the action research that followed the emergence from these of perplexingly incongruous data, as well as the further steps consequently taken. The chapter on the whole thus takes on the generalized criticism of what is often seen as a too heavy reliance on intuition in teaching stylistics (notably Hall 2014, Fogal 2015), by examining ways to defuse two significant sources of such peril: (1) an ingrained largely intuitive method of literature reading on the part of the students, and, (2) a merely intuitive manner of assessing the effectiveness of one’s own pedagogic practices.

Systemic Functional Stylistics and… [+–] 87-108
Wanting to provide as wide-ranging a view of systemic functional stylistics studies as possible, chapter 5 – entitled ‘Systemic functional stylistics and…’ – offers a synopsis of stylistics research wedded to multimodal/multisemiotic, corpus and translation approaches, also broaching certain of the many theoretical issues intrinsically implicated. Its nature is thus transdisciplinary. Nevertheless, fixed requirements for signalling studies were set up: 1) that they had to be at least clearly SFL-influenced and, 2) that they attended to literature as their object of study. The confines of ‘literature’, however, were necessarily widened to comprise research into any medium being exploited in the telling of fictive stories whose ways of meaning can be seen to “relate to human social existence – its dilemmas and its delights”, just as Hasan speaks of the mission of verbal art (Equinox online gloss to Hasan (to appear)). It emerges, however, that this Hasanian thematic aspect is explicitly addressed by these studies only at times. Indeed, the question of the ‘art’ of the text, of its registerial specialness, receives decidedly less manifest attention than it might do. In these cases, the ‘and’ constituent inclines to prominence and the artistic nature of the text tends to get lost sight of. Nonetheless, all of the stimulating research briefly described can be seen to systematically attend to contextualized meaning-making strategies in the texts examined. It also enriches our knowledge of work going on in (again mainly Hallidayan) systemic functional stylistics, as well as the theoretical issues involved, which is its essential aim.

Afterwords [+–] 109-114
Closing the volume is an ‘Afterwords’, which speaks to the future directions systemic functional stylistic studies might take. Here the field has been restricted to Hasan’s SSS, to its future, since one can assuredly trust that Halliday’s stylistic work will continue to receive due regard both within and outside the SFL community, while Hasan’s stylistic legacy is indubitably less secure. Another choice made was to dialogue with Bowcher (2018), the closing chapter to a volume dedicated to Hasan and entitled ‘Future directions in the study of verbal art’. Many are the suggestions for future research that she makes and it is these that are assessed and responded to in this final part of the volume.
Notes 115-120
References 121-140
Name Index 141-144
Subject Index 145-148 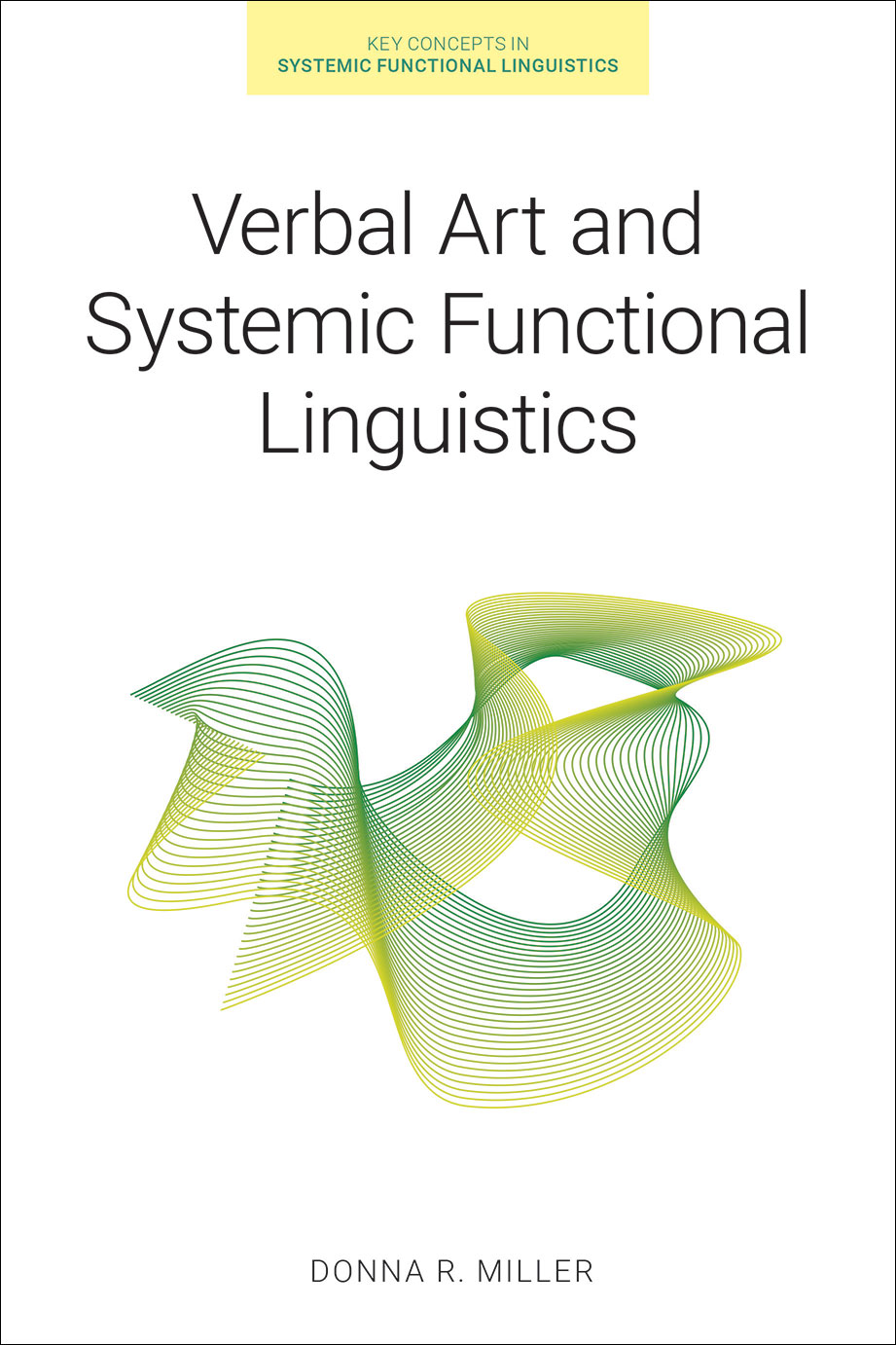 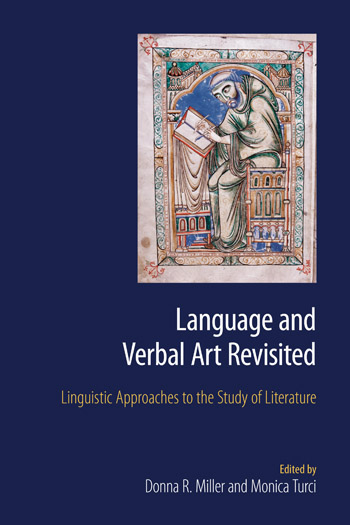