Diana Ambache was short-listed for the European Women of Achievement Awards (2002) for her pioneering work researching, presenting, broadcasting and recording music by women of the last 250 years; http://www.womenofnote.co.uk/ .

She was the first woman in Britain to found and direct her own classical orchestra, the Ambache Chamber Orchestra; they performed and recorded Mozart Piano Concertos and gave modern premières of works by female composers; http://www.ambache.co.uk/records.htm.

As a pianist she has given concerts, taught and lectured in over 30 countries on five continents. Teaching English as a foreign language has taken her to India, Laos, Myanmar and Peru.

Published in 2021, her first book: The Soul of the Journey is her account of the music and art inspired by the excursions of Fanny and Felix Mendelssohn to Scotland and Italy. Cambridge University Press issued her Grażyna Bacewicz, the First Lady of Polish Music in 2022.

Spanning the period from the French Revolution to the beginning of the First World War, Ambache reveals the breadth and diversity of women’s composing, placing their lives and works within a broad sweep of French political and social history.

So, for example, the Déclaration des droits de l’homme et du citoyen de 1789 recognised men (but not women); however that same year, Isabelle de Charrière composed her Airs et Romances, and aristocrat Hélène de Montgeroult survived the Reign of Terror by improvising variations on La Marseillaise. Towards the end of the 19th century, as France celebrated its recovery after the Franco-Prussian war, Augusta Holmès was commissioned to write Ode Triomphale for the Revolution’s centennial. Her opera La Montagne Noire, staged in 1895 would, nonetheless, be one of few operas by a woman to be produced at the Paris Opéra that century.

Ambache reveals a wide range of little-known composers such as Louise Bertin, the only composer Victor Hugo collaborated with – on the opera La Esmeralda, and Julie Candeille (the composer of Catherine or la belle fermière, the longest running opera by a woman), whilst also placing composers who we are now beginning to appreciate more fully in their musical and historical context: women such as Louise Farrenc, Pauline Viardot, Cécile Chaminade and Lili Boulanger.

Far more than simply a lady at the piano or even a successful salon hostess, Ambache argues that some thirty French women contributed substantially to French musical life in the 19th century.

Introduction [+–]
An overview of the musical developments between 1789 and 1914. There were over thirty women composers in France through this period; as well as the more familiar Farrenc, Chaminade and Boulanger, there were Marie Bigot, Sophie Gail, Hortense de Beauharnais, Pauline Duchambge, Jane Vieu and Henriette Renié.

The Revolution: 1789 [+–]
Idealistic and patriotic songs, such as La Marseillaise, were the most widely known musical pieces. The motto liberté, égalité, fraternité was publicised by Robespierre in 1790. There were huge public spectacles; such as 8 June 1794 The Festival of the Supreme Being, in the Champs de Mars. The Paris Conservatoire was founded in 1796. The three most notable women of the time were pianist, composer and librettist Caroline Wuiet (1766-1835), who wrote Esope au bal de l’Opéra, ou Tout Paris en miniature in 1802; Julie Candeille (1767-1834), whose Catherine ou la Belle Fermière (1794) was one of the ten most performed dramatic works of 1793-1795; and pianist, composer and teacher Hélène de Montgeroult (1764-1836), who published piano works between 1795 and 1812.

The Bourbon Restoration: 1815-1830 [+–]
Teacher and composer Marie Bigot de Morogues (1786-1820) published her Suite d’études in 1818. The heyday of the working class singing clubs, the Goguettes, began in 1818. The Concert Society of the Paris Conservatoire was founded in 1828. The popularity of opera and growing interest in instrumental virtuosity led to showy compositions; in 1825 Moscheles honoured the star singer Maria Malibran (1808-1830) with his composition Bijoux a la Malibran, op 72. Variations were the favoured form for such flamboyance, and Louise Farrenc’s (1804-1875) piano music included several sets of Variations. Her first set were on a them by her husband Aristide in 1825. In the manner of the time, she also used popular airs from the current operas, such as her op 5, Variations sur un theme de la Cenerentola, c 1828.

Louis Philippe: 1830-1848 [+–]
The Duke of Orléons facilitated grand opera’s rise to glory; (160,000 francs were spent on Meyerbeer’s Les Huguenots in 1836). Paris was a magnet for foreign musicians; Chopin, Rossini, Paganini and Liszt were drawn by its musical culture. At the heart of musical life in Paris, salons were increasingly important; the hostesses ranged from Juliette Récamier (1777-1849) to aristocrats such as Princesse Mathilde Bonaparte (1820-1904), niece of Napoléon I. Adapting The Hunchback of Notre Dame, Victor Hugo wrote the libretto of La Esmeralda for Louise Bertin (1805-1877) in 1836, Romances were popular, and Pauline Duchambge (1878-1858) published her Album musical pour l’année 1841. The Album de Mme Viardot-Garcia appeared in 1843. Louise Farrenc wrote her three Symphonies in 1842, 1845, and 1847.

The Second Republic: 1848-1852 [+–]
The success of Farrenc’s Nonet in E flat, op 38, in 1849, brought her equal pay as a Professor at the Paris Conservatoire. She wrote her Violin Sonata in A, op 39, in 1850, and went on to write the first Sextet for piano and wind in 1852. Two Piano Trios followed a couple of years later. There was some rivalry between the opera divas Giulia Grisi and Pauline Viardot (1821-1910). That year Viardot met Gounod in Rome, which led to his composing the opera Sappho for her in 1851.

The Second Empire: 1852-1870 [+–]
Farrenc’s unique contribution to the chamber music repertoire was recognised by being awarded the Prix Chartier in 1861 and 1869. The era of Napoléon III included concerts at the imperial court. Verdi and Wagner contributed importantly to the Parisian opera world. The Universal Expositions of 1855 to 1867 had important musical components. Marie Clémence de Grandval (1830-1907) wrote Six Nouvelles Mélodies in 1857. Her first operetta, Le Sou de Lise, appeared in 1859; and in 1867, she collaborated with Ivan Turgenev over her operetta Le Dernier Sourcier; it was first performed in 1867. In 1861 Pauline Thys (1836-1909) composed Six Fables de La Fontaine; and she founded the Association des femmes artistes et professeurs in 1877. Virtuoso pianist Marie Jaëll (1846-1925) composed a String Quartet in G minor in 1875. In 1895 she published her Le toucher, enseignement du piano … basé sur la physiologie. Augusta Holmès composed several Cantatas between 1871 and 1902.

La Belle Epoque: 1871-1914 [+–]
After the Franco-Prussian War, calling for more national expression in music, Saint-Saëns founded the Société National de Musique in 1871. In 1889, Holmès was commissioned to write her Ode Triomphale for the 100th anniversary of the Revolution. Written in 1885, her La Montaigne Noir, was the first opera by a woman mounted at the Paris Opéra (1895). The song La Mer was written by Jaëll in 1893. The interest in virtuosity continued, as seen in Chaminade’s 1886 Six Études de Concert, op 35. Pianist and teacher Blanche Selva (1784-1942) composed Paysage au soleil couchant (1904) and Cloches dans la brume (1905). Jaëll wrote two Piano Concertos (1877 and 1884). The move away from romanticism towards impressionism was a response to the movement in art, using colour to create impressions. There were other cross-cultural links, most evident with literature. Attracted to exotic topics, Jaëll wrote Les Orientales, on poems by Victor Hugo in 1893. In 1894 she composed the 18 pièces pour piano d’après la lecture de Dante (Divine Comédie). Rita Strohl’s (1865-1941) dramatic cello sonata of 1892 Titus et Bérénice was inspired by Racine. The Universal Expositions of this period introduced musical genres from around the world. Cécile Chaminade (1857-1944) wrote the opéra-comique La Sevillane in 1889, and Caprice Espagnol in 1890. Jaëll wrote two Piano Concertos (1877 and 1884), the symphonic poem Ossiane (1879), and the songs La Légende des Ours (1879). Based on the Cinderella fairy tale, Grandval’s operetta Cendrillon was premièred in Paris in 1899. Another fairy-tale-inspired work was La belle au bois dormant (1902) by Jane Vieu (1871-1955). The Spanish waltz Les Gitanos was composed by Mel Bonis in 1891. The exuberance of this time manifested in the Montmartre cabarets, such as the Moulin Rouge, which opened in 1889. Favourite subject of Toulouse-Lautrec, cabaret singer Yvette Guilbert (1865-1944) recorded Je suis pocharde (I am drunk) in 1907. Connections with the professors at the Conservatoire de Paris led to several of these women composing for their colleagues, including Grandval’s Quatre Pièces pour Cor Anglais (1878). Hedwige Chretien’s (1859-1944) Andante et Allegro was written for the 1886 trombone Concours. Similarly, Chaminade’s Concertino pour flute, op 105, (1902) was also an exam piece, as was the Fantaisie in C minor for clarinet by Holmès (1900). Another such work was the 1906 Fantaisie for viola and piano, op 18, by Hélène Fleury (1876-1957) The Boulanger sisters made notable contributions to French musical life; Lili became the first woman to win the Prix de Rome, in 1913, with her cantata Faust et Hélène. Her song cycle Clairières dans le Ciel was written soon after; it has a personal resonance and shows a special unity. Nadia collaborated with her mentor Raoul Pugno on her song cycle Les Heures Claires (1909), and on the opera La Ville Morte, written between 1909 and 1912. Henriettre Renié (1875-1966) made a unique contribution to the harp repertoire, such as her with her Concerto en ut (1902). Chaminade was the first woman de be awarded the Légion d’Honneur, in 1913. 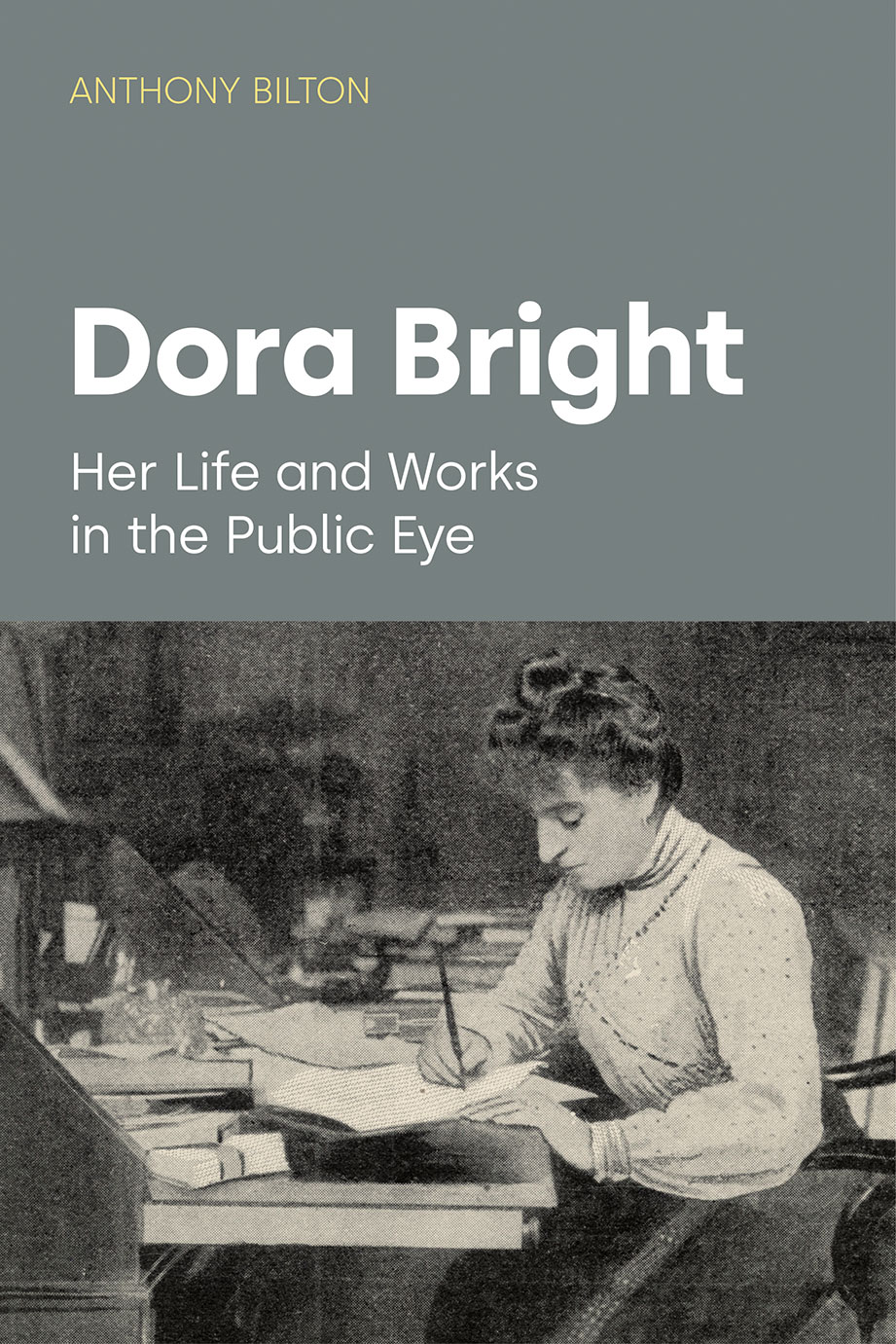