Albion's Sage for the New Age

John Michell, Radical Traditionalism and the Myth of Sacred England

Marleen Thaler has studied alternative religious movements and Western Esotericism at the University of Vienna, where she is currently a doctoral student.

The English writer, self-proclaimed radical Traditionalist, and esoteric theorist John Michell (1933–2009) influenced esotericists, New Agers, and contemporary Pagans through his theory of “Sacred Place”. Through books such as The Flying Saucer Vision(1967) or The View over Atlantis (1969), he aimed to re-sanctify the English landscape, and to launch a revived Golden Age with Glastonbury as point of departure. In Michell’s cosmology, the concept of the Heavenly City is reified by his triumvirate of the lost Atlantis, the contemporary Glastonbury, and the prospective New Jerusalem. His ambitious millenarian project follows a long tradition of attributing spiritual qualities to Glastonbury yet stands out due to its implication of sacred geometry and numerology. Ronald Hutton described The View over Atlantis in particular as “almost the founding document of the modern earth mysteries movement.”

Albion’s Sage for the New Age introduces and contextualizes sacred place and nature theories within the frame of alternative religious streams to aid in an analysis of Michell’s Sacred Place Theory. The book also elaborates on specific matters such as the contemporary religious stream of nature religion, and the British Earth Mystery Movement. Both streams embrace a great variety of nature related devotions and belief systems. Finally, it provides a discussion of the reception of Michell’s ideas within the “greener” portion of the European New Right and within the American “alternative right”.

Alternative Theories on Sacred Place and Nature [+–]
This chapter discusses sacred place and nature theories within the frame of alternative religious streams. Subsequently I shall elaborate on specific matters more closely, such as the contemporary religious stream of nature religion, and the British Earth Mystery Movement. Both streams embrace a great variety of nature related devotions and belief systems.

John Michell [+–]
This chapter introduces Michell by means of a detailed biography and the examination of his political world view. I shall draw here connections to the primary religious streams I have discussed in chapter two. Thereupon I shall focus on his literary corpus, predominantly his three seminal books: The Flying Saucer Vision, The (New) View Over Atlantis , and City of Revelation .

Glastonbury [+–]
Following Adrian Ivakhiv and Marion Bowman’s approach, I describe Glastonbury as a place with many faces. Thus, I am presenting many Glastonburys along their applied belief systems. Accordingly, I divide the presentation into a traditional, an alternative, and a compounded Glastonbury. By doing so I am aiming to consider Glastonbury’s spiritual attribution from various angles. Even though I am discussing both Glastonbury’s past and contemporary status as a sacred place, I am focussing on contemporary alternative perceptions.

Michell’s Sacred Place Theory [+–]
This chapter outlines Michell’s notion of Glastonbury as a spiritual hub, beginning with Plato’s Atlantis (a major influence on Michell) and including specific theories of Atlantis and Britain. Likewise, the idea of a British “New Jerusalem,” as enunciated by William Blake, was tremendously important to Michell’s cosmology.

Squaring the Circle [+–]
This chapter approaches the numerological implications of Michell’s theory of how the Heavenly City may be established by means of numerical keys. Thus, this chapter is the attempt of analysing Michell’s theory and his entire worldview through their common denominators, namely sacred numerology and geometry. By discussing the importance of numerical elements in a separate chapter, I intend to emphasize Michell’s esoteric and traditionalistic approach towards Glastonbury. 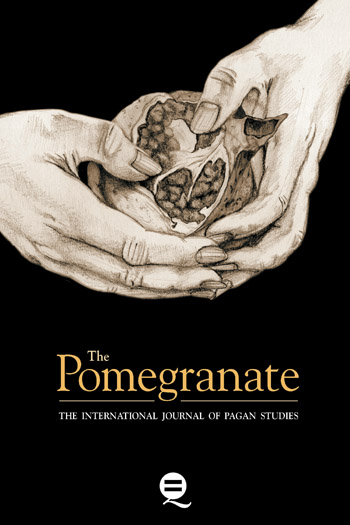