Born in 1810 in Meau-en-Brie, France, and surviving until 1858, Alexis Benoît Soyer fled to England during the July revolution of 1830. He had trained as a chef in Paris, rising to the role of second cook at the French foreign office. After working for various British notables, Soyer became head chef of the Reform Club in 1837 where he redesigned the kitchens, introducing many innovations including cooking with gas, water-cooled refrigeration and ovens with adjustable temperatures. He famously prepared breakfast for 2000 people in the Club when Queen Victoria was crowned in 1838.

His charitable and philanthropic undertakings included inventing the soup kitchen during the Potato Famine in Ireland and, of course, he risked his own life by travelling to the Crimean front to advise on Army catering. He wrote a number of books and even in this he had concern for the ordinary household as the titles of many of his book suggest:
Délassements Culinaires (1845)
The Gastronomic Regenerator (1846)
Soyer’s Charitable Cookery (1847)
The Poorman’s Regenerator (1848)
The Modern Housewife of Menagere (1850)
A Shilling Cookery Book for the People (1855)
Soyer’s Culinary Campaign (1857)

Elizabeth Ray studied at the London School of Economics and was a social worker in London and Kent for many years. She has always been interested in domestic and social history, and has written several cookery books and a biography of Alexis Soyer, as well as contributing to such magazines as Homes and Gardens and À La Carte and writing a food column for The Sunday Telegraph. Elizabeth Ray is the widow of wine writer Cyril Ray (with whom she wrote Wine with Food.

Major Michael Barthorp, distinguished military historian, specializes in the period 1815-1914 and has written two books on the Crimean campaign.

Alexis Soyer is known as the great cook of the Reform Club and author of a number of cookery books who single-handedly transformed Army catering which in the mid-nineteenth century was truly horrific. This is the first reprint of Soyer’s extremely rare book, first published in 1857, about his time in the Crimean War. Soyer, a Frenchman by birth who worked his entire life in the UK, went to the front at his own expense. He was a celebrity chef with a social conscience having also fed starving Irish during the Great Famine. His witty first-hand account is informative and vivid and conveys the conviction and diplomatic skills that enabled him to get things done. For instance, he reformed army food and developed the field stove which bears his name was which was still being used in modified form during the Gulf War. He became a friend of Florence Nightingale and used his contacts among the major military figures of the day to transform conditions for the ordinary soldier. Sadly, he himself never recovered from his time in the Crimea and died two years after the war ended.

The Army has plans to restore his tomb in Kensal Green, a belated gesture towards a man to whom it owes so much. The Guild of Food Writers have awarded the 2007 prize to Relish by Ruth Cowen, a full-scale biography of Alexis Soyer. 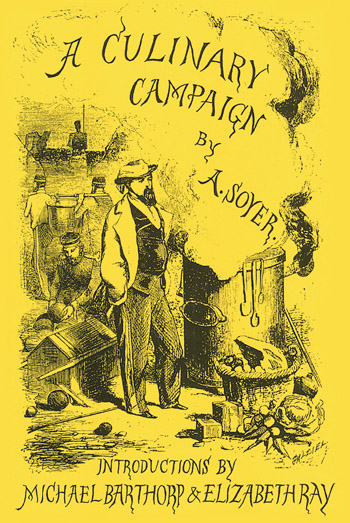 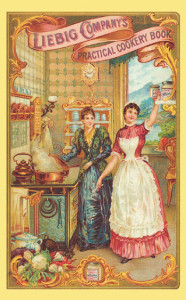