Cumulativity and Serialism in Syntax

Andrew Murphy is a postdoctoral researcher at the University of Leipzig where he obtained his PhD in linguistics in 2017.

Since its inception in the early 90’s with Prince & Smolensky, Optimality Theory has had a major impact on the study of linguistics. While it has been applied in various linguistic domains, it has clearly gained the greatest traction in phonology, where it has arguably become the most-widely adopted framework in current mainstream phonological theory. Furthermore, traditional Optimality Theory has been also pursued by syntacticians and has been shown to be fully applicable to this domain of grammar. However, OT syntax undoubtedly enjoyed its heyday in the late 90’s and early 2000’s and its influence has since waned. Currently, it is arguably ‘endangered as a research programme sui generis’. Since the height of research in optimality-theoretic syntax, there have been numerous developments within the theory. In particular, there has been a renewed pursuit of serial approaches, as well as the assumption of weighted constraints to account for cumulative effects. While these new theoretical advancements have received support from an ever-growing body of phonological studies, analogous arguments from syntax remain largely outstanding. It is this gap that this book aims to fill.

Harmonic Minimalism extends the framework of Serial Harmonic Grammar to syntax, combining it with mainstream Minimalist assumptions about basic operations, structure building and the ontology of formal features. The resulting theory is Harmonic Minimalism. This new framework combines both the serial optimization of Harmonic Serialism with the assumption of weighted constraints from Harmonic Grammar. Since has previous work has already demonstrated the applicability of Harmonic Serialism to syntax, one of the major new contributions of this monograph is to show that cumulative effects are also widely present in syntax. Furthermore, it is demonstrated that these receive an insightful analysis in a serial approach with weighted constraints. The arguments for cumulative effects come from a diverse range of syntactic phenomena from many different languages. There is a focus on multiple fronting constructions in Slavic, Korean and Hindi, which show puzzling restrictions when two independently possible processes are combined. We will also see various instances of movement restrictions with stranding of prepositions and quantifiers, as well as with movement of oblique-marked phrases. Moreover, cumulative effects can be readily identified in the domain of agreement, as will be shown for the long-standing puzzle of dative intervention in Icelandic, as well as data from complementizer agreement in Bantu and more complicated instances of relativized probing that is sensitive to the ø-features of the goal. What all of these examples have in common is that they are difficult to capture in frameworks without violable constraints. A theory such as the one developed can overcome these difficulties, however, and provide a unified account of these seemingly disparate phenomena.

This book is of interest to both syntacticians and phonologists interested in new developments in Optimality Theory, but also to non-OT syntacticians working on the various phenomena covered in the monograph. It provides detailed case studies of the individual phenomena discussed and also
provides some new data and empirical generalizations that add to the ever-growing body of syntactic data. One aim of this work is to dispel any myths that Optimality Theory is not compatible with syntactic data, as has sometimes been claimed more recently. The previously unnoticed preponderance of cumulative effects in the domain of syntax justifies the additional theoretical machinery argued for in this book.

Syntax is Optimality-theoretic [+–]
This introductory chapter lays the groundwork for the rest of the book. It will present an overview and justification of the optimality-theoretic approach to syntax. The chapter proceeds by first introducing the basic premises of Optimality Theory and the notion of violable constraints and competition. Subsequently, some of the major arguments that have been forward in favour of phonology will be shown to also hold for syntax. Novel arguments for neutralization come from complementizer-trace effects and R-pronoun doubling in German (Hein & Barnickel 2018), conspiracies are shown to hold for the C-domain in German and Distinctness effects (Richards 2010). Additionally, arguments for Heterogeneity of Target/Homogeneity of Process (HoT/HoP effects) come from PCC effects and mirrors arguments for such effects in hiatus repairs in phonology. Finally, gradient repairs are found with wh-movement in Romanian, analogous to the classic analysis of infixation in Tagalog proposed by Prince & Smolensky (1993/2004). In putting forward the case of OT syntax, this chapter will hopefully be the first step to convincing the skeptical syntactician reader that an optimality-theoretic approach to syntax is indeed justified.

Harmonic Minimalism [+–]
The second chapter will develop and motivate the Serial Harmonic Grammar framework for syntax and show how these properties are compatible with, and indeed often implicit in, mainstream syntactic analysis. This chapter is divided into two main parts that deal with the two components of the syntactic framework proposed in this monograph, namely Harmonic Minimalism. The first is derivational optimization, as it is known from Harmonic Serialism (e.g.McCarthy 2000, 2008a,b, 2010a,b, 2011, 2016, Pruitt 2010, 2012, Jesney 2011, Torres-Tamarit 2012, McCarthy et al. 2012, 2016, Elfner 2016). First, some classic arguments from phonology from McCarthy (2000, 2008a,b, 2010a, 2016) will be reviewed, and the core properties of this approach (e.g. gradualness, the nature of GEN) will be established. Subsequently, some of the arguments put forward by Heck & Muller (2003, 2013, 2016) for extending Harmonic Serialism to syntax will be presented. Finally, a number of examples of ‘hidden optimization’ will be discussed. These are analyses in mainstream Minimalism (e.g. Merge-over-Merge, Multitasking) that implicitly require the comparison of intermediate steps of a derivation, which is precisely what we find in Harmonic Serialism. The second major focus of this chapter will be motivating the additional of weighted constraints as in Harmonic Grammar (e.g. Legendre et al. 1990, 2006, Pater 2009a,b, 2014, 2016, Goldrick & Daland 2009, Potts et al. 2010, Jesney & Tessier 2011, Lionnet 2015, Jesney 2015, 2016, McPherson 2016). This part of the chapter will focus on how weighted constraints naturally give rise to cumulative effects. Important differences in the restrictiveness of Harmonic Grammar and its competitor OT-LC (Optimality-Theory with Local Conjunction) will also be highlighted. Furthermore, cases of ‘hidden cumulativity’ in mainstream syntactic analyses will be presented, arguing that cumulativity is a genuine feature of syntactic phenomena. The remainder of this chapter will be focused on laying out the details of the Serial Harmonic Grammar framework when combined with the assumptions of Minimalist syntax. Some important properties of this framework, e.g. gang effects, threshold effects and derivational amnesia, will also be highlighted.

Multiple Fronting [+–]
This chapter presents a detailed case study of multiple fronting constructions in three languages. The most detailed of these involves multiple wh-fronting in Slavic languages such as Serbo-Croatian, Polish and Russian. In particular, it will be argued that the ban on Multiple Left-Branch Extraction identified by Fernandez-Salgueiro (2006) and Grebenyova (2012) is best analyzed as a gang effect generated by violable constraints against multiple fronting and sub-extraction, respectively. It is shown that this view can be unied with a separate ordering restriction found with cases of ‘mixed’ multiple fronting. When combined with a serial approach to syntax, this analysis also correctly predicts the existence of subject/object asymmetries.is is because violations that participate in gang effects must occur in the same derivational step. It is argued that important property of Serial Harmonic GRammar emerges from this analysis, namely derivational amnesia. The analysis developed for multiple fronting in Slavic also extends to parallel data in Korean, where a similar subject/object asymmetry has been reported with multiple scrambling and quantifier stranding (Ko 2007). Additionally, another instance of illicit multiple that will be shown to follow the from a cumulative analysis will be presented from correlative fronting in Hindi (Bhatt 2003).

Movement [+–]
Further cases studies involving movement will be presented in the section. They can be broadly divided into two types: (i) stranding and (ii) case-related movement. For the first type, various instances of illicit stranding in English will be discussed. These include cases in which an element that can ordinarily be stranded cannot in a specific context. It will be argued that this is due to illicit cumulative interaction of constraints in a serial approach. The phenomena to be discussed include quantifier oat from small clauses (Starke 1995), P-stranding and embedded topicalization, P-stranding and extraposition (Drummond 2009), sprouting and P-stranding (Chung et al. 1995), P-stranding and embedded wh-movement (Chomsky 1986). In each of these cases, a violable constraint against stranding prepositions or quantifiers will interact with other constraints in the grammar to give rise to unexpected restrictions on stranding configurations in the language. This will provide several further instances of cumulative effects in syntax, which do not always have satisfactory alternative accounts. The second set of case studies involve movement of oblique-marked elements.While these elements can ordinarily be moved, there are constructions in which this seems to be restricted. In particular, I will discuss the ban on dative movement from ECM constructions in German (Heck & Muller 2016), ‘opaque’ intervention with wh-movement of datives in Icelandic (Holmberg & Hroarsdottir 2003), and pseudo-passives in Germanic (Abels 2003).

Agreement [+–]
This chapter will present cases studies of cumulative effects found with agreement. A major focus will be on deriving dative intervention effects in Icelandic, as well as the well-known person restriction (Sigursson & Holmberg 2008), as gang effects. It will be shown that these two phenomena can be unied in a constraint-based analysis. In addition, the interaction of complementizer agreement and passivization of raised objects in Lubukusu (Diercks 2013) will also be argued to constitute a gang effect with agreement. This chapter will also assess the prospect of treating well-known cases of hierarchy effects. Building on work by Georgi (2019), it will be shown that the choice of particular agreement controllers in such contexts can be conditioned by low-ranked markedness constraints. 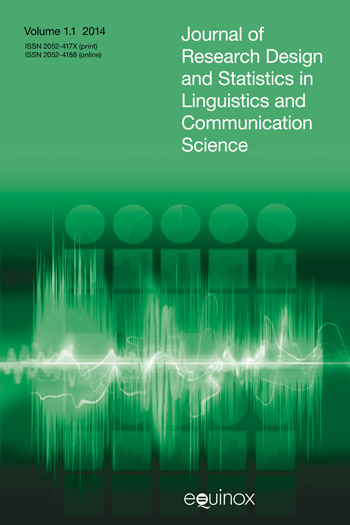 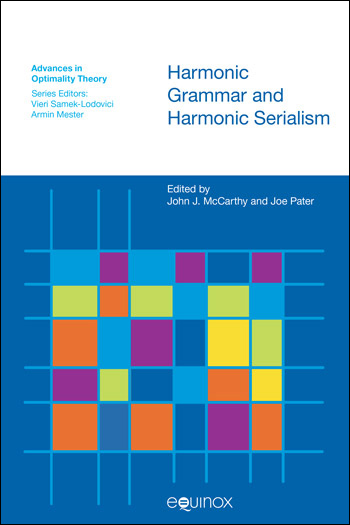