Legacies of the Occult

Marsha Aileen Hewitt is Professor of Religion at Trinity College and the Department for the Study of Religion in the University of Toronto. Professor Hewitt’s books include From Theology to Social Theory: Juan Luis Segundo and the Theology of Liberation (1990), Critical Theory of Religion: A Feminist Analysis (1995) and Freud on Religion (2014). She is a psychoanalyst in private practice.

In Legacies of the Occult Marsha Aileen Hewitt argues that some of the leading theorists of unconscious communication represent a ‘mystical turn’ that is infused with both a spirituality and a revitalized interest in paranormal experience that is far closer to James and Myers than to Freud.

Freud, the Unconscious and the ‘Irreligious’ Psychoanalysis of Religion [+–] 1-21
This chapter introduces key concepts such as the unconscious and the psychobiological dimensions of Freud’s concept of archaic inheritance, situating them in relation to more contemporary evolutionary theories. The inadequacy of literalist readings of Freud both distort and obscure the deeper symbolic meanings of theories such as his use of the Oedipus narrative and the primal horde. A detailed discussion of Freud and Jung on the nature of the unconscious and its relationship with other mental agencies identifies the decisive differences between Freud’s thoroughly irreligious naturalistic treatment of the unconscious and Jung’s far more spiritual approach. Jung’s religious psychology and that of William James, who was an important influence on his thinking, are two of the intellectual ancestors of mystical trends in contemporary American psychoanalysis.

Fluid Subjectivities, Extended Minds and Unseen Worlds: Mystical Psychologies of Frederic W.H. Myers and William James [+–] 22-57
A detailed analysis contrasting Sigmund Freud’s concept of the unconscious with the subconscious/subliminal regions of consciousness formulated by Myers and James illustrates their radically different notions of the unconscious mind. The psychological theories of Myers and James cannot be fully understood without a detailed analysis of psychical research carried out by the Society for Psychical Research in the late nineteenth century. While Freud accepted the limits of psychoanalysis in fully explaining telepathy, Myers and James formulated theories of telepathy in concert with psychic research. Their goal was to integrate their mystical intuitions within a naturalistic, scientific psychology of consciousness that continues to shape American psychoanalysis. Although rarely explicitly acknowledged, the spiritual psychology of Myers and James continues to exert a powerful influence on contemporary American psychoanalysis.

Telepathic ‘Presencing’ in the Analytic Relationship [+–] 58-87
Presentation of a clinical case of “telepathic” dreaming is explored by drawing upon a variety of contemporary psychoanalytic theories of intersubjectivity postulating the permeability of mental boundaries both between and within individual minds. A detailed discussion of Hans Loewald’s notion of the “psychic matrix” and the consciousness of nature draws upon Freud’s theory of primary narcissism. Several examples of psychoanalytic approaches to telepathic dreaming are discussed. Mircea Eliade’s idea of hierophany and the sacred structure of the psyche provides some theoretical coherence and clarity for identifying the mystical themes that circulate within psychoanalytic ideas about the “unboundaried” mind. Drawing upon Eliade further highlights the strong resonances between religion and non-Freudian psychoanalysis. The influence of selected tropes from quantum physics on psychoanalysis, a critical discussion of James Grotstein’s explicitly mystical psychoanalysis and its unacknowledged but profound debt to James’s idea of the ‘More’ of a cosmic consciousness is also examined.

What is the ‘this’ that Changes Everything? [+–] 88-117
This chapter discusses Freud’s ideas on telepathy considered in the context of his views on the irreconcilable nature of science and religion. Some contemporary American psychoanalysts oppose Freud’s oppositional dualism in their embrace of paranormal science and quantum mechanics. They prove and explain not only telepathy, but also justify belief in a transcendent order of reality by providing epistemological warrant for spiritual beliefs and intuitions. A critical examination of the most important representative of “parapsychoanalysis”, Elizabeth Lloyd Mayer, illustrates the continuing influence of Myers’s and James’s efforts to integrate spirituality and science. Situating Mayer and her colleagues in a dialogical relation to religious studies, especially Eliade’s thought, helps illustrate how reliance on paranormal science blurs and confuses, rather than integrates or reconciles, the distinctions between science and spirituality.

Psychoanalytic Hierophanies: The Sacred in Transit [+–] 118-152
Both psychoanalysis and the study of religion have a shared interest in investigating and seeking to understand the diverse array of human experiences of unseen worlds and hidden realities. To fully understand religions, scholars must not only investigate beliefs, actions and worldviews, they must also attend to the minds that create them. Psychoanalysis is indispensable to the study of religion. A critical engagement with the work of the historian of religions, Jeffrey J. Kripal, whose thought is strongly influenced by Myers, James, and psychoanalysis, is a central focus of this chapter. Whitley Strieber, the American author whose abduction experiences are discussed by Kripal, and Christoph Haizmann, the seventeenth-century painter whose pact with the Devil is interpreted by Freud, are discussed through the interpretive lens of trauma. Thomas Ogden’s work on dreams illustrates how to think psychoanalytically about subjective experience, no matter how strange. The discussion of Strieber and Haizmann from the perspectives of psychoanalysis and the study of religion creates a hermeneutical third that holds the tensions between dismissive skepticism and thoughtless belief in order to advance understanding the minds that create the strange worlds depicted in religion and cultural myths.

Concluding Thoughts on the Psychoanalytic Psychology of Religion [+–] 153-158
Freud was adamant that psychoanalysis and religion are irreconcilable opponents because science and religion are irreconcilable. Like science, psychoanalysis must proceed along the lines of painstaking research and the development of theory in the light of clinical observation. The unconscious may be mysterious, but it is not mystical. A discussion of the case of Herr P. shows that Freud’s acceptance of telepathy was the result of clinical observation. He insisted that telepathy would eventually be explained by science. Freud was well aware that his inclusion of telepathy as a legitimate domain of psychoanalytic inquiry risked opening the door to the outcome he objected to most strenuously: the spiritualization of psychoanalysis. As a scientist committed to standing up for the truth no matter how uncomfortable or inconvenient, even for himself, he stood by his acknowledgement of telepathy in spite of considerable pressure not to publicly do so. For Freud, the strange, irrational world of psychic reality and the unconscious were as worthy objects of scientific investigation as any other.

Listen to interview with the author by David Schwartz on his (Dec. 27, 2020) podcast, Off the Couch

I found this book profound, brave, fair, and often genuinely moving. I felt myself in confident and sure hands with Hewitt’s intellect, prose, and analysis.

One of the book’s and the author’s great virtues, or acts of courage and humanity, is that the conversation opens out onto a new field of inquiry that is really quite old (the paranormal, the occult, the magical) and, as such, attempts to make some better sense of an entire spectrum of human experience that has been ignored, or just mocked, in the modern academic world. A number of us have been intuiting or orbiting around these strange phenomena for some time (and I detect a real quiet renaissance here, in which Hewitt’s book will certainly participate), but in a way that generally lacks the broader history of psychology and therapeutic frameworks that Hewitt provides with such precision and richness.
Jeffrey J. Kripal, J. Newton Rayzor Professor of Religion, Rice University

Hewitt (Univ. of Toronto) looks at three early theorists of occult psychological phenomena, William James, Sigmund Freud, and Frederic W. H. Myers, to offer an updated account of what the (often hidden) presence of occult phenomena means for the field of religious psychology today. Early postulations of phenomena such as thought transference (telepathy) are shown to inform the ways that an increasing number of scholars of religion and psychology are rethinking the range of human experience to include aspects of existence that have been ridiculed in the recent past. In a review of her 2014 work Freud on Religion, Hewitt drew praise for having restored "attention to the contribution of Freud’s thinking to the contemporary study of religion" (CH, Jan'15, 52-2829). A central question of emerging concern here is how religion and, for that matter, psychology will continue to be relevant as ways that, to paraphrase the German philosopher Habermas, normalize human interaction with what is extraordinary. This book offers a rich account of the place of the occult in psychoanalysis, psychology, and religion and will appeal to readers interested in not only the history of psychology or psychoanalysis but also the history of ideas more generally.
Summing Up: Recommended. Upper-division undergraduates. Graduate students, faculty, and professionals.
CHOICE 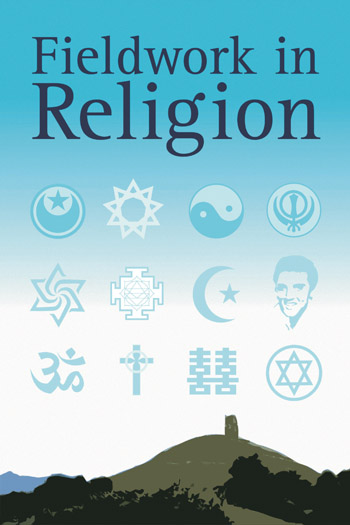 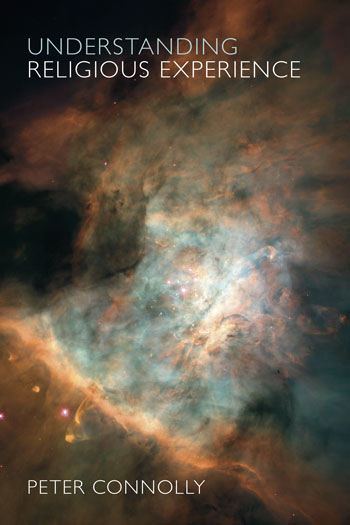