Pills, Life, Agency takes an in-depth look at a highly repercussive context of healthcare. It aims to describe the nature and extent of shared decision-making between patients with HIV and their doctors, and how agency and identity are negotiated within discussions around treatment and adherence. A secondary aim is to demonstrate the value and raise the visibility of functional linguistics as a methodology in health communication. Material for the book includes 75 consultations between Sydney doctors and patients with HIV during the late 1990s, capturing an important historical moment for HIV medicine and participatory approaches more generally.

For linguists, the main message of Pills, Life, Agency is that phenomena such as the agentive relations between participants in institutional (and other) contexts need a model that co-ordinates descriptions at multiple strata – one cannot move directly from clause-level or word-level descriptions to an adequate description of the context. If a multistratal approach is taken then the important interactive work of ‘semiotic agency’ (Moore 2003) can be revealed through textual analysis. For healthcare researchers, this book will provide an alternative way of modelling clinical interaction, one that can accommodate language complexity and variability.

Introduction [+–]
Chapter 1 outlines the problems considered in this book and the lines of attack that will lead to some proposed solutions. It also situates the dataset in the historical context of HIV medicine and the influence of HIV medicine on clinical practice, by way of demonstrating the continued relevance of the material.

Models of Shared Decision-Making in Medicine [+–]
Chapter 2 calibrates dominant models of doctor-patient decision-making against empirical research and ‘perspective pieces’ from health and relevant sociological and sociolinguistic lines of enquiry. Although essentially a literature review, this chapter offers an original critique of dominant approaches taken within healthcare research to the question of understanding what shared decision-making is and the extent to which it occurs.

Framing the Study [+–]
Chapter 3 outlines the methods and data of the present study. This includes an overview of the Halliday/Hasan multistratal approach to analysing register and context, in particular the use of semantic networks and statements of generic structure potential.

Modelling Agency – Why and How? [+–]
Chapter 4 demonstrates the centrality of the social category of agency in research on shared decision-making in HIV, and considers how social theory and linguistics might be brought together to help to clarify the role of agency and the resources used in its expression. The notion of meaning potential is explored as a way of teasing out different levels of interactive patterning that construe agency. This chapter mixes the presentation and analysis of original data with an original critique of the way the concept of social agency is deployed in linguistic and other forms of textual analysis.

Building a Description of HIV Treatment Decision-Making as Social Context [+–]
Chapter 5 pursues the analysis of agency at the level of context, as one of the contextual parameters which characterise HIV treatment decision-making as a specific institutional, medical context. The context is also described more generally in Systemic Functional Linguistics (SFL) terms (Halliday 1978, Halliday and Hasan 1985, Hasan 2014; Butt 2004), drawing on the constructs of Field, Tenor and Mode, suggesting that definitions of shared decision-making must be responsive to its variable realizations.

Agency and Alignment [+–]
Chapter 6 presents a networked description of how doctors and patients represent each other semantically as social agents or potential agents. The network, which develops work by van Leeuwen (esp. 1995, 1996) and others, draws together the key textual resources HIV patients and their doctors in this corpus appear to mobilise for construing and enacting agency in decision-making. In the second part of the chapter this framework is used to explicate the dynamic negotiation of agency and of particular treatment choices in extended text extracts, focusing especially the divergence and convergence between speakers and their perspectives from moment to moment, and the cumulative result.

Study Conclusions and Implications [+–]
Chapter 7 draws out the key findings and briefly outlines their implications for reviewing and planning HIV treatments, for modelling shared decision-making in future research, and for professional development and peer/patient development. Some comments are also made about the usefulness and generalisability of the discourse analytic tools used in the study.
ISBN-13 (Hardback)
9781781796641
Price (Hardback)
£75.00 / $100.00
ISBN (eBook)
9781781796658
Price (eBook)
Individual
£75.00 / $100.00
Publication
01/10/2021
Pages
256
Size
234 x 156mm
Readership
scholars

Healthcare researchers will find in it an important and detailed model of shared decision making, while systemic-functional linguists and other applied linguists will find in it a model of how analytical depth can go together with relevance for the field of application.
Professor Theo van Leeuwen​, University of Technology, Sydney 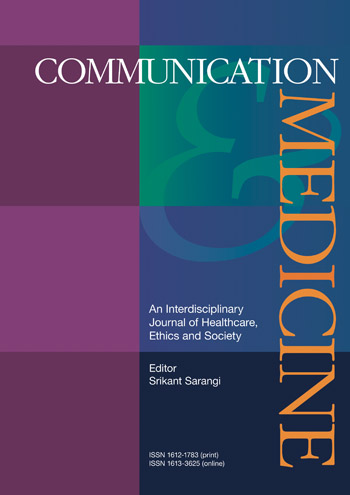 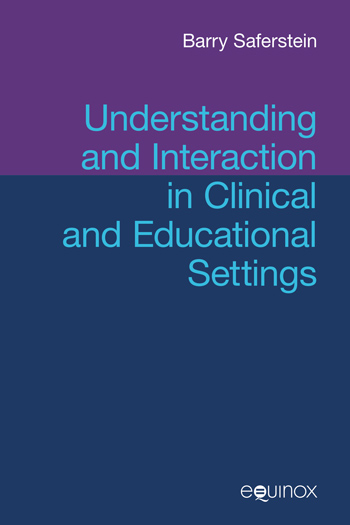