Social and Cognitive Perspectives on the Sermon on the Mount

Rikard Roitto is University Lecturer of Biblical Studies at the Stockholm School of Theology at University College Stockholm.

Colleen Shantz is Associate Professor of Christian Origins and Biblical Studies at St. Michael’s College in the Toronto School of Theology and Dept. for the Study of Religion, University of Toronto.

Petri Luomanen is Professor of New Testament and Early Christian Culture and Literature in the Faculty of Theology at the University of Helsinki.

Social and Cognitive Perspectives on the Sermon on the Mount introduces a broader group of scholars, students, and clergy to the relevance of social scientific and cognitive studies for interpretation of the Bible, by applying these approaches to what is possibly the most read and discussed text in the Bible. Because these approaches are invested in patterns of human cognition and social mechanisms, this collection highlights the persistent appeal and persuasiveness of the Sermon: from innate moral drives, to the biology of emotion and risk-taking, to the formation and obliteration of in-group/out-group distinctions. Through these socio-cognitive theories the authors show why—even across cultures and history—the Sermon continues to grip both individual minds and groups of people to shape moral communities.

6. Emotional Repression and Physical Mutilation? The Cognitive and Behavioural Impact of Exaggeration in the Sermon on the Mount [+–] 133-173
Thomas Kazen £17.50
Stockholm School of Theology, University College Stockholm
Thomas Kazen is Professor of New Testament Studies at Stockholm School of Theology, University College Stockholm.
In his second contribution to the volume, Thomas Kazen discusses the effect of hyperboles on the listener. A long history of reading the Sermon as authoritative commands within a theological framework has made it difficult for most readers to appreciate the humorous surprise present in its exaggeration. In this situation, linguistic research on the cognitive and communicative function of hyperbole illuminates this hidden feature. When we hear a hyperbole, we negotiate the literal meaning of the hyperbole with a realistic version of the event and end up with a blend of the two, that—if successful—allows us to see matters in a new way. The vivid quality of hyperbole is also a source of humour and evokes emotions, which trigger engagement and guide moral evaluation of the topic at hand. According to relevance theory, those who hear hyperbole will intuitively understand that it is not meant literally, given that the contexts (the literary context of the saying as well as the context of the hearer) make such an interpretation more relevant than other interpretations. Through contemporary linguistic insights, Kazen helps us appreciate the quality of Jesus’s hyperbole anew. Matthew’s redactional activity sometimes softens the hyperbolic character of these sayings to make them more viable as moral exhortation (e.g. in the beatitudes, 5:1-12). In other cases, the hyperboles are stark (e.g. the so-called anti-theses, 5:21-48). The shocking disproportions were probably not taken literally by the Matthean audience, but nevertheless provoked a sense of moral urgency as their minds negotiated the absurd literal interpretation with their sense of proportion. Perhaps this provocative quality is one of the major reasons behind the continuing rhetorical power of the Sermon.
7. Parables in the Sermon on the Mount: A Cognitive and Rhetorical Perspective [+–] 174-204
Lauri Thuren £17.50
University of Eastern Finland
Lauri Thuren is Professor of Biblical Studies at the University of Eastern Finland.
Lauri Thuren takes on all the 18 parables of the Sermon. Just like Lahti’s chapter below, the interpretative tool is Toulmen’s pragma-dialectics. The first part of the chapter gives an overview of the differing qualities of the parables. Some of them are complex, full narratives while others are simple rules. Some argue by means of credible premises that nobody would question while others postulate premises that an audience might find questionable. The second part gives brief analyses of the argumentative structure of the parables in order to explore their persuasive power to their audience. In the final section Thurén suggests that the parables help the reader explore the meaning of discipleship by means of entering the world of the parable. The contents of the parables are far less shocking than many of the exhortations in the Sermon and help the reader/listener to view their life in a new way, which in turn facilitates the process of accepting the adjoining exhortations.
8. Is there a Reason to Worry? A Pragma-Dialectical Analysis of Matthew 6: 25-34 [+–] 205-235
Niilo Lahti £17.50
University of Eastern Finland
Niilo Lahti is a Project Researcher at the University of Eastern Finland.
Niilo Lahti asks whether Jesus convincingly argues that there is no reason to worry (6:25-34). He does so by means of Stephen Toulmen’s model for analyzing the argumentative structure of rhetoric, called pragma-dialectics. With pragma-dialectics, we can disentangle complex argumentation and strategic rhetorical maneuvering in order to evaluate whether the arguments in the Sermon can convince the reader to accept the claim that worry is superfluous. The starting points of the argumentation, that birds and lilies do not worry, might not strike the reader as a fair analogy and could thus be questioned; nonetheless, they function as strategic manoeuvers to confront the reader. However, the argumentation of the passage lets the reader know that these examples illustrate the arguments that God supports those who do not worry and that worries cannot prolong one’s life. These two lines of argument are backed by various supporting arguments and cumulatively support the claim. Although the rational arguments might not convince every sceptic, Jesus speaks authoritatively as one who lives according to his teaching and the idea of a life free from worries is appealing to our emotions. Thus, the arguments of the Sermon are powerful enough to convince at least those who view Jesus and his way of life as authoritative.

9. Hypocrites and the Pure in Heart: Religion as an Evolved Strategy for In-Group Formation [+–] 239-263
John Teehan £17.50
Hofstra University, USA
John Teehan is Professor of Religion at Hofstra University in Hempstead, New York.
John Teehan reads the Sermon in the light of the thesis that human morality has evolved as an ingroup adaptation and that religion has evolved to foster cooperation. Moral codes enforced by punishment of transgressors allows generosity within the ingroup, since it reduces the threat of free-riders and encourages reciprocation. Costly religious rituals allow group members to signal their commitment to group norms, and the belief in a morally interested all-knowing God that punishes evil and rewards good encourages group members not to cheat even if no human will discover their transgression. Teehan uses these insights to analyse how the Sermon forms a communal identity and moral ethos for the newly formed group of Matthean followers of Jesus. The radical interpretation of the Torah in the so-called antitheses distinguishes the group from other groups and encourages intensified trust in other group members. Alms, fasts and prayers performed in secret before the all-knowing God are a signal of commitment that cannot be judged as being insincere (hypocritical), but at the same time effectively turns those signals into a signal only to oneself and God. Instead, other costly signals, such as willingness to suffer for one’s identity, fills the function of signalling group commitment.
10. ‘Whoever is Kind to the poor Lends to Yahweh, and will be Repaid in Full’ (Prov 19:17): Patterns of Indirect Reciprocity in the Book of Proverbs and in the Sermon on the Mount [+–] 264-285
Anne Katrine de Hemmer Gudme £17.50
University of Oslo
Anne Katrine de Hemmer Gudme is Professor of Hebrew Bible at the University of Oslo.
Anne Katrine de Hemmer Gudme sets out to understand the rationality of the command to give alms in secret (6:1-4) by making use of research on reciprocity and gift-giving in anthropology and evolutionary studies. Gift-giving is an open-ended form of delayed and often asymmetrical reciprocity that fosters good long-term relations. Gudme pays special attention to how the perceived rationality of alms changes when God enters the exchange as receiver and giver of favours, for instance in the Jewish Wisdom Literature. From an evolutionary perspective, altruistic giving is potentially detrimental for the individual givers, but often beneficial for the survival of the group. The idea of Big Gods―morally interested all-knowing gods―allows for a more generous attitude, since givers can hope for divine blessings. Jesus’s promise in the Sermon that “your Father who sees in secret will reward you” (6:4) is a prime example of how belief in Big Gods can promote altruism.
11. Macarisms and Identity Formation: Insights from the Comparison of 4Q525 and the Sermon on the Mount [+–] 286-306
Elisa Uusimaki £17.50
Elisa Uusimäki works on the literary and cultural history of Judaism in antiquity, serving as an associate professor at Aarhus University. She also holds the title of docent at the University of Helsinki. Uusimäki has published on topics such as wisdom, ethics and exemplarity, early biblical interpretation, travel in antiquity, the Dead Sea Scrolls, and Hellenistic Judaism.
Elisa Uusimäki builds on the social identity approach as she compares the macarisms of the Sermon (5:1-12) with those in 4QBeatitude (4Q525). Both sets of macarisms declare and urge prototypical attitudes for their recipient communities. Social identities are cognitive categories with borders and prototypical ideals, shared among community members, that facilitate differentiation from outgroups. The macarisms of the 4QBeatitude are characterized by contrastive language, those of the Sermon less so, but both formulate an identity prototype with character traits that sets the audience communities apart from other groups. An interesting feature shared by the two texts is the formulation of their identity in royal terms: as participants in their respective communities they inherit royal status.
12. Remembering the Sermon in the Mountains of France [+–] 307-332
Alicia J. Batten £17.50
University of Waterloo
Alicia J. Batten is Professor of Religious Studies and Theological Studies at the University of Waterloo.
Alicia Batten concludes the volume with a fascinating example of a network of communities that can be said to have lived inspired by the ethos of the Sermon: Plateau Vivarais-Lignon, especially the town Le Chambon-sur-Lignon, in France during World War II. Non-conformist groups of Christians from different denominations hid and protected Jews and others who fled from the German occupiers. Social memory theorists suggest that although social memory is malleable and constantly under negotiation, it can gain a certain amount of stability, especially when it is manifested in cultural objects, not only in individuals’ memories. The Sermon, well known and objectively present in printed form in European culture, can be seen as social memory with potential to guide and restrain present behaviour. Protestant Minister André Trocmé, who was instrumental in this network of activists, exemplifies how the Sermon as social memory could inspire such activity. Trocmé preached pacifism and non-violence in a time of war, and frequently reflected on the Sermon in his writings to motivate his position. His views were not his own, though, but shared by the network of communities in which he was active; they were expressions of an action-inspiring social memory in which the Sermon was paramount. 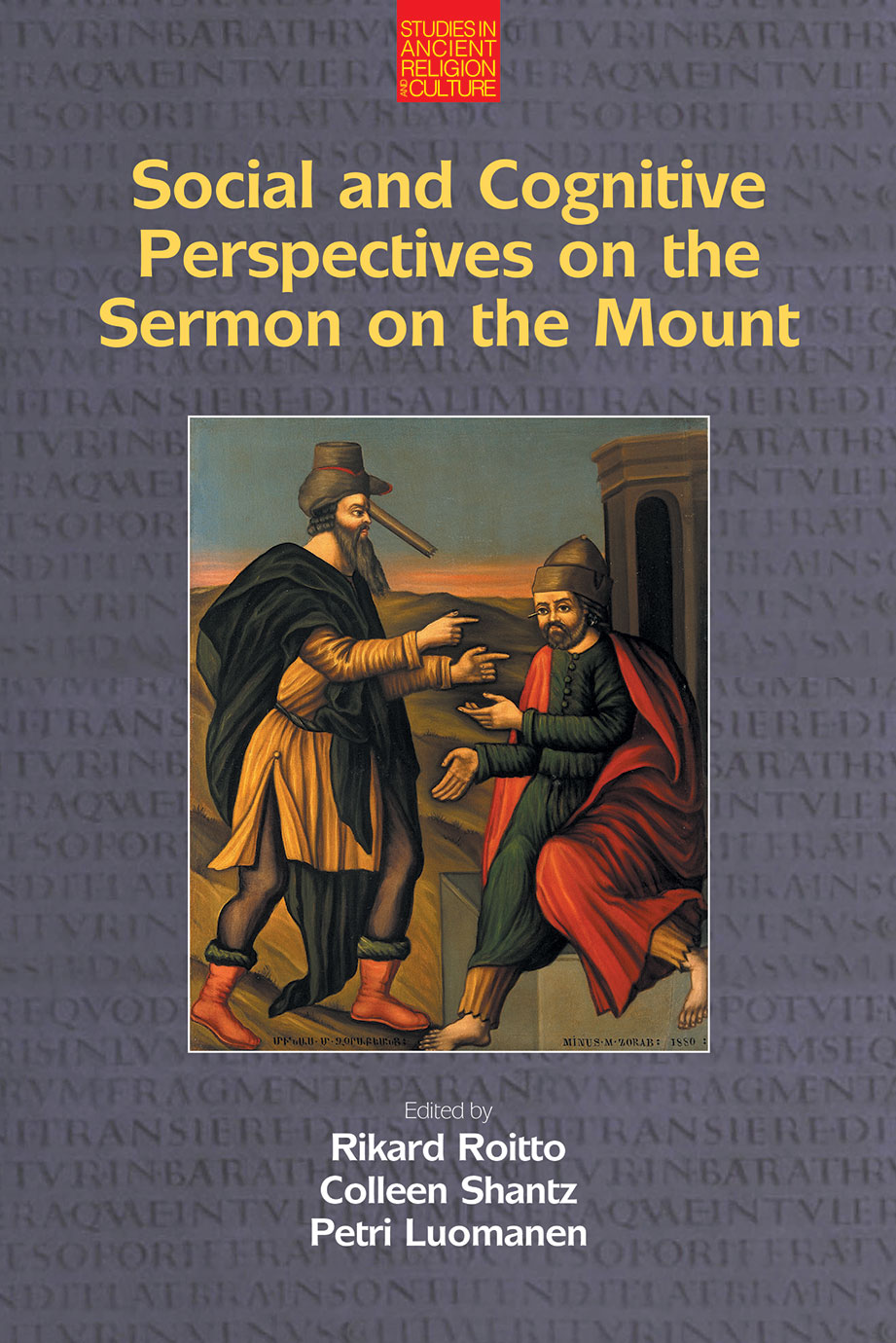 An intriguing and stimulating study which re-interprets the text with more attention to social and cultural perspectives here and now.
Baptist Times 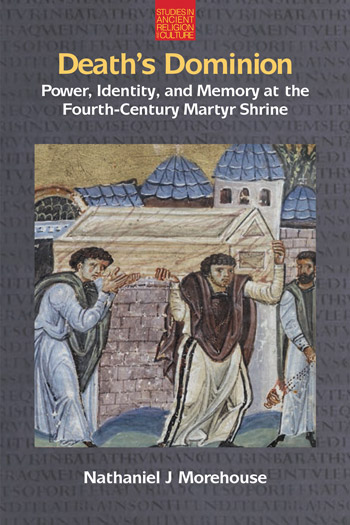