Somewhere Between Islam and Judaism

One would think that the space between Islam and Judaism would prove fertile enough to engage in questions of social, religious, cultural, and intellectual interactions. Yet, for a variety of political reasons, this is unfortunately rarely the case. In Somewhere Between Islam and Judaism, Hughes reflects on what it means to work in both traditions, but feel at home in neither. The essays collected in this volume provide a set of critical reflections on what it means to study these two religious traditions within the larger context of the academic study of religion. Using case studies that span from the rise of Islam to the current state of Islamic studies and Jewish studies, this work examines the discourses that scholars use to bring Islam and Judaism into what they believe to be sharper focus. In the process, Hughes forces us to confront the countless blindspots, assumptions, and problematic assertions responsible for structuring and framing Islamic and Jewish data.

Somewhere Between Islam and Judaism will be of interest to scholars and students of religion concerned with comparison, and to those studying Islam, Judaism and Jewish–Muslim relations.

Somewhere Between [+–] 1-8
Explains the rationale behind the volume and gives reflections on a lifetime spent examining Judaism and Islam, Jewish studies and Islamic studies,

1. The Current State of Islamic Studies [+–] 11-32
Chapter 1, The Current State of Islamic Studies, is based on a lecture I gave at the Institute for the Study of Muslim Civilisations at the Aga Khan University in London. The organizers had asked me to give a lecture wherein I would reflect on the ways that my trilogy of books—Situating Islam, Theorizing Islam, and Islam and the Tyranny of Authenticity (two of which were published with Equinox) have helped to shape the field of Islamic studies today. The lecture (and now chapter) examines the reception of my work in the field, analyses its impact, and shows what has changed and what has stayed the same.
2. The Current State of Jewish Studies [+–] 33-51
This chapter, like the first one, will allow me to reflect on the current state of Jewish studies as a field of study: its history, its problems, and its prospects for the future.

3. Destabilizing “Judaism” in Late Antiquity [+–] 55-69
The third chapter, Destabilizing “Judaism” in Late Antiquity, was originally delivered as a seminar paper for a workshop on New Trends in Jewish Studies at Emory University in Atlanta. The paper argues that, in order to avoid its apologetic and ethnocentric excesses, the field of Jewish studies needs to jettison its basic narrative that reifies something called Judaism and that tries to articulate Jewish continuity between biblical times and the modern day. Problems in that narrative, are either thinly papered over or largely ignored, as an examination of the Jews on the Arabian Peninsula at the time of Muhammad clearly reveals.
4. Zindīqs and the Construction of Islamic Orthodoxy [+–] 70-89
The fourth chapter, Zindīqs and the Construction of Islamic Orthodoxy, is based on a lecture I gave at the Oriental Institute at Oxford University. It demonstrates how the term “zindīq” (heretic) was used to refer to individuals, though rarely communities, who were believed to be nominally Muslim, but who subscribed to what were increasingly becoming non-orthodox practices or beliefs. It was a catch-all phrase that could be used to describe everything from Manicheans to libertines, and from court secretaries to one’s theological opponents, it argues that zindīqs served a double role: They revealed the wages of improper belief, just as they aided in the articulation of true belief.
5. Modern Back-Projections and their Repercussions [+–] 90-108
The fifth chapter, Modern Back-Projections and their Repercussions, is based on a lecture I gave at the University of Exeter. Building on the previous chapter, it argues that despite the secular context of the Western academy, the study of Islam retains many of the assumptions and tacit presuppositions examined in our early sources. We see this acutely in how Islamic studies deals with Jews and other minoritarian groups. Not only are all of these non-Sunnī traditions marginalized in our modern academic narratives, the language used to situate them has strayed little from the categories and structures encountered in the earlier theological tradition.

6. The Study of Islam in the Age of Trump [+–] 111-126
Chapter 6, The Study of Islam in an Age of Trump, is based on lectures I gave at the Aga Khan University, the Freie Universität of Berlin, and the University of Frieburg. It provides an autobiographical account as a way to show some of the problems besetting the study of Islam going into the future.
7. Abrahamic Religions: The Second Generation [+–] 127-146
Chapter 7, Abrahamic Religions: The Second Generation, was delivered as a lecture to the Faculty of Divinity at the University of Cambridge. In 2012 I published a volume titled Abrahamic Religions: On the Uses and Abuses of History with Oxford University Press. Therein I argued that the term “Abrahamic Religions” was extremely problematic. The term, however, remains. In this lecture/chapter I argue that, since the term seems to be here to stay, we need to rethink and rehabilitate it.
8. The Study of Religion as a National and Nationalist Project [+–] 147-163
At first glance, this chapter might seem like an outlier in the sense that it deals neither explicitly with Islam nor Judaism, but instead reflects on the study of religion at the current moment. Using the study of religion Canada as its “e.g,” it argues that category “religion” is intimately caught up with the modern nation state. It is, after all, the state—with is overlapping legal, political, and social infrastructures—that is the ultimate arbiter of what gets to count as a religion and what does not, and who is religious and who is not. Religion is thus imagined, constructed, and situated in specific national frames of reference. These frames, unfortunately, are rarely examined and we instead operate as if there exists some trans-national study of religion.

Aaron W. Hughes emerges as a critic and corrector, alerting scholars of Islam and Judaism to how these two religions should be critically, philologically and historically seen alongside each other…being critical and analytical, Hughes suggests, leads us to be inclusive of other peoples and ideas. Signifying that nothing is “marginal” and that there is no “the other”, this monograph dismantles the “us” versus “them” that structures the field.
Majid Daneshgar, author of Studying the Qur'an in the Muslim Academy

Theoretically and methodologically provoking, this book invites us to reflect critically on the lines that separate and connect Islamic Studies, Jewish Studies, and Religious Studies. Hughes’ critique is directed to both the researchers and institutions: given the ideological and political currents that have fraught these fields from the very beginning, where do we locate ourselves? Does our work contribute to problematizing these currents, cementing them, or dismantling them? Conceived as a compilation of delivered lectures and essays, the book prompts us to question everything we write – a privileged position that we must not take lightly as we endeavour to expand, revitalize, and in the current climate even defend, the role of research in Humanities and Social Sciences.
Professor Amila Buturović, Faculty of Liberal Arts and Professional Studies, York University, Canada

The academic study of Islam and of Judaism have a long, intertwined past. Some of the great early scholars of Islam were Jews and the overlapping nature of these religious traditions has been duly noted for centuries. In this engaging book, Somewhere Between Islam and Judaism: Critical Reflections, Aaron Hughes, who is one of the few scholars who contributes prolifically to both fields, offers personal and scholarly reflections on the nature of both disciplines within in the broader context of the study of religion. Hughes notes that in today’s contested political climate and scholarly biases of the western academy, it is often forgotten what these two religious traditions share and how they differ. The book is not about Islam and Judaism per se but rather the “various genealogies, lenses, terms, and narratives that scholars use to bring Islam and Judaism into what they believe to be sharper focus.” A significant contribution to the critical study of religion.
Shaul Magid, Professor of Jewish Studies, Dartmouth College 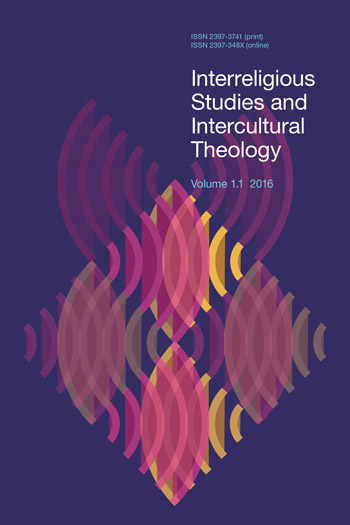