Emily Leah Silverman received her PhD from the Graduate Theological Union in Berkeley, California. She is president of the American Academy of Religion Western Region and the author of Edith Stein and Regina Jonas: Religious Visionaries in the Time of the Death Camps (2013) and co-editor (with Dirk von der Horst and Whitney Bauman) of Voices of Feminist Liberation: Writings in Celebration of Rosemary Radford Ruether (2012).

Professor Souad T. Ali is head of Classics and Middle Eastern studies, founding chair of the Arizona State University Council for Arabic and Islamic Studies; coordinator of Arabic Studies; associate professor of Arabic literature and Middle Eastern/Islamic studies in the School of International Letters and Cultures (SILC). She is simultaneously an affiliate graduate faculty member in English, women and gender studies, religious studies, and justice and social inquiry; as well as an affiliate faculty member in the Center for the Study of Religion and Conflict, African and African-American studies, Center for the Study of Race and Democracy, Institute for Humanities Research, and Arizona Center for Medieval and Renaissance Studies. A scholar with international recognition, Professor Ali is a recipient of several awards including, the ASU Faculty Women’s Association Outstanding Graduate Mentor Award (2017); the ASU Outstanding Advisor of the Year (2019), among others.

A Fulbright Scholar, Professor Ali is the author of A Religion, Not A State: Ali ‘Abd al-Raziq’s Islamic Justification of Political Secularism (University of Utah Press 2009), The Road to Two Sudans, an edited volume of which she is the lead editor, has been published internationally by Cambridge Scholars Publishing (2014). Ali’s third book is Perspectives of Five Kuwaiti Women in Leadership Roles: Feminism, Islam and Politics (CSP, 2019).

This critical and timely volume emerged from a conference on Subjugated Voices and Religion. It brings marginalized voices to the center of religious studies, theological and spirituality discourses. The volume is co-edited by two scholarly friends who are a Jew and a Muslim Feminists. The main thread of the essays are the contextualization of different ways religion plays in subjugated contexts. The articles are an act of resistance. They speak truth to distortions and stereotyping. The act of scholarship and the retrieval of subjugated knowledge is a rebuke to repression. Articles are written by prominent professors such as Rosemary Radford Ruether and emerging scholars in the fields of Religious Studies, Theology, Feminist Theology, Jewish Studies, Holocaust studies, Muslim Studies, Chinese Studies, Latinx Studies, Women and Gender Studies, Women History, Disability Studies, Feminist Studies, Religion and Ecology, Queer Studies, Womanist Studies, and Religion. 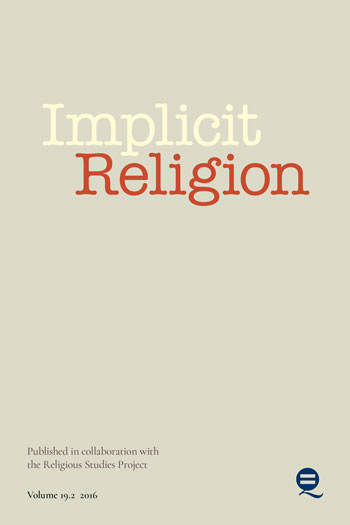