Richard Witts is a lecturer at Goldsmiths College, University of London, and the author of the award-winning biography Nico (Virgin Books 1993), presenter of the prize-winning Radio 3 documentary 1968 In America (1994) and author of the cultural history study Artist Unknown (Little, Brown, 1999), as well as many articles on music history.

Though The Velvet Underground existed for less than three years with its original members, it is considered to be not just the ‘ultimate New York band’ but also the most influential group ever. Artists who have acknowledged such influence include David Bowie, The Sex Pistols, Patti Smith, Joy Division and Nirvana.

Witts places the band and its genesis in the cultural context of Manhattan’s beatnik bohemianism, its radical artistic environment, and the city’s negative reaction to California’s ‘Hippie’ counterculture. Lou Reed’s song factory background is also considered, while his Primitives (1964-5) and Velvet Underground songs (1965-70) are examined within the stylistic context of rock music. The band’s sound world is likewise considered in this light. John Cale’s experimental contribution is assessed, especially his work for LaMonte Young (The Theatre of Eternal Music) and what he carried from that experience into the Velvet’s sound.

The visual artist Andy Warhol became the band’s manager and producer in 1965. He placed his ‘superstar’ Nico in the line-up (which already included a female drummer). The radical nature of the group’s Warhol period performances are examined, together with those aspects related to issues of gender, sexuality and drugs culture by which the Warhol Factory scene was identified, and contemplated in Reed’s songs.

Witts examines the musical influences of the Velvets on punk, post-punk and subsequent rock movements, culminating in the group’s reunion of 1993. He also indexes the variety of media constructions that the group endured through the years and how these affected Cale, Nico and Reed and their attempts to establish solo careers.

New York City [+–] 1 – 12
Although New York is not the capital of the United States, it is without doubt the capital of America’s broken rules. And it’s by far the largest city in the land, the nation’s focus for nance, fashion and freakery. Many heartland Americans resent the place. They see New York City as a spot solely for making money and throwing it around. Others consider it a shred of old Europe that drifted over the Atlantic ocean and got stuck around the mouth of the Hudson River, an island full of churlish mists. Nevertheless, these critics concede – even admire – the productive, adrenalin energy and the kinetic vigour to be found in “the city that never sleeps”. Perhaps, as Jean Baudrillard argues, “There is no human reason to be here, except for the sheer ecstasy of being crowded together.”2 The Velvet Underground’s chief songwriter Lou Reed describes it as a place where you must “Run run run run run” just to keep yourself in drugs.

Death and Transfiguration [+–] 120 – 137
On June 3rd, 1968, a year after he was sacked by Lou Reed, Andy Warhol faced a further disappointment. He was shot in the chest by Valerie Solanas, a radical feminist writer who felt he owed her money. At one point clinically dead, Warhol survived, but the wounded husk that nally returned to work was christened “Cardboard Andy” by Billy Name. Yet even Cardboard Andy retained Flesh Andy’s fetish for celebrity and, once revived, he was eager to see how the press had covered his shooting. Imagine his disappointment to learn that, just as the news of his apparent death had been breaking, Robert Kennedy was assassinated in Los Angeles. Kennedy – brother of the President killed in Dallas in 1963 – had just won the Californian Democrat “primary” election in the contest to become the next President, which he did on an anti-war agenda. The artist had been wiped from the papers to make way for the politician. And this is how it was for the Velvets. Whatever impact they hoped to make, events on the streets, on campuses, on the Left Bank of the Seine, in the napalmed schools of Vietnam – all conspired to make the Velvets immaterial.

Bibliography of The Velvet Underground 163 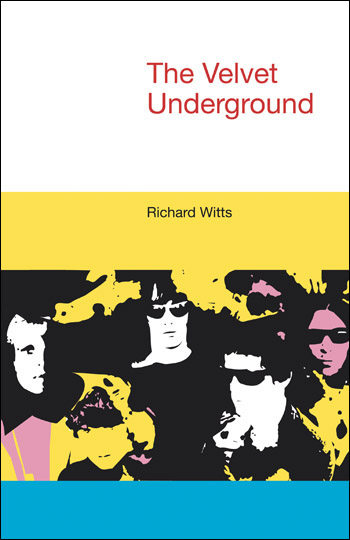 They are not an easy act to place in the history of popular music. Nor it is easy to identify the band as a unit, since members came and went.‘The Velvet Underground’, Witt says outright, ‘has always been a bit of a mess’. These liabilities are all somehow turned to strengths in Witt’s little marvel of a book. I began with suspicion, but it won me over completely: it is careful, funny, refreshing, usefully revisionist about the Velvets, and a corrective to all sorts of illnesses in the genre… he manages to defamiliarise the band and its career, while communicating all the necessary information. This is the true double task of the pop critic-historian, and Witts goes to creative, sometimes even comic lengths to accomplish it.
Mark Greif, London Review of Books

Academic books on popular subjects can be impenetrable balderdash but this one isn’t. The general reader… should be pretty satisfied. Above all it sends you back to the music.
Nicholas Lezard, The Guardian 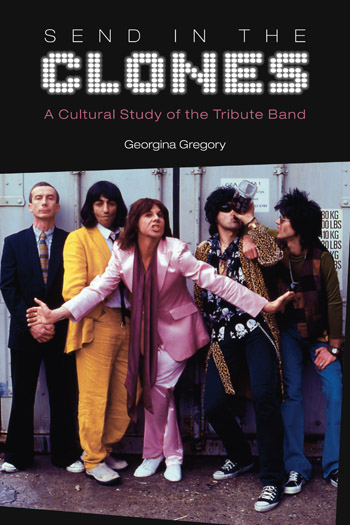