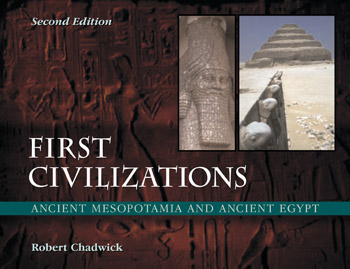 Epilogue: The twilight of the first civilizations

The final chapter looks at how the conquest of Egypt by the Persians had marked a turning point of the two great river civilizations in the Near East and how over the next several centuries both Egypt and Mesopotamia lost power and influence first under the Persians and then the Greeks, Romans and the new Christian powers who succeeded them, whose rise put an end, finally, to the old religions.