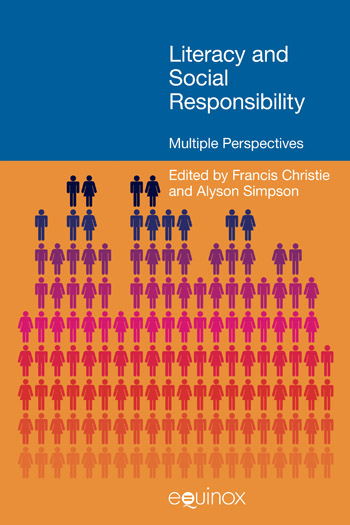 Literacy as a theme in educational theory and policy

Frances Christie is Honorary Professor of Education at the University of Sydney and Emeritus Professor of Language and Literacy at the University of Melbourne. She has worked for many years in language and literacy education, and has had a considerable research and publishing record in the area. Recent books have included (2002), Classroom Discourse Analysis: A Functional Perspective, Continuum: London and NY; (2005) Language Education in the Primary Years, University of NSW Press: Sydney; (with J.R. Martin, eds.) (2007), Language, Knowledge and Pedagogy: Functional Linguistic and Sociological Perspectives, Continuum: London and NY; (2008) (with B. Derewianka), School Discourse: Learning to Write across the Years of Schooling, Continuum: London and NY.

I shall argue in this chapter that the problems arise because of a lack of an adequate theory of language. Such a theory will, among other things, provide an explanation of the grammatical differences between speech and writing, seeing them as manifestations of the same linguistic system, which children learn to deploy for a range of purposes as they mature, and a model for tracing the developmental changes in control of literacy that occur with the movement from childhood to adolescence. The origins of the dichotomies referred to were old. However, they achieved a particular prominence in the drive to promote and extend opportunity to large numbers of children in the elementary schools of the nineteenth century. In such schools the educational goals were in many ways quite limited, and their aspirations for the teaching of reading and writing reasonably constrained. Much has changed since the appearance of widespread elementary or primary schooling,  and the levels of educational attainment required in the twenty-ﬁrst century are greater than in the past. High levels of literacy performance are needed in the contemporary world as an essential aspect of the educational attainments sought.  Moreover, a great deal of current educational research suggests the wisdom of adopting a model of literacy studies that is based on an adequate theory of language, stressing the interrelated nature of reading and writing, and the manner in which the written language changes as children grow and move from the primary into the secondary school years. It is in the transition from childhood to adolescence (when children also pass from the primary to the secondary school) that written language changes quite markedly, as I shall argue, and it is no accident that it is then that many children begin to drop behind in their school performance.