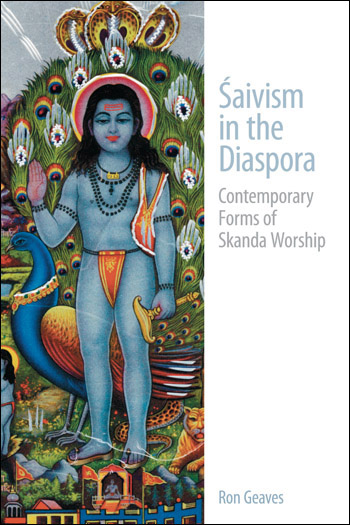 The Worship of Murugan in South India and Sri Lanka

The god known in North India as Karttikeya or Skanda, becomes Subramaniyam or Murugan in Sri Lanka and Tamil Nadu. He is also known by the names of Kumara, Karttikeya, and Velan. The origins of Murugan are intensely disputed. The difficulty arises from his status as the preeminent Tamil deity and his identification with Tamil cultural renaissance and resurgent nationalism. Tamil identity measures and asserts itself against the dominant socio-political culture of the North and its perceived Aryan origins. The Tamils see themselves as the conquered Dravidians, the original people of the subcontinent, whose religion, culture and language were suppressed and dominated by the Aryan/Sanskrit invasion. Consequently, the favoured legends of Murugan are those which perceive the god’s origins within the ancient Dravidian cultures of the North prior to the Aryan conquest. He was then assimilated into the Vedic pantheon but preserved in his original cult by the Dravidian cultures of the South. In such versions, the mediaeval Sanskritization of the South only reintroduced the concept of Skanda as the son of Siva to a culture that was well aware of this already.