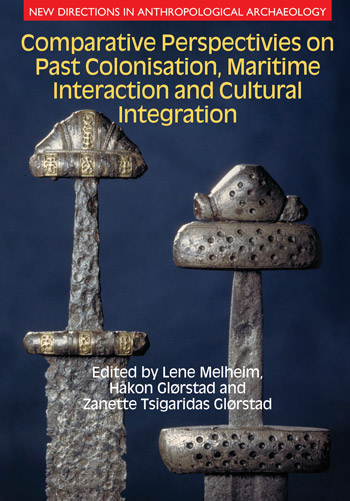 6. Nothing to Lose: Waterborne Raiding in Southern Scandinavia

Christian Horn studied prehistoric archaeology, classical archaeology and medieval history at the Ruhr-University Bochum. In 2011, he received a doctoral degree from the Free University Berlin. From 2011−2012 he was Postdoctoral Fellow in the EU project ‘Forging Identities’ at Gothenburg University. Since 2013, he has been a Postdoctoral Fellow at the Graduate School ‘Human Development in Landscapes’, Kiel. Address for correspondence: Graduate School ‘Human Development in Landscapes’, Institut für Ur- und Frühgeschichte, Christian-Albrechts-Universität zu Kiel, Johanna-Mestorf- Straße 2−6, 24118 Kiel, Germany. Email: [email protected]

Christian Horn investigates the interchangeability of geographical and social liminality by specifically pointing to the correlation between coastal landscapes, ‘islandscapes’ and waterborne passages, and weapon deposits in the Late Neolithic and Early Bronze Age. The interplay between diverse levels of liminality implies a form of reciprocity between warriorhood and seafaring, and calls attention to the interplay between exchange, raiding and ritual associated with the seascape as a practical as well as a cosmological arena. The chapter tries to build a model to understand why people in the Late Neolithic and Early Bronze Age of Southern Scandinavia buried weapons in the ground. This weaponry is used to a large extent in combat. Thus, an explanation cannot rely on trade-like models of commodity exchange. In an attempt to understand the weapons in their own right it will be argued that waterborne mobility in the form of raiding potentially plays an essential role in the distribution of archaeological weapon finds. The theoretical model of liminality provides the background for explaining the choice of object and the choice of place. It will be argued that both are rooted in warfare and the means of reaching the localities of war, and in the challenge of dealing with the liminality of war and the liminal state of the warrior. It will be shown how warfare and the landscape in which it took place structured ritual activities. Secondly, the evidence from use-wear analysis of weapons will be used to demonstrate the high frequency of combat. Due to a largely similar landscape, along with the importance of waterborne mobility and of fighting, it is suggested that historical examples from the Viking Age may help to understand how Early Bronze Age sacrifices relate to major passages and focal zones. Combined with the evidence for fighting, these will be attributed to a social activity: raiding. The knowledge and use of passages was a means of waging war driven by waterborne and other kinds of mobility that interconnected large parts of Southern Scandinavia.