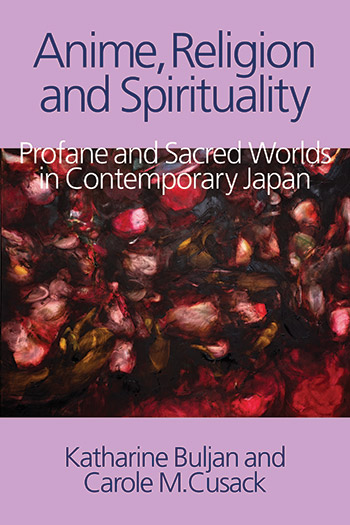 Barely a century has passed since anime (Japanese animation) was first screened to a Western audience. Over time the number of anime genres and generic hybrids have significantly grown. These have been influenced and inspired by various historical and cultural phenomena, one of which, Japanese native religion and spirituality, this book argues is an important and dominant although Buddhism, Christianity and a range of mythologies also feature. There have always been anime lovers in the West, but today that number is growing exponentially, with numerous anime clubs, festivals and related events been organised the world over. This is intriguing as many Japanese anime directors and studios initially created works that were not aimed at a Western audience at all. A passion for anime has led some fans, or aficionados as they are referred to in this book, to make personal translations of anime, to don the costume of beloved characters, and to undertake anime ‘pilgrimages’. The mutual imbrication of the profane and sacred worlds in anime, along with the profound reciprocal relationship between ‘Eastern’ (Japanese) and ‘Western’ (chiefly American) culture in the development of the anime artistic form, form the twin narrative arcs of the book. One of the most significant contributions of this book is the analysis of the employment of spiritual and religious motifs by directors. The reception of this content by fans is also examined. The appeal of anime to aficionados is, broadly speaking, the appeal of the spiritual in a post-religious world, in which personal identity and meaning in life may be crafted from popular cultural texts which offer an immersive and enchanting experience that, for many in the modern world, is more thrilling and authentic than ‘real life’. In the past, religions posited that after human existence on earth had ceased, the individual soul would be reincarnated again, or perhaps would reside in heaven. In the early twenty-first century, spiritual seekers still desire a life beyond that of everyday reality ardently, and just as passionately believe in the existence of other worlds and the afterlife. However, the other worlds are the fantasy landscapes and outer space settings of anime (and other popular cultural forms), and the afterlife the digital circuitry and electronic impulses of the Internet. These important new understandings of religion and the spiritual underpin anime’s status as a major site of new religious and spiritual inspiration in the West, and indeed, the world. This study is a timely publication, both as a resource for anime fans new and existing, young and old, who desire to know more about the religion and mythology of Japan and how it informs anime (and manga), and as a worthy addition to the small but growing academic literature on the topic.