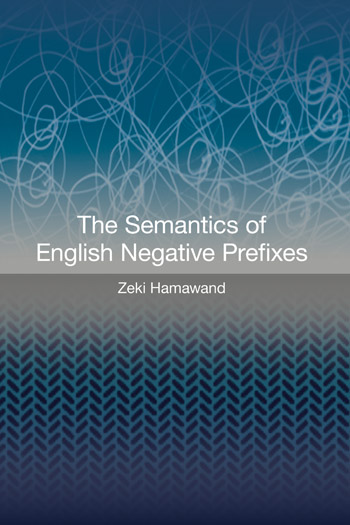 PAPERBACK PUBLISHED MARCH 2012 The Semantics of English Negative Prefixes proposes a new system for describing the semantic properties of negative prefixes in English. Specifically, the system captures the semantic distinctions between pairs of negative words that share same bases but end in different prefixes like amoral vs. immoral, dissatisfied vs. unsatisfied, maltreat vs. mistreat, non-human vs. anti-human, etc. The book provides guidance on two matters. As a reference for derivation, it informs the readers about the mechanisms of forming negative words. To do so, it describes the prefixes in terms of the cognitive theories of category, domain and construal. As a reference for usage, it informs the readers about the meaning differences between prefixally-negated words. To do so, it bases the description on actual instances and supports the differences by means of collocations. The Semantics of English Negative Prefixes outlines a model which unifies the principles of two popular approaches to language description. Cognitive Semantics is the theory that takes account of mental operations. Usage-based Semantics is the practice that focuses on actual utterances. Accordingly, it is an essential source for any reader interested in English language. It achieves its aims by means of clear layout, actual data, ample exemplification, lucid explanation and discrete evidence.