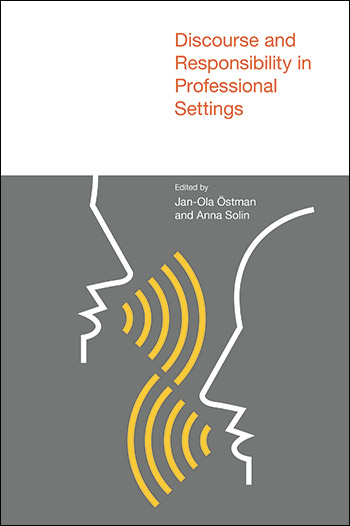 Srikant Sarangi is Professor in Language and Communication and Director of the Health Communication Research Centre at Cardiff University, Wales, UK (www.cf.ac.uk/encap/research/hcrc). He is also Professor in Language and Communication at Norwegian University of Science and Technology (NTNU), Trondheim, Norway; Honorary Professor at the Faculty of Humanities, Aalborg University, Denmark; and Honorary Professor at the Centre for the Humanities and Medicine, The University of Hong Kong. His research interests are in discourse analysis and applied linguistics; language and identity in public life and institutional/professional communication studies (e.g., healthcare, social welfare, bureaucracy, education etc.). He has held several project grants (Funding bodies include The Wellcome Trust, The Leverhulme Trust, ESRC) to study various aspects of health communication, e.g., genetic counselling, HIV/AIDS and telemedicine. The other areas of healthcare research include communication in primary care, palliative care, with particular reference to assessment of consulting and communication skills. He is author and editor of 12 books, 5 journal special issues and has published nearly 200 journal articles and book chapters. He is the founding editor of Communication & Medicine, editor of TEXT & TALK: An Interdisciplinary Journal of Language, Discourse and Communication Studies (formerly TEXT) as well as co-editor (with C. N. Candlin) of Journal of Applied Linguistics and Professional Practice. He is also general editor (with C. N. Candlin) of three book series[es]: Studies in Applied Linguistics; Studies in Language and Communication; and Studies in Communication in Organisations and Professions. He serves as an editorial board member for other journals and book series[es], and as a consulting advisor at many national and international levels. His involvement in professional societies include membership of the Executive Committee of the British Association of Applied Linguistics (BAAL, 1997-2002) and Member-at-Large of the Executive Board of the International Association of Applied Linguistics (AILA, 1999-2002). He is also the founder of the annual interdisciplinary conference series, Communication, Medicine and Ethics (COMET) and Applied Linguistics and Professional Practice (ALAPP). Over the last ten years, he has held visiting academic attachments in many parts of the world.

The chapter offers a role-relational perspective on responsibility, as a complement to the agency-and-intentionality dimension usually associated with responsible action. A role-relational perspective foregrounds a dynamic notion of role vis-à-vis self-other relations in owning responsible actions/selves. The counselling context of childhood genetic testing is used as a way of illustrating the complex role-relational trajectories which underpin parental accounts of moral and causal responsibility. Drawing upon the distinction between ‘excuse’ and ‘justification’ in accounting for conduct, and by adopting a thematic discourse analytic framework, the study suggests that parental accounts orient towards the following: balancing of advantages and disadvantages of childhood testing; benefits of knowing for present and future purposes; and the role-relational work underpinning the decision about testing. Although articulation of moral and causal responsibility is nuanced in parental accounts, justifications for actions/decisions mainly take the form of causal responsibility, expressed typically in the ‘if-then’ format.