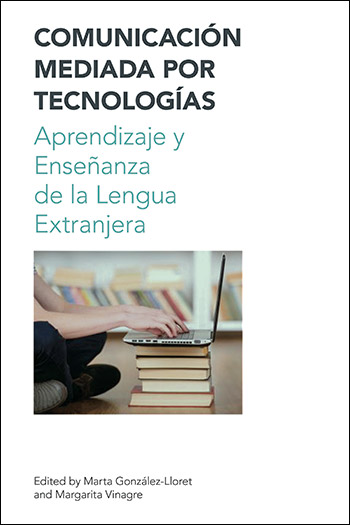 Karina Collentine is an Associate Professor of Spanish Applied Linguistics and coordinator of the Language Education program at Northern Arizona University. Her current research interests include TBLT and technology, computer-mediated communication, and applied linguistics. Her recent publications examine tasks set in virtual worlds and the production of linguistic complexity and accuracy that learners generate in these tasks.

The chapter discusses the relationship between CMC and the production of linguistic complexity in the context of tasks, which are defined as being based on the real world, which revolve around a non-linguistic goal, and which have the completion of the task as a priority. The tasks discussed in the chapter follow task-based language teaching (TBLT) principles (Skehan, 1996). These tasks entail a segment where learners use a virtual world as the backdrop for the task followed by a segment where they interact in synchronous-computer mediated communication (SCMC) to complete the task (Collentine, 2010, 2011, 2013, 2016). The discussion focuses on the finding that a complicated connection exists between affordances (i.e., opportunities to learn) in the 3D world and learners’ production of linguistic complexity in the SCMC segment. Learners freely explore a contextually-rich virtual world, reading linguistic clues that they use to solve a murder-mystery or a missing-persons case. The research shows that learners’ self-determination (i.e., exploring and re-exploring clues set in the 3D world), their reading behaviors (e.g., amount of time spent reading), and linguistic features of the input (e.g., number of words, lexical density, syntactic complexity) have an important effect on the accuracy and linguistic complexity of their output during the SCMC segment. Learner production is analyzed based on measures common to TBLT research: linguistic complexity and accuracy. There is also evidence that learners converge (i.e., prompt each other) to produce linguistic complexity during the SCMC segment independently of their virtual-world affordances (Collentine & Collentine, 2013). The chapter concludes with suggestions for future research.