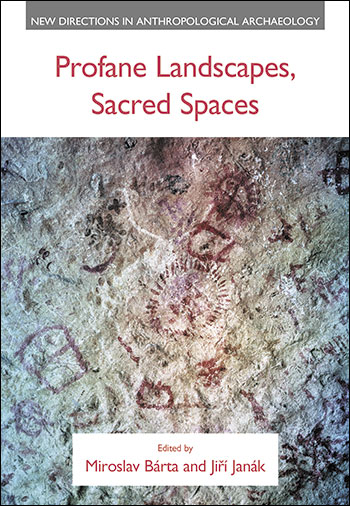 Linda Evans is an Environmental Historian who focuses on the human-animal relationship in the ancient world, especially the representation of animal behaviour in art. Following an exploration of the ancient Egyptians’ relationship with invertebrates, which was undertaken as a Macquarie University Research Fellow, she recently completed a four-year Australian Research Council Postdoctoral project in which she evaluated the impact of natural phenomena on Egyptian cultural expression during the pharaonic period. She is now directing a two-year project at the Middle Kingdom cemetery of Beni Hassan (forming part of a broader study by the Australian Centre for Egyptology, Macquarie University), in which she is documenting the remarkable animal representations at the site and exploring their cultural significance.

We know that the natural world held great significance for the ancient Egyptians because many environmental features, such as plants, animals, landmarks, the sun, moon and stars, became the focus of religious, architectural, literary and artistic expression. But what did the Egyptian people actually think of nature and how did they view their place within it? Understanding how they related intrinsically to their surroundings is important because this will have influenced how the Egyptians reacted to both environmental opportunities and challenges. Cultural attitudes towards nature have been categorised in a range of studies in order to predict human response to environmental issues (e.g., Kellert, 1993; Ignatow, 2006). For example, anthropologist Florence Kluckhohn (1953) has identified three fundamental orientations to nature exhibited by cultures worldwide, past and present: 1) people subjected to nature, living at the mercy of what they perceive as a powerful and unpredictable environment; 2) people as an inherent part of nature, trying to live in harmony with the environment; and 3) people against nature, manipulating and controlling the environment (Altman and Chemers, 1980). Contemporary Western cultures largely exhibit the latter orientation, a dominating view of the environment that is reflected in our excessive exploitation and widespread transformation of the natural world. This perspective is ascribed to our Judeo-Christian heritage, which has emphasised the primacy of human beings and a God-given obligation to conquer the earth and dominate all living things. In contrast, ancient Egyptian response to nature (along with other early cultures) is frequently characterised as harmonious and balanced (e.g., Hornung, 1967; te Velde, 1980; Germond, 2001). Drawing on mythological and other allusions that highlight equality between all living creatures, it has generally been concluded that the Egyptians did not view humankind as a dominant force in the natural world, but just one part of a larger cosmic unity. A harmonious cultural response would be expected to have a limited physical impact on the environment, to shun expressions of human superiority, and to embrace all aspects of nature without prejudice. I propose, however, that the restricted range of plants and animals depicted in Egyptian cultural material, clear differences in the ways that humans and animals were represented, and modification of the landscape through cultural and economic activities, instead point to the Egyptians having adopted a more hierarchical and dominating approach to the natural world than is commonly accepted. Indeed, such a dynamic worldview is in accordance with the principles of maat, which demanded sustained action, rather than passive acceptance, to maintain the status quo. The tendency by Egyptologists to see Egyptian culture as particularly attuned to nature possibly derives from an unconscious assumption that theirs was a less complex relationship than that found today, i.e., we do not expect to see contemporary attitudes towards the environment in the ancient past. However, such biases may affect our ability to accurately assess how the Egyptians interacted with their world. This chapter explores ancient Egyptian and Egyptological environmental attitudes through an examination of artistic, literary, and physical data, and suggest that Egyptian values may have been closer to our own than we realise.