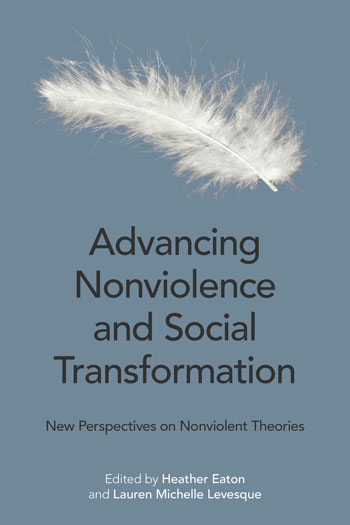 Chapter 14. Being in 'Rights' Relationship with Animals: The Importance of Political Visibility for Animals

For the past 10 years Nathan has been working as a scholar, farmer, social activist, and politician. Nathan has an academic background in theology and religious studies, having completed his Bachelor of Theology at Saint Paul University, and his MA in Religious Studies at Queen’s University. Nathan’s academic work has centered on religious responses to environmental crisis, and more recently on understanding how religions continue to influence human relationships with non-human animals. Beyond the academy Nathan has run for the Green Party of Canada as a federal candidate for MP in the Eastern Ontario riding of Kingston and The Islands; and was also an activist for a labour union representing academic workers at Queen’s University. Currently Nathan operates a small farming business on Amherst Island, where he lives with his wife Anna and their dog Oscar.

This chapter identifies what Gary Francione terms the “moral schizophrenia” of human behaviour toward non-human animals; namely that what humans say about the moral value of animals radically contradicts how animals are often violently treated. This glaring contradiction serves as an opening to provoke the need for advancing new, non-violent relationships with the non-human. Upon tracing the roots of Western ethical discourse on animal welfare and identifying its limitations, I argue that rights discourse and the constituent designation of “personhood” presents one of the more viable and philosophically consistent approaches to the question of how to better advance the cause of nonviolence toward non-human animals. However I conclude that the extension of rights is only a preliminary step, and that such political change must be coupled with expanding horizons for re-imagining the human place in the world, and the corresponding relationships with the other animals who inhabit it.