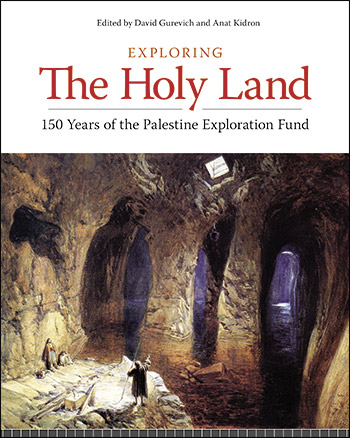 6. From Lebonah to Libnah: Historical Geographical Details from the PEF and other Early Secondary Sources on the Toponymy of Two Homonymous Sites

Chris McKinny is Adjunct Professor at Texas A & M University in Corpus Christi.

Aharon Tavger is a Doctoral Candidate at Ariel University.

There are three instances of toponyms based on לבנ in the Bible. These include Libnah/Laban of the wilderness Sinai wanderings (Num 33:20; Deut 1:1), Lebonah of Ephraim (Judg 21:19), and Libnah of the Judean Shephelah (e.g., Josh 10:29-31). Notably, the latter two are possibly preserved in Arabic toponyms from 19th century Palestine. These toponyms were recorded with varying spellings in such cartographic projects as the Van de Velde’s Map of the Holy Land (1854, 1858, 1865), Warren’s unpublished Reconnaissance of the Plain of Philistia (1867), and Conder and Kitchener’s Survey of Western Palestine (1882, 1883, 1880), the latter two which were conducted under the auspices of the Palestine Exploration Fund. Using these and other cartographic sources as the basis for our discussion, we will analyze the etymology and site identifications of Lebonah of Ephraim and Libnah of the Shephelah in connection with their occurrences in the various post-biblical sources with the purpose of understanding the linguistic development of the לבנ toponyms from the biblical period to pre-modern times. Our analysis shows that the toponymic history of these sites corroborates the current identifications of Lebonah with el-Lubban and Libnah with Tell Bornat.