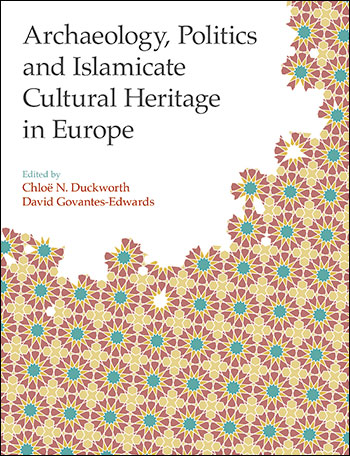 11. Central Bazaar in the City of Bolgar on the Volga

Vladimir Koval. Since 1999, Vladimir Koval works as a researcher in the Department of Slavic and Russian Archaeology, Institute of Archaeology, Russian Academy of Sciences, and was appointed Head of the Department of Medieval Archaeology in 2013. He has published over 270 scientific papers and 2 monographs. His main scientific interests lay with Oriental and Byzantine ceramic imports in Eastern Europe and Russian medieval pottery. He has directed excavations in Rostislavl (Moscow region, 12th-16th centuries), the Kremlin (Moscow, 12th-19th centuries) and Bolgar (capital of the medieval state of the Volga Bulgaria, 9th-15th centuries).

Institute of Archaeology of the Russian Academy of Sciences

Denis Yurievich Badeev is a Research Fellow at the Institute of Archaeology of the Russian Academy of Sciences, with a PhD (2020) from the Moscow State Regional University. Denis has worked as a laboratory assistant and head of excavation since 2005 in the excavations of medieval settlements and burial grounds in the Moscow region. Since 2011 he has worked annually in the Bolgar Expedition. He became the first researcher to systematize the data of previous excavations (1945-2018) on the territory of the medieval city of Bolgar, including the reconstruction of its urban layout (street network, zoning, confessional affiliation of inhabitants, allocation of areas of craft industries).

The city of Bolgar was active between the 10th and the 15th centuries, acting as the capital of the Golden Horde Empire between the second half of the 13th and the early 14th centuries. The population of the city was multi-ethnic and multi-confessional, but the Islamic component was dominant. The city comprised wooden houses and approximately 20 public stone and brick buildings (mosques, baths, mausoleums). During the excavations of 1989-1990 and 2011-2016, the remains of a stone-and-brick central bazaar, similar to Middle-Eastern examples, occupied by merchants who specialised in luxury goods (including textiles from Flanders and China), were investigated. The bazaar was built in the 1350’s and collapsed after a fire in the 1360s-1370s.