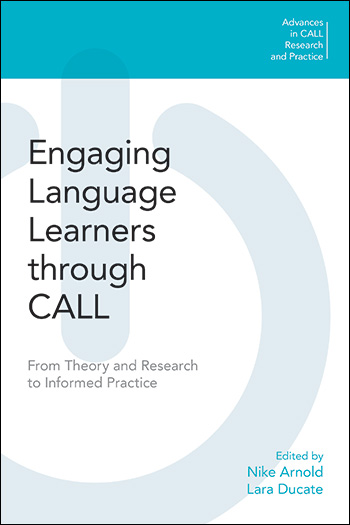 Julie M. Sykes is an Associate Professor in the Department of Linguistics and the Director of the Center for Applied Second Language Studies at the University of Oregon. She earned her Ph.D. from the University of Minnesota with a focus on applied linguistics and second language acquisition. Her research focuses on the use of digital technologies for language acquisition with a specific focus on inter-language pragmatic development and intercultural competence. She has also presented and published on lexical development and web-based, self-access instruction for learners in addition to L1 Spanish research in the areas of phonology and translation.

Christopher L. Holden is an Associate Professor in the University Honors Program at the University of New Mexico in his hometown of Albuquerque. He received his Ph.D. in Mathematics from the University of Wisconsin-Madison in 2008. While there, he spent two years designing augmented reality games with the Local Games Lab. At UNM, his research focuses on the design and implementation of place-based mobile games, mostly using ARIS (arisgames.org). In collaboration with Dr. Sykes, he has designed and implemented Mentira, an ARIS game for Spanish language learning that is played as part of the UNM 202 Spanish curriculum. He also uses ARIS as a design tool for students in some of the classes he teaches and more generally to convert the masses. While not taking over the world with place-based mobile games, he cares for his 3 cats, 5 chickens, and 3 little boys. His favorite games are still DDR and Katamari Damacy.

Stephanie W.P. Knight is the Assistant Director at the Center for Applied Second Language Studies at the University of Oregon. Her research focuses on initiatives designed to increase educational access for underrepresented populations of students in advanced secondary and post-secondary contexts and the intentional use of digital tools to advance language acquisition outcomes.

Community and second language (L2) learning in the 21st Century are inextricably intertwined. Given the ubiquity of digital technologies, learners are exposed to communities worldwide. This chapter examines three digital contexts, massively multiplayer online games (MMOGs), social networking sites (SNSs), and place-based digital games and their capacity to promote community building and involvement for L2 learners. It begins with an overview of relevant research for each space, discusses research approaches, and then evaluates the pedagogical implications of exploring these communities in the classroom while providing practical ideas for educators.