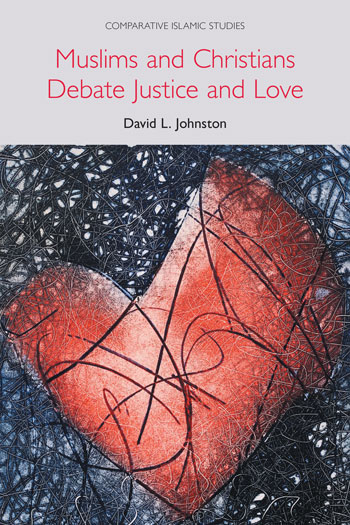 David L. Johnston is an Affiliate Assistant Professor of Islamic Studies at Fuller Theological Seminary in Pasadena, CA, and teaches at St Joseph's University. He is the author of Earth, Empire and Sacred Text: Muslims and Christians as Trustees of Creation (Equinox, 2010) and translator of Rachid Ghannouchi’s al-Hurriyat al-‘amma fi-l-dawla al-islamiyya (The Public Freedoms in the Islamic State) in the series World Thought in Translation (Yale University Press).

This book seeks to elucidate the concept of justice, not so much as it is expressed in law courts (retributive and procedural justice) or in state budgets (distributive justice), but as primary justice – what it means and how it can be grounded in the inalienable rights that each human being possesses qua human being. It draws inspiration from two recent works of philosopher Nicolas Wolterstorff, but also from the groundbreaking Islamic initiative of 2007, the Common Word Letter addressed by 138 eminent Muslim scholars and clerics to the pope and all Christian leaders. This document affirmed that the two highest commandments in both Judaism and Christianity are also at the heart of the Islamic tradition – love of God and love of neighbor. In a style that lends itself to the classroom and beyond, the book’s six chapters all begin with a case study of justice, so as to emphasize that justice must also be embodied in righteous social, political and economic practices. Along the way, leading contemporary scholars and activists from both traditions urge the reader – Muslim, Christian, or whatever – to look afresh at an age-old conundrum: how do justice and love interact so as to create a world in which everyone finds his or her rightful place?