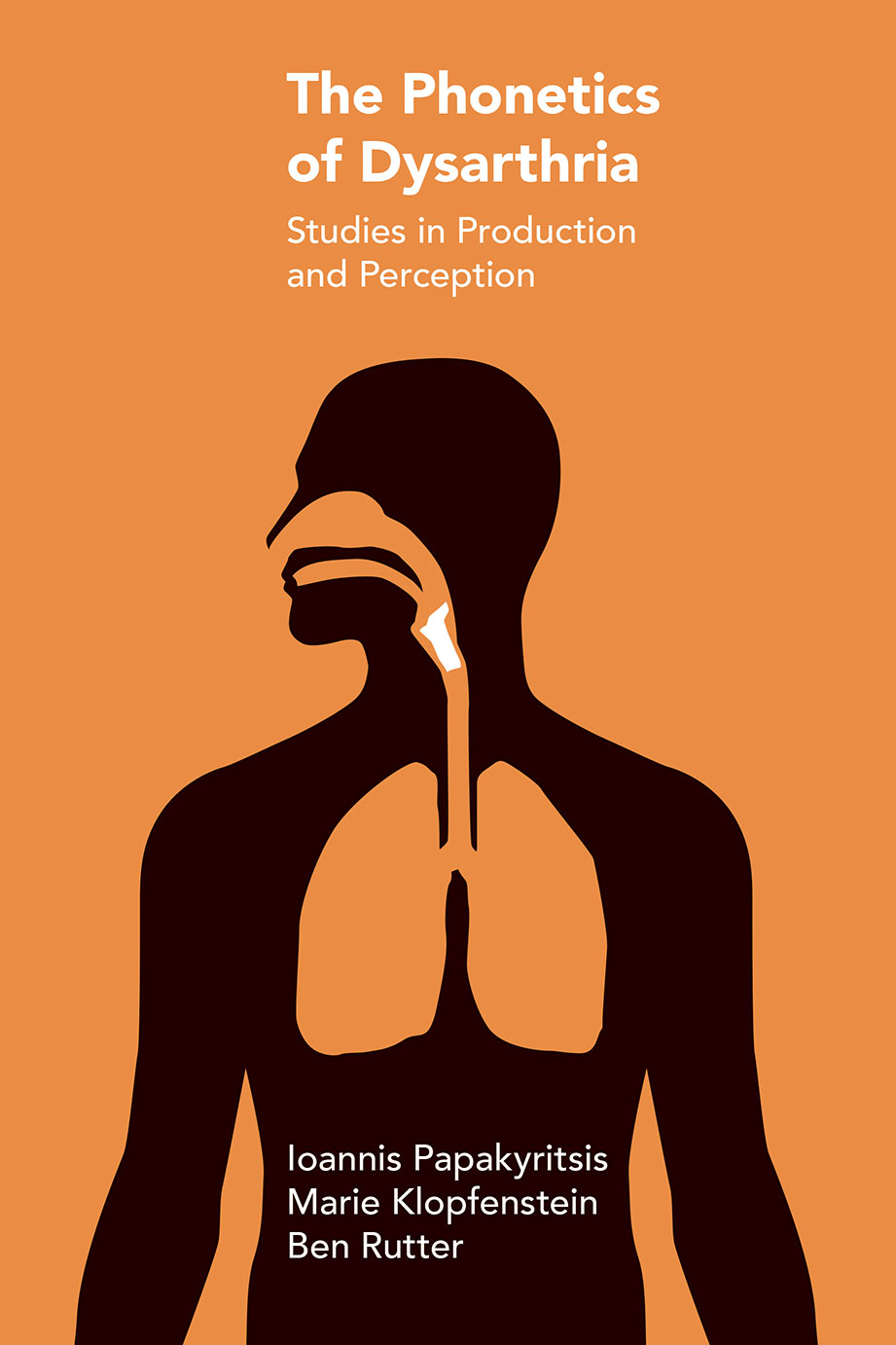 The Phonetics of Dysarthria - Studies in Production and Perception - Ioannis Papakyritsis

The Phonetics of Dysarthria - Studies in Production and Perception - Ioannis Papakyritsis

Ioannis Papakyritsis is an assistant professor in the department of Speech and Language Therapy at University of Patras and a certified clinician. He has worked as an assistant professor in Western Illinois University. He holds a PhD from the University of Louisiana at Lafayette. His research interests include clinical acoustic phonetics and the analysis of suprasegmentals in neurogenic speech disorders. He is teaching classes on communication disorders at undergraduate and Master’s levels and he has been working as a clinical supervisor of student clinicians and as speech & language therapist. He currently lives in Patras, Greece.

Marie Klopfenstein, Ph.D. in an Associate Professor in the Speech-Language Pathology and Audiology program, which is part of the Department of Applied Health at Southern Illinois University Edwardsville. She teaches undergraduate and graduate classes in phonetics, speech science, and voice. Dr. Klopfenstein has presented and published widely on acoustic and perceptual correlates of speech naturalness. Her other research includes voice services for transgender and gender non-conforming individuals, speech rate, sonority, and phonetic transcription, with current focus on populations with unmet needs and issues with accessing speech and language services.

Ben Rutter is a lecturer in Clinical Linguistics at the University of Sheffield. He has a degree in Linguistics and Phonetics from the University of York and did his Ph.D. in the Department of Communicative Disorders at the University of Louisiana at Lafayette under the supervision of Martin J. Ball and Nicole Müller. His research focuses on the role of phonetics in Speech and Language Therapy and he has written extensively on interactional phonetics and dysarthria. More recently he has been working on topics related to the Medical Humanities. Ben is on the editorial board for the journal Clinical Linguistics and Phonetics.

The aim of the study reported in this section of the book was to look at the manifestation of dysarthria secondary to MS in naturally occurring conversational speech. More specifically, to look at the acoustic-phonetic characteristics of repair sequences; those occurrences in natural conversation associated with misunderstanding. It is hoped that the results provide information about the modifications made by dysarthric speakers in order to enhance their speech intelligibility and inform theories of speech motor control in normal and disordered populations. The methodology adopted was interactional phonetics. This was in order to facilitate the analysis of repair in spontaneous, conversational speech. It is here, we have suggested, that the symptoms of speech disorders like dysarthria are most likely to present (Leuschel & Docherty, 1996; Rosen, Kent, Delaney, & Duffy, 2006; Tjaden & Walting, 2003). Interactional phonetics is more commonly used for the analysis of conversations without the involvement of communication difficulties (see Couper-Kuhlen, 2007; Couper-Kuhlen & Ford, 2004; Curl, 2004; Local, 1992; Ogden, 2001) but with some history of applications to disordered speech production (Auer & Rönfeldt, 2004; Local and Wootton, 1995; Tarplee & Barrow, 1999). It is an approach that encourages the use of spontaneous conversation as a data source. It also recognizes the role of very fine phonetic detail in conveying meaning in conversation. In carrying out the joint analysis of the sequential organization of talk and the phonetic design of participant contributions, the consequences of acoustic variation to interaction can be discovered. In this chapter we summarize these results, discuss the implications of the work, and reflect on the use of interactional phonetics.