Samuel and Sarah Adams were 50 years in service, starting as the lowest menials and ending as Butler and Housekeeper, respectively.
Edited by

Pamela Horn has written a number of books on English country life and education during the 18th and 19th-centuries, including Life and Labour in Rural England 1760-1850 (1987) and The Rise and Fall of the Victorian Servant .

The Complete Servant is a fascinating source of social history and a guide to backstairs living in both large and modest houses of the late Georgian era. It was first published in 1825 and inspired many books in the same format, culminating a generation later in Mrs. Beeton’s Household Management. The authors were in service for 50 years, starting as the lowest menials and ending as Butler and Housekeeper, respectively. They wrote their book as advice to servants in households of the nouveaux riches, where there was no tradition of apprenticeship, and it is one of the rare books of this nature that have a secton on the duties of male servants.

The sections on cookery as well as interesting recipes give detailed descriptions of work in the kitchen offices; the section on the Head Nurse has full directions on contemporary child care. In all, more than 30 categories of servants’ duties are discussed, and also the duties of employers towards them; these last are surprisingly humane and tolerant. 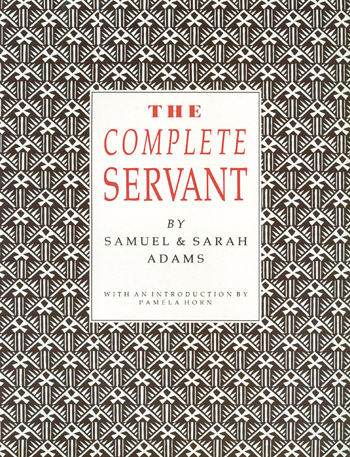 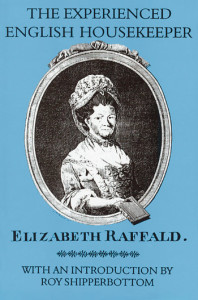