Ulrika Mårtensson is Professor in the Department of Philosophy and Religious Studies at The Norwegian University of Science and Technology. She researches early Islamic history and historiography, focusing on how religious symbols express social contract theories and legal-economic issues. She is also doing research on the Qur’an, employing both historical and exegetical-legal perspectives and comparing early Islamic approaches to the Qur’an with contemporary research. Other research interests concern Islam as it is developing in the institutional contexts and public spheres of the Nordic welfare states; and ‘political Islam’.

This book makes the case that the Islamic disciplines share political economy, institutional framework, and decisive theoretical topics with the Qurʾān. The latter includes the natural law-related issues of human rights, constitutional separation of powers, and social contract. The book surveys the scholarly deliberations of these topics within the parameters of each discipline and in changing contexts. In addition, it maps the consequences of the modern nation-state institutional order for early modern and contemporary Qurʾānic studies. The early and medieval Islamic disciplines offer scientifically valuable knowledge because they refer to the same institutional framework as the Qurʾān. These disciplines are also important parts of European political history, where they have inspired social contract theory inclusive of diverse religious identities.

Introduction [+–] 1-10
The Introduction chapter describes the book’s aim, focus, outline, and selected scholars. It also describes how the aim is met by applying a specific method in the presentation of academic and Islamic scholarship on the Qur’an. The method is inspired by Michel de Certeau’s concept of discourse as the production of knowledge and corresponding social practices, through the interplay between social institutions, knowledge disciplines, and individual scholars. Where contemporary researchers affiliated with e.g. the Corpus Coranicum project, postulate an institutional break between the Qur’an and the Islamic disciplines, de Certeau’s discourse concept implies that all scholarly knowledge about the Qur’an is necessarily bound to institutional disciplines and their corresponding social practices. The implications of this concept of discourse for assessments of both Islamic and academic scholarship on the Qur’an will be explained. In particular, the discourse-approach offers a methodology and analytical method for analysing how knowledge about a subject-matter is produced, in this case as expressed in concepts of the Qur’an. Finally, the Introduction will show how the discourse model brings out the academic nature of Islamic scholarship on the Qur’an. This is explained as a consequence of the Islamic disciplines’ methodological rigour, which means that the Qur’an is always interpreted through defined methods. Islamic scholarly approaches to the Qur’an are thus developed with reference to the hermeneutical premise that any explanation of the Qur’an’s meaning depends on the interpreter’s aim and method. In this respect they have a lot in common with academic research.

The Writing of History and the ‘Religious Other’ [+–] 11-30
Chapter 1 describes Michel de Certeau’s discourse theory and analytical method, which provides the methodology for my study. In brief, his method implies analysing scholarly discourses with reference to the specific societal institutional order and practices of the society in case. I also discuss de Certeau’s work with reference to general epistemic debates about scientific knowledge, historiography and modern nation-states, and related debates within Religious studies concerning the concept ‘religion’. This refers to the problem I raised above, of how to understand the significance of ‘religious’ aspects of the Islamic disciplines, such as the concept of the divine, of creation, covenant, prophecy, and divinely mediated ‘writing’, and how these can be understood in relation to scientific knowledge and observation.

Qurʾānic Theory of Concept? [+–] 31-51
Chapter 2 introduces the meta-concept for this study of Qurʾānic concepts, namely ‘concept’. I start by addressing the problem that there are different theories of what a ‘concept’ is, within both ‘western’ and Arabic-Islamic discourses on the topic, then I sketch the contours of the main theoretical paradigms I will continue to refer to throughout the study. I also reach a conclusion as to which theories of ‘concept’ I perceive to be reflected in the Qurʾān itself. At the end of the chapter I return to the Religious studiesdebates about ‘religion’ and refer it to the theories of ‘concept’ treated here. This approach opens up a new perspective on the debate over whether and how Islamic discourses produce knowledge relevant to current research; I will argue that they are not only sources for information, but offer theoretically informed analysis as well.

The Qurʾānic Canon [+–] 52-97
In Chapter 3 I present selected research into the Qurʾānic Arabic language, the canonization process, ‘readings’, and Qurʾānic composition, including a critical assessment of Nöldeke’s chronological theory-discourse and some of its current applications. I then proceed to compare this research with one of the earliest theoretical paradigms developed to explain the same topics, that of the jurist and exegete Muḥammad b. Jarīr al-Ṭabarī (d. 310/923). Al-Ṭabarī’s concepts of Qurʾānic Arabic language and of divine ‘Covenant’ as a compositional structure then forms the base for a model of the Qurʾān’s canonical composition and its theoretical foundation, which I develop here. The model, which focuses on the terms of the divine Covenant, then serves as the ‘meta-topic’, with reference to which I analyse the other selected Qurʾānic concepts at meso- and micro-levels.

Natural Law Theory: Qurʾānic Covenant Revisited [+–] 98-119
Chapter 4 proceeds to analyse the concept with reference to current research, and to other theoretical paradigms than those treated in the previous chapter. Here I show how certain strands within research align with some early and medieval exegetes in conceptualising the Qurʾān in terms of natural law theory. For these exegetes, the practical implication of this kind of theory is a law based on rights. For the aim of this study, this means that in so far as scientific knowledge and observation produced discursively within the Islamic disciplines refer to Qurʾānic knowledge, it includes the practical matter of the law and to what extent it protects rights.

Institutional Practices [+–] 120-177
Chapter 5 develops another, closely related aspect of Covenant identified in the preceding chapter, namely its reference to a constitution i.e. the division of power and function between state/ruler and judiciary. Consequently, and in line with de Certeau’s approach, in the first part of the chapter I reconstruct a political economy, an administrative institutional order, and a social contract theory as context for the Qurʾānic Covenant, based on current historical research and the Prophet’s Biography. The reconstruction highlights the importance of land as the main form of wealth, the organising principle of the political economy and administration, the source of tax income for the state and material sustenance for all people. Hence, Covenant as signifying rights-based law, constitutional rule, and social contract, refers also to the concrete issues of land ownership and land tax. Based on some historical research, I also propose that the Prophet’s rule and early Islamic law converged with agricultural developments, and introduced new forms of sharecropping contracts, which granted peasants new property rights to land and protected inheritance. In the second part of the chapter, I proceed from the Prophet’s time to sketch the main Islamic societal institutions and historical developments and topics related to constitutional rule, from the early Caliphate to the 900s/1500s. Throughout the chapter, I also analyse Qurʾānic concepts with reference to these topics, following the logic that Qurʾānic knowledge extends into the disciplines.

The Disciplines and ‘the Scientific Qurʾān’ [+–] 178-288
In Chapter 6, I turn to the Islamic disciplines themselves, selecting linguistics, Prophetic tradition (ḥadīth), political science (siyāsa) and administration (tadbīr), history (taʾrīkh), exegesis (tafsīr), jurisprudence (fiqh), and systematic theology (kalām). In the first part of the chapter, the aim is to show how the topics and concepts related to constitution and social contract are treated within each discipline, with examples from the early and medieval period. The analysis thus tests al-Suyūṭī’s assertion, exploring whether each discipline has corresponding method-related concepts in the Qurʾān, and whether the scholars refer Qurʾānic concepts to topics related to constitution and social contract. In the second part of the chapter, I focus on two scholars from the period 1600–1700, showing how they employ Qurʾānic concepts to develop their critiques of current discourses within the schools of philosophy, theology, and law. They serve here as bridges, connecting the medieval and modern periods.

Modern Institutional Shifts [+–] 289-317
In Chapter 7, I sketch the economic and institutional re-ordering that took place in the context of modern colonial rule and the post-colonial nation-state, its implications for the Islamic scholarly institution and disciplines and the study and use of the Qurʾān, and for constitutional matters. Given the increased international interactions from the colonial period onwards, the perspectives now include the European university context and discourses. I then proceed to analyse institutional practices associated with current academic discourses and contention over what constitutes the ‘most scientific’ Qurʾānic studies. The analysis includes revisiting both natural law theory (Chapter 4) and the early theological dispute over the Qurʾān’s created or un-created nature (Chapter 6).

Conclusions [+–] 318-340
The Conclusion summarizes the results, and discusses them with reference to the applied methodology. Referring the Qurʾānic concepts to the Islamic institutions, disciplines, and scholars has shown the latter consistently using these concepts, to define their specific methodologies and to analyse and deliberate topics related to constitution and social contract i.e. ‘Covenant’. The results show the scholars perceive that the Qurʾānic concept of divine knowledge, which prophets convey to their peoples, in their languages, refers to knowledge about state administration. In the Qurʾān itself, this knowledge is conveyed in the form of paradigmatic historical observations of past peoples, which the scholars further concretize and analyse through the parameters of each discipline. The concluding discussion then focuses on the implications of my methodology for Qurʾānic studies and studies of early Islamic history, and for Religious studies debates about the concept ‘religion’ and its relationship with ‘science’. 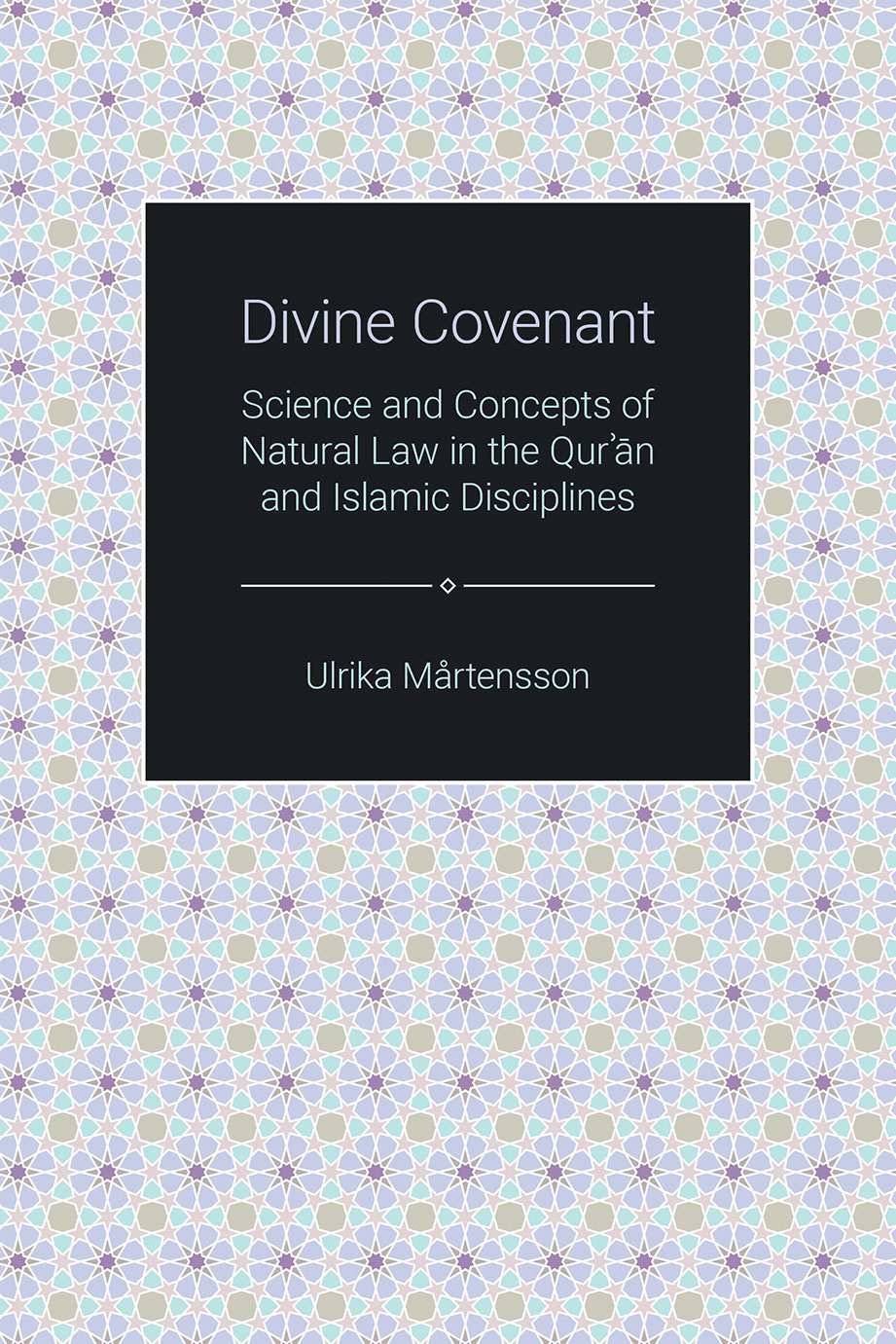 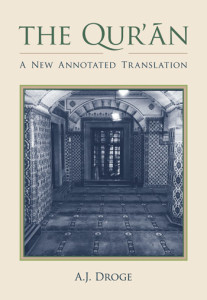