Myth Theorized provides a survey of some key figures and topics in the modern study of myth. The first part of the book discusses the psychoanalysis of myth including a chapter on the extraordinary changes that psychoanalytic theory has undergone, and one on Otto Rank and his break with Freud which helped transform the focus of psychoanalysis, including myth, from the Oedipal stage to the pre-Oedipal one. This section finishes with a chapter which argues that Freud and Jung are more akin than opposed.

The next section looks at hero myths including a detailed history of the study of hero myths, and surveys approaches to hero myths by Otto Rank, Joseph Campbell and Lord Raglan. The author then applies Rank and Raglan to the life of the first king of Israel, Saul, showing how their theories transform the figure to whom they are applied. The following part of the book considers the relationship of myth to natural science including a discussion of the range of views that have arisen over the past 150 years – those of EB Tylor, JG Frazer, Claude Levi-Strauss and Karl Popper.

The next section covers myth and politics with an assessment of Bruce Lincoln’s Theorizing Myth and Robert Ellwood’s The Politics of Myth. The final chapter in this section argues that the theories of Frazer, Rene Girard and Walter Burkert all make violence in religion natural rather than unnatural. The final part of the book discusses the Jungian concept of synchronicity, uses DW Winnicott’s idea of make-believe to support the argument that Hollywood stars and their treatment as gods can be said to being divinity back to the world, and asks whether James Lovelock has brought myth back to the world through the Gaia theory.

1. The Leading Modern Theories of Myth [+–]
Survey of modern theories of myth covering all of the theorists and issues considered in more detail in the chapters of this book.

2. Psychoanalyzing Myth: From Freud to Winnicott [+–]
Looks at the extraordinary changes that psychoanalytic theory has undergone.
3. Rank on Myth [+–]
Discusses the theory of Freud’s one time disciple Otto Rank, who provided his then master with literary evidence for the Oedipus complex and proceeded to devise a pattern of hero myths – the Freudian counterpart to the quasi-Jungian Joseph Campbell’s The Hero with a Thousand Faces (1949). Rank proceeded to break with Freud and helped transform the focus of psychoanalysis, most certainly including myth, from the Oedipal stage to the pre-Oedipal one — from, one might say, the father to the mother.
4. Freud’s and Jung’s Very Twentieth Century View of Myth [+–]
Freud and Jung are invariably pitted against each other but this chapter argues that they are far more akin than opposed. Their real nemesis is less each other than the nineteenth century view of myth as the primitive counterpart to modern science – the view of EB Tylor and JG Frazer.

5. The History of the Study of the Hero [+–]
Together with creation myths hero myths are the most fully studied kind of myth. This chapter offers a detailed survey of the history of the study of hero myths and looks at those approaches to hero myths which give full-fledged theories: that is, offer generalizations about the origin and function of hero myths. Of the theorists considered, one is Freudian (Rank), one a Jungian (Campbell) and one a Frazerian (Lord Raglan).
6. King Saul as Mythic Hero [+–]
This chapter applies Rank and Raglan to the life of the first king of Israel Saul. It shows how their theories transform the figure to whom they are applied. The application of Rank turns the subject into an Oedipal fight to the death between father Saul and son David. The application of Raglan turns the toppling of King Saul as a normal communal process to get the crops to grow.

7. Myth and Science: Their Varying Relationships [+–]
This chapter discusses the range of views on the relationship of myth to natural science over the past 150 years. In the nineteenth century, as typified by Tylor and Frazer, myth was deemed the primitive counterpart to science, which was assumed to be largely, if not entirely, modern. Myth did the same thing: it either explained or controlled the physical world. Myth and science were mutually exclusive. In the twentieth century myth and science were deemed compatible: either myth was not about the physical world, or it was not a means explaining or controlling the physical world. At the same time there have been varying alternative positions, which I work out. For example, Claude Levi-Strauss deems myth primitive science itself and not merely the primitive counterpart to modern science. Karl Popper deems myth, itself non-scientific, the source of modern, scientific theories.

8. On Myth as Ideology [+–]
Section five begins with an assessment of Bruce Lincoln’s Theorizing Myth. For Lincoln, myth is ideology in narrative form. Segal does not question whether myth takes narrative, or story, form, though it need not do so. He questions whether myth is deemed ideology by modern theorists. Myth for some theorists is about the physical world rather than the social world, and for others it espouses revolution rather than support for existing society.
9. On Myth and Politics [+–]
Then in this section Segal considers Robert Ellwood’s The Politics of Myth, which likewise sees myth as political. Ellwood maintains that many theorists see myth as supporting one group over another. He means not merely one nation over another but also one period over another–notably, modern over primitive or primitive over modern. As with Lincoln, so with Ellwood: he goes too far in politicizing theories.
10. On Myth and Violence [+–]
In this section Segal argues that the theories of Frazer, René Girard, and Walter Burkert all make violence in religion natural rather than unnatural. Found in myth and ritual, violence for all three operates as part of the normal functioning of religion rather than only with the failing of religion, and can be beneficial rather than harmful.

Section VI: Myth Brought Back to the Physical World

11. Does Synchronicity Bring Myth Back to the World? [+–]
In the last section Segal first discusses the Jungian concept of synchronicity, according to which there is a symmetry between what happens in our minds and what happens in the physical world. Jung, working with the physicist Wolfgang Pauli, discovered the principle. Segal uses it to see whether myth, to which Jung applies it, can be considered synchronistic. If it can, then one might claim that myth, which was tied to the physical world in the nineteenth century but was largely severed from the world in the twentieth, can be reconnected to the world in the twenty-first.
12. Do Hollywood Stars Bring Myth Back to the World? [+–]
Segal takes the case of Hollywood stars and asks whether they can be taken as gods, in which case the treatment of them–they are “idolized” and “worshiped”–can be said to bring divinity back to the world. Their myths would be their roles in films. He uses child psychiatrist D. W. Winnicott’s idea of make-believe in support of this position.
13. Does the Gaia Hypothesis Bring Myth Back to the World? [+–]
In the last chapter Segal takes the case of the Gaia hypothesis: the treatment of the earth as a god. “Gaia” is the ancient Greek name for the god of the earth, found above all in the Greek creation myth, the Theogony. Gaia is today worshiped by some pagans. But Gaia need not be worshiped to qualify as a god. James Lovelock, author of Gaia and other books, argues that the earth regulates itself to preserve itself–as if it were a thinking entity and therefore equivalent to a god. Lovelock is not referring to the responsibility of humans to save the earth. He is referring to the ability of the earth to save itself. Segal asks whether Lovelock, who is a scientist, manages to bring myth back to the world—not at odds with science but as part of science.
ISBN-13 (Hardback)
9781781798638
Price (Hardback)
£75.00 / $100.00
ISBN-13 (Paperback)
9781781798645
Price (Paperback)
£22.95 / $29.95
ISBN (eBook)
9781781798652
Price (eBook)
Individual
£22.95 / $29.95
Institutional
£350.00 / $700.00
Publication
01/09/2022
Pages
256
Size
234 x 156mm
Readership
students and scholars 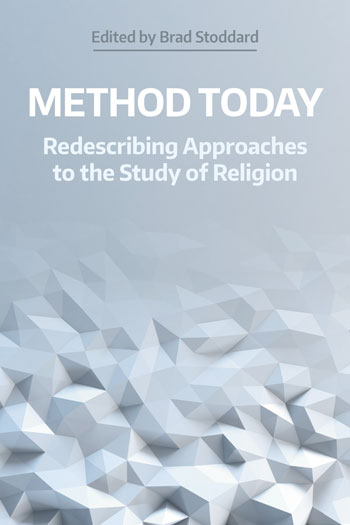