An Introduction to English Sentence Structure

Jon Jonz is Professor Emeritus of English in the Department of Literature and Languages at Texas A&M University-Commerce, where he taught General Linguistics, Modern Grammar, Structure of English, Language Acquisition and Processing and Psycholinguistics. He is the author of studies in language testing, first- and second-language discourse features, bilingualism, text cohesion and basic writing. His work in language testing won the international TESOL Distinguished Research Award. He was the longtime editor of the Southwest Journal of Linguistics and, with John W. Oller, Jr. is the coauthor and coeditor of Cloze and Coherence.

An Introduction to English Sentence Structure puts the study of English sentences into the meaningful perspective provided by the broad essentials of functionalism. The book starts from the premise that the structure of language reflects the structure of events in everyday experience. By contrast, grammars that are more structural in nature often begin with gross facts about language structure, such as the observation that clauses can be divided into subjects and predicates. The book’s premise reflects the fundamental Hallidayan principle that language simultaneously codes for three dimensions of structure: clause as representation, clause as exchange, and clause as message. This approach has the effect of situating the study of language in the student’s familiar world of ideas, relationships, and discourses.

An Introduction to English Sentence Structure blends insights from three prominent modern schools of grammatical thought (functionalism, structuralism, and generativism) using functionalism as the philosophical and organizational motif. It focuses on the representational function of language, encouraging students to use their knowledge of the way the world works in order to understand how language works. The approach taken is hybrid: It assumes that form matters, and in this sense it is structural. It also assumes that form follows function, and in this sense it is functional.

As its subtitle suggests, this book is concerned with the argument structure of clauses, the boundary markers of clause combinations, and the syntactic and experiential resources that permit language users to supply the content of empty categories, which are the missing elements.

A free instruction manual is available to qualified instructors for downloading from this site. View Manual. Contact Adoption to request access.

Chapter 1 Language and Events in Experience

Preliminaries Focus on Language as Representation Processes Participants Circumstances Some Words Left Over Practice with Terminology [+–] 1-17
The author explains his intention of steering a middle course between functional and structural approaches to language with the focus of the book being on studying how clauses and clause combinations work to make sentences, paying only limited attention to segments of language larger than that. Explains the structure of book, the source of literary examples used, bracketing conventions and the purpose of activities/exercises and goes on to introduce the concepts of event structure, processes,participants, and circumstances through an analysis of a short segment of written English.

Preliminaries Participants Circumstances Practice with Terminology Analyzing and Reporting Clause Elements Some Bracketing and Labeling Conventions Sentences for Analysis [+–] 34-53
This chapter considering participants, participant roles and circumstances showing how Circumstances provide contextual or situational information about when, where,why, and how an event occurs.

Preliminaries Word Groups Phrases Practice with Terminology Analyzing and Reporting Word Groups and Phrases Some Bracketing and Labeling Conventions Sentences for Analysis [+–] 54-79
This chapter initiates a discussion about the constituent structure of word groupings and their dynamics.

Chapter 6 The Power of Beginnings

Preliminaries The Power of Beginnings Practice with Terminology Analyzing and Reporting Yes/No Questions, Imperatives, Negatives, and Content Questions Sentences for Analysis [+–] 108-122
This chapter focuses on the several functions of English-language clauses, each of which depends on features of the verb group, introduced in the previous chapter.

Preliminaries Noun Groups Putting Units Together Practice with Terminology Analyzing and Reporting Noun Groups Sentences for Analysis [+–] 123-140
This chapter explores noun groups and how they perform functions almost everywhere in a clause: as attributes in attributive processes, locations in locative processes, complements to preposition groups in prepositional phrases (objects of the preposition), circumstances, and as participants.

Preliminaries Embedded Wh- Clauses Practice with Terminology Analyzing and Reporting Multiclausal Sentences Sentences for Analysis [+–] 141-165
The chapter provides an extended look at the way that noun groups act as docking mechanisms for clauses, creating the nested-boxes effect that called embedding.This chapter builds on earlier chapters by combining three familiar ideas: a Word groups have edges and main words.; b Words, word groups, and phrases can sometimes act like nested dolls. You can often take the lid off one, only to encounter another waiting for you right inside the first; c Wh- markers enter into a coreference relationship with an information gap

Preliminaries Nonwh- Subordinate Clauses Practice with Terminology Analyzing and Reporting Multiclausal Sentences Sentences for Analysis Text for Analysis Dialog for Analysis [+–] 166-197
Previous chapters explored how clauses can be put together by either (a) conjoining one with another in a series or sequence, or (b) sliding one into another, much as one might stack one mixing bowl or one measuring spoon inside another. Chapter 8 gave some consideration to one form of clause combining: wh- embedding. This chapter introduces an additional type, nonwh- subordination. 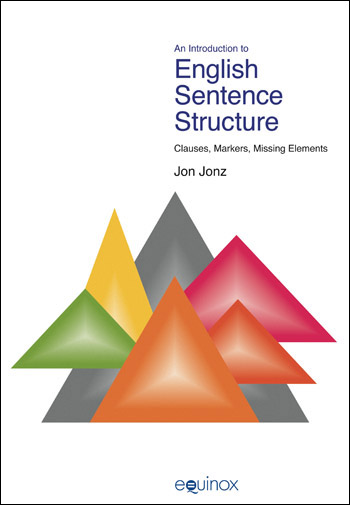 The book has fulfilled its aim of being a good introduction to the description of English sentence structure and function that is certainly useful to the intended audience. Likewise, the book has succeeded in achieving its main objective, namely, showing 'how language is shaped to reflect the events in ordinary everyday experience.'
LinguistList

...this book will certainly be appreciated by those who are curious to dip their toes in the waters of functional grammar. [It] is a user-friendly introduction to analyzing language using the functional grammar approach. TESL Canada Journal 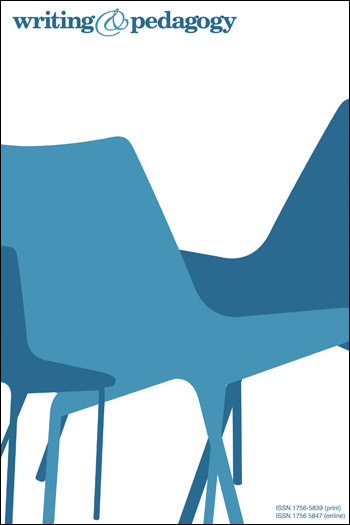 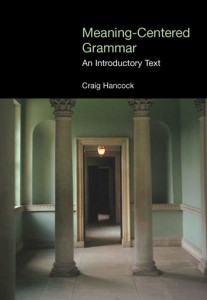