Debra M. Hardison is an Associate Professor in the Department of Linguistics and Languages at Michigan State University, where she was previously the Director of Graduate Studies in TESOL. She holds a PhD in Linguistics and an MA in French Linguistics from Indiana University, and has focused her research on the teaching and learning of phonology in second and foreign language acquisition. She has published extensively in encyclopedias, handbooks, and edited collections, and in a wide range of journals, including Applied Psycholinguistics, CALICO Journal, The Canadian Modern Language Review, ELT Journal, Journal of Second Language Pronunciation, Language Learning, Language Learning & Technology, RELC Journal, Speech Communication, and System. She has also been a frequent invited speaker and refereed paper presenter at international conferences. She serves on the editorial boards of the Journal of Second Language Pronunciation and Language Learning & Technology, for which journal she has also previously edited a special issue on Technology and Pronunciation.

Multimodal Factors in Phonological Learning fills a need in L2 phonology research and teaching, which have given little attention to the visual aspect of pronunciation and, in general, to the facial and bodily movements (co-speech gestures) that accompany speech. It is written by one of the most active and prolific researchers exploring these factors in teaching and learning the phonology of English and other languages.

Up to the mid-1970s, published works that referred to the visual component of a speech event, or specifically to the influence of a speaker’s lip movements, dealt either with speech perception by infants or the hearing impaired. However, in 1976, McGurk and MacDonald published a brief four-page account of a perceptual illusory effect that McGurk had discovered accidentally when he viewed a tape of a female speaker’s auditory /ba/ which had been dubbed onto a video recording showing her articulatory gesture for /ga/ and which resulted in the viewer-hearer perceiving /da/. This blended visual-auditory perceptual phenomenon became known as the McGurk effect and sparked many studies by a host of researchers who explored the factors that appeared to condition its occurrence and broadened the scope of the research beyond English and the native-speaking population. The McGurk effect was also the impetus for some researchers to take a broader view of the spoken language as a multimodal event.

Both language researchers and teachers concerned with the processing and production of language need to be aware of multimodal factors in phonological learning for second/foreign language learners and their implications for teaching. As a result of the pandemic, individuals in a variety of fields and members of the general public have become far more aware of the role of visual cues in face-to-face communication after having struggled to understand an interlocutor wearing a mask. There is also an increasing interest by both researchers and teachers in co-speech gesture in communication in general and pronunciation in particular.

Despite the auditory-visual research that has been conducted since the 1970s, there has to now been no comprehensive review of this research, and the auditory modality has continued to dominate the field. This book reviews the multimodal components of speech as they relate to pronunciation, the relevant research, and the implications for teaching. It is intended for researchers, graduate students, and teachers of second/foreign languages, as well as graduate students and faculty in linguistics, foreign languages, cognitive psychology, and possibly the health sciences. 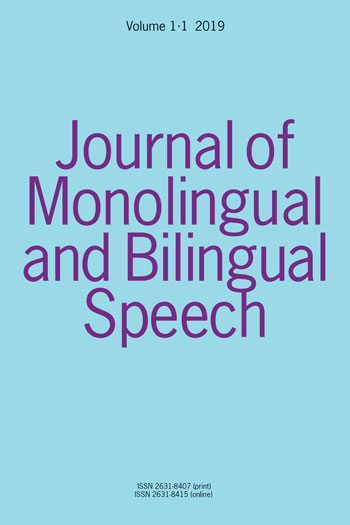