The Role of Intonation in the Analysis of Oral Discourse

Lucía Inés Rivas is Associate Professor of English Phonetics and Phonology in the Department of Foreign Languages, National University of La Pampa, Argentina.

Language is a stratified system, and phonology belongs in the stratum of expression, where language physically manifests as phonic substance. It is the most unconscious of all the language systems, the one we usually refer to when we say “it is not what s/he said, but the way s/he said it”. Although the term “expression” might be misleading, the stratum of expression is an integral part of language. Sounds are not the expression of something else which exists independently from them; they are the form and essence of language and have a function in its meaning potential.

Intonation features constitute a set of resources available in speakers’ voices which, in many languages such as English or Spanish, signal textual and interpersonal meanings in discourse. Phonological features do not project specific meanings by themselves but rather situationally, at a certain stage in the discourse, and in combination with choices at other strata of the language system. Intonation patterns constitute a meaning-making prosody, which quite often accompanies and reinforces similar meanings realised in other strata. There are instances, however, in which the different grammars come into tension and the intonational choices become the carriers of interpersonal and textual meanings in discourse.

Phonology in Systemic Functional Linguistics provides an account of the intonation systems in SFL and their meaning-making functions in oral discourse. It proposes a way of interpreting phonological choices as integral to language in context and discourse meanings. In addition, the book puts SFL in dialogue with other approaches that also consider the role of phonology in discourse.

Bottom-up: Building Meanings from the Level of Expression [+–]
Systemic Functional Linguistics is a linguistics for the analysis of texts. This chapter will make reference to the theory’s metafunctions and the role of phonology as a meaning-making resource in oral texts within the logical, interpersonal, and textual metafunctions. It will also provide an overview of other approaches to the study of phonology which have addressed intonation from a discourse perspective, describing intonation systems in relationship to concrete authentic texts in their contexts. David Brazil’s Discourse Intonation, Wallace Chafe’s account of how intonation signals the flow of information, as well as work by interactional researchers Elizabeth Couper-Kuhlen and Beatrice Szczepek Reed (among others) which studies prosody as contextualization cues will be briefly described in reference to phonology in SFL.

What are the Choices? Phonological Resources [+–]
The three systems of intonation —TONALITY, TONICITY and TONE— constitute the tools of analysis. They represent the options available to speakers to make systemic meaning choices. In this chapter, the phonological resources that make up these systems will be described.

Giving Shape to an Oral Text: Textual Meanings [+–]
This chapter will describe the role of intonation in organizing an oral text. Phonological prosody constitutes the clue that tells listeners about logico-semantic relations in texts and about the structure of the oral text, whether they should interpret what they are listening to as something new, or whether the text is coming to an end. Phonological prosody also indicates what information is being foregrounded or backgrounded, what constitutes major information and what is subsidiary.

The Way You Say It: Intonation and Interpersonal Meanings [+–]
Apart from textual meanings, phonology builds interpersonal meanings. The system of MOOD has been frequently related to intonation choices. This chapter will explore the possible relationships between speech functions and phonology. Furthermore, choices at the stratum of expression are also said to express speakers’ attitudes towards their message and their interlocutors. In oral texts, phonological choices can also be related to the system of MODALITY, as they contribute in the enactment of interpersonal relations and in the interactants’ projections of identities. The connection between the interpersonal system of appraisal and the systems in the phonology will also be discussed.

Level is Also Significant: Pitch Level Choices [+–]
Within SFL and as already mentioned in Chapter 3, pitch level has been described in its textual role of organizing the structure of texts, signalling beginnings and endings of topics or ideas. But from a more macro perspective, the overall pitch span speakers adopt in their texts has sociolinguistic implications as regards projected identities such as gender and ethnicity, among others. Overall pitch span can also depend on different speaking situations or environments. In a micro analysis, moment-by-moment choices in pitch level can build different kinds of meanings, as ‘upjumps’ (or ‘downjumps’) in pitch can highlight expressions, and can project particular meanings at different points in the tone unit.

Beyond Intonation: Paralinguistic Features [+–]
Paralinguistic features involve characteristics of the message that result from choices speakers can make with their voices which do not belong in the intonation systems already described. On certain occasions, speakers’ voices can differ with respect to volume, or tempo, or precision in articulation, or voice quality, among others. These features are always observed and analysed in context, always in comparison to preceding or succeeding parts of the message. They tend to co-occur with intonation features and contribute in the building of interpersonal meanings in particular. In SFL phonological descriptions of language, Tench (1996) mentions the ‘paralinguistic dimension’ of intonation in his introduction, and refers to the fact that these features make meanings in relation to the ‘messenger’, but he does not develop this dimension any further. Other approaches, like interactional linguistics, show these features in combination and demonstrate their contribution to the meanings expressed in oral discourse.

To Conclude: Possible Directions in Research and in Language Teaching [+–]
By way of conclusion, this chapter reviews the issues discussed in the book and refers to existing research in the area of the analysis of oral discourse. Possible directions for future research are suggested. In addition, the chapter also discusses the importance of phonology in the context of language teaching, and foreign language teaching in particular. In many approaches, SFL among them, comprehensive accounts of phonology in language were developed specifically for teaching purposes. After a comparison of different approaches, priorities will be established for the (foreign) language classroom.
ISBN-13 (Hardback)
9781781799314
Price (Hardback)
£75.00 / $100.00
ISBN-13 (Paperback)
9781781799321
Price (Paperback)
£22.95 / $29.95
ISBN (eBook)
9781781799338
Price (eBook)
Individual
£22.95 / $29.95
Institutional
£75.00 / $100.00
Publication
01/11/2022
Pages
224
Size
254 x 178mm
Readership
students and scholars
Illustration
10-15 figures 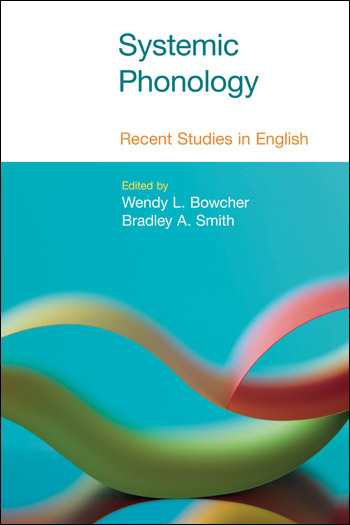