The overarching aim of The Sheep People is to examine what happens to the understanding of past societies when animals are perceived as sentient beings, agents with the ability to impact human lives. Not only are the agentive powers and potential of animals recognised, but also how this shaped prehistoric societies. Throughout, animals are considered as themselves, not as props, tools or consumables for human societies. A thorough review of recent research that supports the agential potential of animals from Human-Animal Studies and the social sciences, as well as ethology, biology and neurology is given, and discussed in light of the archaeological case study.

In the Early Bronze Age in northern Europe, a transition from building two-aisled to three-aisled longhouses as the primary farm dwelling took place. In Rogaland, southwestern Norway, this architectural change happened as the result of intensified human-sheep relationships, born from greater engagement and proximity needed to utilise wool. Evidence from landscape changes, settlements, mortuary practices and rock art give an in-depth understanding of the life-world of Bronze Age human and non-human agents and the nature of the choices they made. A rock art panel portraying sheep, man and dog demonstrates the entangled choreography of sheep herding.

Towards an Archaeology Informed by Human-Animal Studies [+–] 1-16
In the early Bronze Age in south-western Norway, architecture of farmhouses changed from two-aisled to three-aisled houses. The author suggests that this change came about as a result of bringing domestic animals into the houses. In this chapter, the research question is presented and contextualised. The archaeological data sets and geographical situations are oulined. The data sets include remains of houses, as well as palaeo-botanical evidence of land-use. The theoretical fundament is introduced, and the framework of the interdisciplinarity of the project is laid out. A discussion of zooarchaeology and postprocessual archaeology outlines a need for a different approach when studying relationships between humans and domestic animals.

Understanding Animals: Perception, Sentience and Anthropomorphism [+–] 17-34
Chapter 2 presents a case for the sentience of animals, based upon recent research from various disciplines outside of archaeology, such as biology, psychology, sociology, anthropology and neuroscience. An in-depth discussion of anthropomorphism problematises the normative scientific view of the essentialist difference between humans and other animals. Anthropomorphism is situated in examples from past societies throughout history in order to make a case for different perceptions of animals in pre-humanist societies. Further, neuroscience and biology are drawn upon to make a case for inter-species physiology – notably mirror neurons and the hormone oxytocin.

Animal Agency [+–] 35-50
Chapter 3 makes a case for seeing animals as beings with agency. It challenges the recent archaeological theoretical discussions in which objects are afforded agency by discussing the nature of agency. It maps out how agency works as a cross-species interaction that produces meaning and particular, shared practices. The discussion draws upon feminist theory and critique of normative science, particularly the idea of mutual becoming and speciesism. A discussion of posthumanism brings out problems and possibilities within the field, and leads to the conclusion that regarding archaeology, an understanding of datasets informed by prehumanism should be sought. The chapter ends with a discussion of the ontological turn and how the theoretical framework can create an understanding of the ontological status given to animals in different societies.

Three-aisled Houses in Early Bronze Age Rogaland: Who were the Household Members? [+–] 51-94
In chapter 4, the archaeological material is presented. First, general Northern European trends and common interpretations are discussed, followed by an detailed discussion of the Early Bronze Age houses from Rogaland. The archaeological sites are presented and architectural traits are discussed. Palaeobotanical evidence is presented, which shows that the landscape was modified to facilitate large-scale grazing. The faunal data is scant, but shows that sheep/goats were the dominant species, followed by pigs. Cattle are not present. This trend is comparable with the rich faunal remains from a midden by a rock shelter further north. The data suggests that sheep became the dominant domestic species in the Early Bronze Age in this area.

A Closer Look at Sheep, Sheepdogs and the Dynamics of Herding [+–] 95-128
In chapter 5, the theoretical insight of chapters 2 and 3 are brought into a discussion of the relationship between humans, sheep and sheepdogs. Following Human-Animal Studies, the sheep and the dogs as themselves are seen as contributing to the dynamics of a particular set of practice: herding. The species and their requirements, as is known from ethology, are discussed within this kind of dynamics. The chapter goes in-depth into the ontological fringe position of sheepdogs, as beings inbetween human shepherds and the flock of sheep. The insight that human-animal relationships are not necessarily one-to-one is explored, as herding requires three different species to cooperate.

The Sheep People: Towards an Archaeology of Ontology [+–] 129-155
Chapter 6 brings together the archaeological evidence, the ethological insights into sheep and sheepdogs and suggests that in Early Bronze Age Rogaland, an intensification of sheep-keeping changed the way of building, the landscape, and the social dynamics of the household. The economic reason underlying the increase in sheep-keeping was probably the development of wool textile production. Humans and sheep became household members, and their proximity led to a new, shared flock: the sheep people. A discussion of how archaeologists use economic models to understand the past leads to a critique of basic economic interpretations, and the shareholder versus the stakeholder model. The stakeholder model is suggested as a more valid interpretation of Bronze Age economy, as it enables working with other species as agents within the household. Within a stakeholder model, recognising the agency of other species makes economic sense. In the closing, reflections on shared lives in the Bronze Age highlights that relationships were probably forged by way of cooperation. 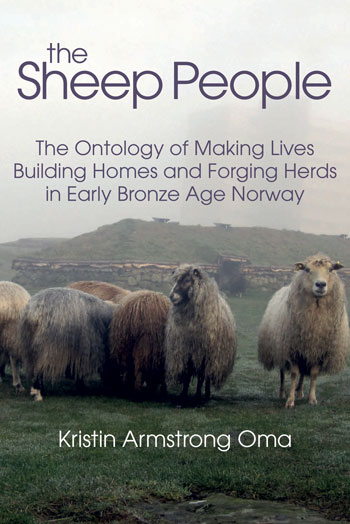 A groundbreaking book for seriously taking the ontological status and agency of sheep and sheepdogs into account.
This book is an enjoyable read and highly recommended to anyone interested in human-animal relations. Toward the end of the book, Oma brings up the interesting point that the economic imperatives of farming today have crucially influenced how zooarchaeologists have interpreted faunal remains: ‘Members of a household recognize each other as subjects, but in modern culture the average customer would not recognize the subject status inherent in a piece of meat from the supermarket’ (p. 152). It is very likely that the relationships of humans with domestic animals were quite different from the current economic, productivity-based attitudes of farming today. In this book, humans, sheepdogs and sheep are treated as subjects and given a great deal of life and agency.
Norwegian Archaeological Review

Oma has written a thought-provoking and also a very personal book, focusing on the significance of sheep rearing in the Early Bronze Age of south-west Norway. She combines sound theoretical underpinning with archaeological evidence and personal endeavour.
At a time when aDNA, strontium isotopes and other analyses from the natural sciences are dominating interpretations of archaeological materials, Oma takes us back to the relationship between humans and animals. This is not a study that is old fashioned or out of date; in fact, it reminds us that there is more to science than analysing samples and results, including a broader understanding of the relationship between people and animals. In this sense, the book is an important contribution in a context where knowledge must continually be justified; there are several different pathways to scientific knowledge and many alternative interpretations of the past.
Antiquity

This is a wonderfully written, richly illustrated monograph, which nominally presents the Bronze Age archaeology of a number of coastal settlements in Rogaland (southwestern Norway), but which in fact is a manifesto for a new type of mindful archaeology which includes human-animal relations at its heart. The author is one of the most passionate advocates for human-animals studies within archaeology, who has taken the time to organize special panels at multiple conferences, sponsor and academic networks, and publish articles that lay out her vision. This volume is a thickly referenced and passionately argued case for a rethinking of how space and architecture should always be associated with human-animal ensembles. A rich and welcome volume, which likely can be read a number of different ways and deserves a wider audience than that of archaeology.
Primitive Tider

Kristin Armstrong Oma has written an ambitious, thoughtful and important book. My guess is that Oma’s book will be a landmark in one of several important, new agendas for theoretical and empirical enquiry in 21st century archaeology.
VIKING, Norsk Arkeologisk Årbok 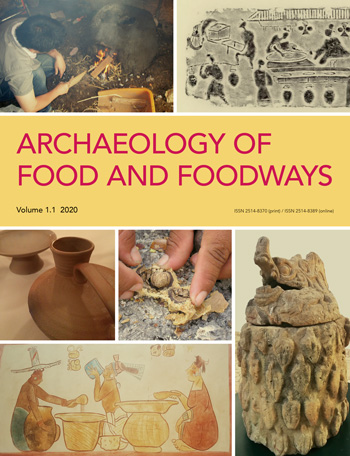 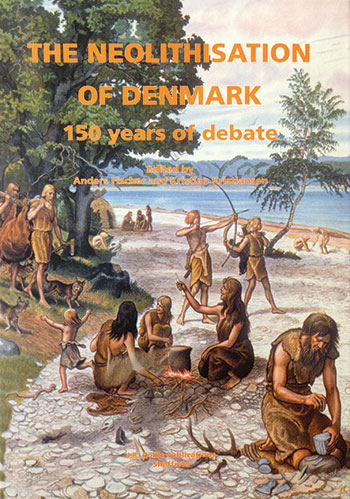