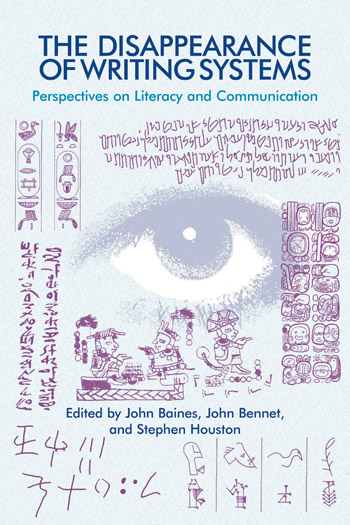 John Bennet is Director of the British School at Athens and Professor of Aegean Archaeology at the University of Sheffield. His research interests lie in early writing and administrative systems (especially Linear B), and the integration of material and textual data to understand past complex societies. He has employed this approach to the Minoan and Mycenaean cultures of the Bronze Age Aegean, as well as in the context of diachronic regional studies to the Venetian and Ottoman periods of Greece. His recent publications include: A Historical and Economic Geography of Ottoman Greece: The Southwestern Morea in the Early 18th Century (American School of Classical Studies at Athens, 2005), ΑΘΥΡΜΑΤΑ: Critical Essays on the Archaeology of the Eastern Mediterranean in Honour of E. Susan Sherratt (Archaeopress, 2014), and The Disappearance of Writing Systems: Perspectives on Literacy and Communication (Equinox, 2008), co-edited with John Baines and Stephen Houston.

Stephen Houston, a specialist in Maya civilization, is Dupee Family Professor of Social Science and Professor of Anthropology at Brown University. A MacArthur Fellow, he is also co-editor of a dozen monographs on archaeological work in Guatemala, and author or editor of many books, the most recent of which is Fiery Pool: The Maya and the Mythic Sea (with Daniel Finamore, 2010)
View Chapter (FREE)