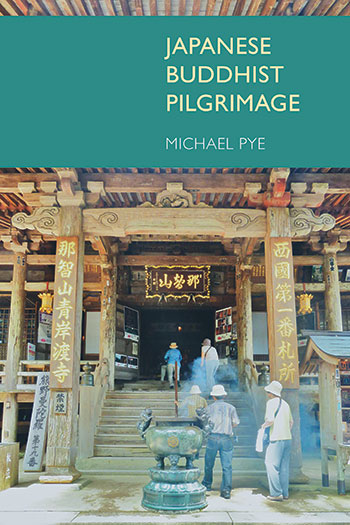 The Meaning of Japanese Buddhist Pilgrimage

This chapter looks at the multiple meanings inherent in the practice of Japanese Buddhist pilgrimage. It also looks at meanings in Buddhist pilgrimage in India and China. The pilgrims’ clothing and equipment, the guidebooks, various objects at the temples themselves, and the devotional booklets used for chanting provide a steady stream of meaningful associations. The guidebooks themselves often offer advice on the correct attitude the pilgrim should adopt. The chapter considers the idea that the Shikoku pilgrimage can be divided into four stages of religious development. It goes on to examine the recitation or chanting of texts which has been a regular aspect of Buddhist pilgrimage practice as far back as can be traced. Chanted texts include the sūtras, hymns of praise (wasan) and the temple songs (go-eika). The specific sūtras, the Kannon Sūtra and then at the Heart Sūtra, both of which are of central importance in the pilgrim tradition are discussed at length.