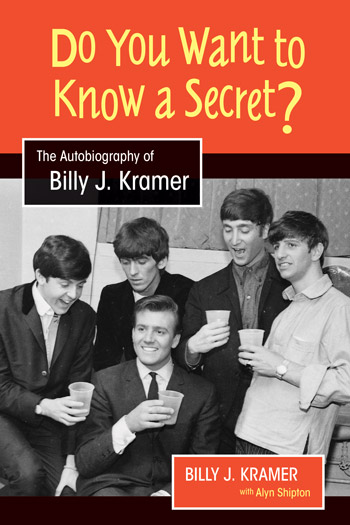 Billy J. Kramer is a singer, songwriter and bandleader, whose career with The Dakotas took him into the top ten on the British and American charts, including three UK number one hits. Born in Liverpool he now lives in the United States.

Back in Britain, Billy picks up his career. The era of the Miners' Strike and the 3-day week, and touring is hard. One way or another, there is a steady stream of material but by the end of this period Billy is mostly working on his own with session bands; he writes the lyrics for 'You Can't Live on Memories' which looked back in an autobiographical way at the Merseybeat era and which, when released in 1983 was a critical success with lots of airplay time but more importantly, got Billy back to writing songs again. Living in Rugby and raising a growing family, Billy is on and off the wagon and finding it difficult to cope with his addictions and has to face the fact that there are fewer and fewer offers for his type of music.