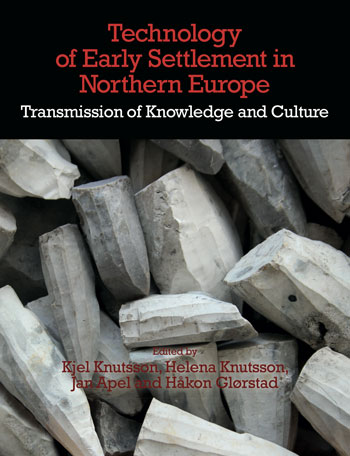 The Pioneer Settlement of Scandinavia and its Aftermath: New Evidence from Western and Central Scandinavia

Hege Damlien is Associate Professor in archaeology at the Museum of Cultural History, University of Oslo. Her research covers Stone Age archaeology of Northern Europe, hunter-gatherers and lithic technology. Damlien has been leading several Stone Age excavations in Norway.

Mathilda Kjällquist is a licentiate student at the department of Archaeology and Ancient History, Uppsala University. Her research interests concerns the Mesolithic of southern Scandinavia, including lithic technology. Kjällquist works at The Archaeologists at the National Historical Museums in Lund, where she has nineteen years of experience of leading and participating in Stone Age excavations.

Kjel Knutsson is Professor in archaeology at the Department of Archaeology and Ancient history, University of Uppsala, Sweden, but has also worked as a visting professor at the University of Stavanger, Norway. His research has a focus on Stone Age archaeology of Scandinavia but he has also carried out field work and published Stone Age materials from East Africa and China. He is specialized in lithic analysis.

This paper takes as a point of departure the analysis of complex blade industries as a proxy for cultural practices, socially learned and transmitted habits within a human network. Our main objective is to study how traditions and/or habits are protected and reproduced or changed as groups of people are confronted with changed natural and/or social environments. Our case study is the hypothesized population dynamics related to the pioneer settlement of Fennoscandinavia during the retreat of the Weicshelian ice at the Pleistocene/Holocene transition. This hypothesis is based on an analysis founded in a dynamic technological classification of complex blade industries typical for the first settlers. The existence of a distinct pressure blade concept across the Baltic and Scandinavian regions during the Late Preboreal and Boreal period has been identified within the 9th - 8th millennium BC, a technology that seem to have arrived with intruding ”Post-Swiderian” groups of people culturally derived from the western Russian plain. It has further been shown that a different blade industry were a direct percussion technique was used, was established by another stream of pioneers settlers along the west coast of Scandinavia with roots in the late Glacial continental Ahrensburg tradition. These two populations must have met in northernmost Norway during the Preboreal. During the time period from 8500 to 7500 BC prominent shift was also observed in the organisation of the Scandinavian Mesolithic lithic technology towards employing the demanding conical pressure blade concept, assumable of ”Post-Swiderian”, eastern origin. Concerning the regional identification and dating of the conical core pressure blade concept, a number of specific research problems have to be studied before the cultural process within Scandinavia in the 8th millennium can be more fully assessed. Of particular interest are the two regions where the eastern and the western traditions appear in the same time periods, respectively along the northern Fennoscandinavian coast and in the eastern polish lowland. It is the former area that is in focus in this paper. We will lay the foundation for a cultural analysis of this process by an investigation of the tacit evidence of this shift in technology by an in depth analysis of blade assemblages from a number of newly excavated sites covering the area from Scania in southernmost Sweden to central Norway.