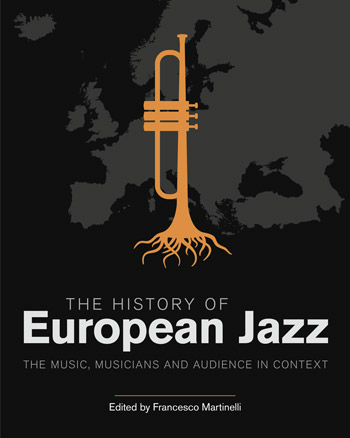 The History of European Jazz - The Music, Musicians and Audience in Context - Francesco Martinelli

The History of European Jazz - The Music, Musicians and Audience in Context - Francesco Martinelli

Xavier Prevost was a radio producer for Radio France from 1982 to 2014, and head of the Jazz Department from 1997 to 2014. He has served on the board of directors of the National Jazz Orchestra and was also responsible for events for the Jazz Festival in Paris Associations, from 1983 to 1990. He is now retired, writing reviews and chronicles on websites : mainly Jazz Magazine and Les dernières Nouvelles du Jazz.

Early French jazzmen; Jazz versus classical; Jazz in the media; Suddenly, the war; The war is over, but the jazz war is coming; A new Django?; Young blood and French bop versus the New Orleans revival; Bebop, hard bop or cool jazz?; Americans in Paris: the 1950s and beyond; French jazz composers in the 1950s; The Belgian connection; Jazz in French movies; French jazz in the 1960s; Free at last!; Mainstream and modern mainstream in the 1960s; Free music: American players in France—and the European way; Contemporary jazz in the 1970s: another route; From playing jazz to teaching jazz; Jazz in French pop songs, and vice versa; A perpetual change; Young players of the 1980s; New labels, new clubs; Paris, the hub of jazz; French jazz fusion; Improvised music; Mainstream, bop, hard bop and the Coltranism revival; Big bands are back; Public cultural policy; The exponential growth of jazz festivals in France; The return of the accordion and Gypsy jazz; French singers and vocal groups; The final decade of the century: did French jazz lose its sense of direction?; Strictly European; New leaders, composers and improvisers; Women take the stage; French jazz is cosmopolitan; Jazz and the media; Jazz through the arts; French jazz in the new century; Acknowledgements; Listening guide; Bibliography; Websites