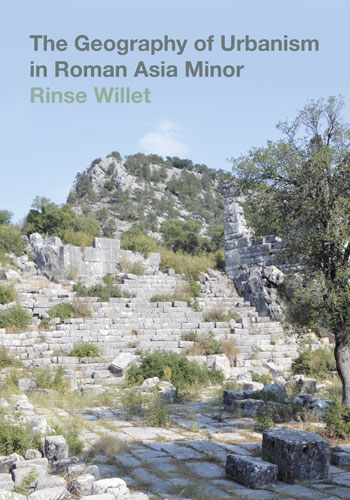 The Geography of Urbanism in Roman Asia Minor - Rinse Willet

The Geography of Urbanism in Roman Asia Minor - Rinse Willet

Dr. Rinse Willet is an archaeologist at the University of Leuven.

This chapter deals with the places existent under the Roman Empire that were legally defined as cities by their status of civic autonomy. This provides a reconstruction of the first layer of cities. The body of evidence for these places is textual and numismatic, and a critical review of various sources, including the ancient geographers (Strabo, Pliny, Ptolemy and others), evidence from assizes, and evidence from minting, is used to reconstruct a pattern of cities in Asia Minor. This pattern is analyzed, revealing how the preceding Hellenistic pattern related to the pattern of the Roman Empire and showcasing the general spatial patterns and densities of cities in the area. However, it also reveals that the pattern of cities that were officially recognized by the central authorities, only tell a limited story on sedentary life in Asia Minor during the Roman Empire, some small cities ending up with territories that were simply to vast to be governed from a single city.