Medieval Europe around the North Sea

Brian Ayers is a Research Fellow at UEA. He was formerly Director of the Butrint Foundation working at the Butrint World Heritage site in Albania and prior to that, the county archaeologist for Norfolk, England. He has published widely in academic journals, archaeological monographs and conference proceedings and is the author of an archaeological history of Norwich.

The German Ocean examines archaeological and historical evidence for the development of economies and societies around the North Sea from the beginning of the twelfth century until the mid sixteenth century. It draws in material from Scandinavia to Normandy and from Scotland to the Thames estuary. While largely concerned with the North Sea littoral, when necessary it takes account of adjacent areas such as the Baltic or inland hinterlands.

The North Sea is often perceived as a great divide, divorcing the British Isles from continental Europe. In cultural terms, however, it has always acted more as a lake, supporting communities around its fringes which have frequently had much in common. This is especially true of the medieval period when trade links, fostered in the two centuries prior to 1100, expanded in the 12th and 13th centuries to ensure the development of maritime societies whose material culture was often more remarkable for its similarity across distance than for its diversity.

Geography, access to raw materials and political expediency could nevertheless combine to provide distinctive regional variations. Economies developed more rapidly in some areas than others; local solutions to problems produced urban and rural environments of different aspect; the growth, and sometimes decline, of towns and ports was often dictated by local as much as wider factors.

This book explores evidence for this ‘diverse commonality’ through the historic environment of the North Sea region with the intention that it will be of interest not only to historians and archaeologists but to those who live and work within the historic environment. This environment is a common European resource with much to contribute to a sustainable future – the book provides an archaeological contribution to the understanding of that resource.

The Region in 1100 [+–] 7-32
The first court chapters explore the North Sea world chronologically, beginning with an assessment of the North Sea coast, evidence for coastal consolidation and settlement, social organisation and control of settlement, the exploitation of resources, research on populations, urban development and the role of the church.

12th- and 13th-Century Consolidation [+–] 33-70
Economic development led to increased wealth and mercantile and high-status expression as well as displays of power. Urban development meant greater organisation and promotion of identity while rural economic growth led to landscape change and more pronounced parochial organisation. Greater evidence is available for exploring rural/urban links as well as urban infrastructure, connections and hierarchies. At the same time, environmental pressures caused problems for settlements around the North Sea.

The 14th Century: Increasing Wealth and Increasing Pressures [+–] 71-110
The marginal location of ports led to both failure and success. Trade is evidenced through artefacts, coinage, urban and landscape studies. The industrial production and trade of textiles is explored as well as non-textile trades and industries including perishable commodities such as fur. Increasing evidence is available for discussion of food production, distribution and diet. The impact of the Black Death is assessed before discussion of later 14th century trans-North Sea contacts and influences. The concept of ‘Hanseatic’ culture is considered as well as the economic impact of the church.

The 15th Century: Towards Greater Sophistication [+–] 111-146
Evidence for the role of women is examined and that for children. Social organisation leads to a discussion of housing, its development and the use of building materials. Economic activity is explored through archaeological material with emphasis upon the urban economy and its role in the supply and distribution of commodities such as ceramics, ironwork, leather and glass. The urban hinterland is also examined as are networks of towns and ports. An assessment is made of infrastructure development , including those of defences and religious sites, and environmental impact is considered.

Merchants and their Impact [+–] 147-180
The fifth chapter seeks to explore the role of merchants in the wider North Sea economy. It identifies mercantile locations and examines the development of cargo shipping. The changing infrastructure requirements within ports are considered as are the topographical impacts that ensued. The probable organisational processes are also discussed. Evidence for port facilities considers a wide range of features, such as cranes, weigh-houses and trans-shipment via inland waterways and canals. The development of warehousing and the storage of goods in merchants’ houses is examined while the scale and movement of trade is assessed from archaeological evidence. Finally, the mercantile ‘world view’ is explored, examining the role of the merchant within medieval society.

The 16th Century: A New World [+–] 181-198
The final chapter examines archaeological evidence for activity on both sides of the North Sea in the 16th century up to and including the Reformation. Changes in material culture and the transmission of ideas are explored as well as the landscape impact, both urban and rural, of the Reformation itself. The chapter concludes with an appraisal of the inter-disciplinary role of archaeological research and suggestions for further enquiry.

The German Ocean is a tour-de-magnum-force. The book is a real eye-opener with a mass of interconnected data set in context.
Andrew Rogerson, Senior Archaeologist (Norfolk)

This book is a magnificent analysis of archaeological contributions to an understanding of the impact of human interaction across the North Sea region over a period of five hundred years. It is a 'must-have'.
Dirk Rieger, Abteilung Archäologie Lübeck

For those working with or interested in British medieval archaeology, this book is invaluable for introducing new ideas and providing signposts to exciting new research being carried out both at home and abroad.
Archaeology Scotland

Elegantly written and full of extraordinary detail, it draws upon a huge amount of major archaeological excavations. Ayers' story fascinates in its sweep and detail.
Richard Hodges, President, American University of Rome in World Archaeology

The breadth of its vision is astonishing. Even the best informed archaeologist will find a new building or excavation among its pages or in its vast bibliography. It reveals, in particular, the riches of archaeology in the medieval towns of the Netherlands and northern Germany, as well as eastern England, all illustrated with numerous colour pictures.
British Archaeology

This marvellous book is a definitive text that is all the more significant because the subject, the interconnectedness of the nations around the German Ocean, although of the greatest importance, has not previously been covered in any depth. Packed with archaeological evidence, very fully referenced and clearly illustrated, the book is an essential source for any researcher, field archaeologist or historian working on the medieval period from the western coast of Russia to the English Channel.
Antiquity

The scope of this volume will ensure a broad readership who will no doubt be delighted by the high production values of this full colour edition and Ayer's lucid, engaging prose.
Centre of East Anglian Studies Newsletter

Archaeologists concerned with maritimerelated sites in the region, whether at landscape level or a single boat-find, will find it an invaluable guide to setting their work into context. And historians whose areas of interest border on the North Sea will find information here that does not figure in documentary sources, but which can be integrated with them to advantage.
The International Journal of Nautical Archaeology

… this clearly-written volume, although undertaken from a decidedly archaeological perspective, also provides many inter- or transdisciplinary - bridges to other branches of research, especially to history. This is certainly the great advantage of the book: Ayers' text with its subject-specific perspective on urban centres, buildings and trade routes can adopt historic approaches in a synergetic way …
Francia Recensio

Ayers makes a compelling case on how archaeology can shed light on the 'diverse commonality' of the medieval societies around the North Sea. A very rich and well-documented book.
The Medieval Low Countries

The Equinox series on European medieval archaeology has here been expanded with another good sourcebook for archaeology students and other interested readers. The German Ocean is in fact a superb stepping-stone to the topic, both thanks to the first such kind of transregional synthesis in medieval archaeology as well to the long list of references, which help to delve much deeper into the places, materials and people of medieval Europe around the North Sea and to observe better the many connections between them. The wait of readers has been long but has certainly been worthwhile.
Medieval Settlement Research

In a nutshell, The German Ocean is a remarkable work of synthesis of the material evidence accumulated over the past forty years for the emergence of a consumerist mercantile culture in the ports and towns of the region, each exploitative of its hinterland ecologies.
Antiquaries Journal 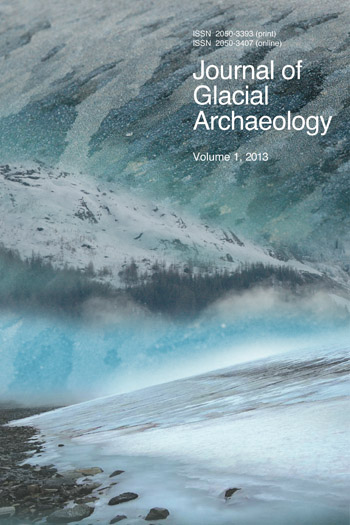