Playing the Scene of Religion

Simone de Beauvoir, one of the most famous existential philosophers of the 20th century, is a confirmed atheist. Despite this, she also engages and reassigns faith, that faith that is usually associated with ‘religion,’ and iterates it in the service of her existential ethics. Beauvoir’s ethic is founded in the axiom that ‘I concern others, and they concern me. There we have an irreducible truth.’ From this assumption, she articulates the principles for living an ethical life which honours above all the freedom of the other in a world fraught with contingency and ambiguity. In so doing, she enjoins us to undertake our efforts in generosity and risk, in faith toward each other, because only by doing so can we achieve the transcendence given in the existential condition. In this movement, Beauvoir confirms and performs a different reading of religion: religion as the scene of the self and other, of the appeal and response, of the holy and the faithful, which constitutes the history of European civilization. Following a certain thread in the discourse on religion given in Jacques Derrida and Michel de Certeau, this study proposes a theoretical apparatus for ‘religion’ which offers a different appreciation of Beauvoir’s ethics.

This study has two agendas: to interrogate popular notions of religion by reading it, out of Derrida and Certeau, as a signifier for a situated historical scene; and to show the existential philosophy of Beauvoir as a performance of that scene. In particular, it shows how the structure of relationships she presents in her ethics clearly reproduces the rhythms of the scene of religion. One of the implications of this reproduction is that existential philosophy can only emerge in the context of religion, and is necessarily an iteration of religion. The other implication is that we might reassess how we code the category ‘religion’ in our public and private discourse, with all the disruption that such a different coding might entail.

Introduction [+–] 1-5
An introduction to this study’s two agendas: to suggest a different account of “religion,” and to offer a different reading of Simone de Beauvoir’s ethic, and its implicit existential faith, within the proposed scene of religion.

Writing Lives [+–] 6-22
This chapter provides a context and rationale for reading Beauvoir against Jacques Derrida and Michel de Certeau. Beauvoir’s personal and intellectual biography is reviewed against that of Derrida and Certeau, with an emphasis on their tangents and resonances.

Setting the Scene [+–] 23-64
This chapter offers an explication of the main theoretical assertion of this study, the scene of religion, out of select texts of Jacques Derrida and Michel de Certeau, with constant reference to Beauvoir.

Beauvoir’s Conversion [+–] 65-83
A review of Beauvoir’s autobiographical, fictional and philosophical account of her early piety and subsequent conversion to an existential worldview.

The Other Shore [+–] 84-115
A review of Beauvoir’s apprehension of the problem of the other in her own texts – intellectually, personally and viscerally – and her ethical response. This is accompanied by an analysis of Beauvoir’s deployment of faith as a performance of the scene of religion.

A Moving Scene [+–] 116-123
Some of the political, social and philosophical implications of reading Beauvoir’s ethic as a play of the scene of religion are offered. 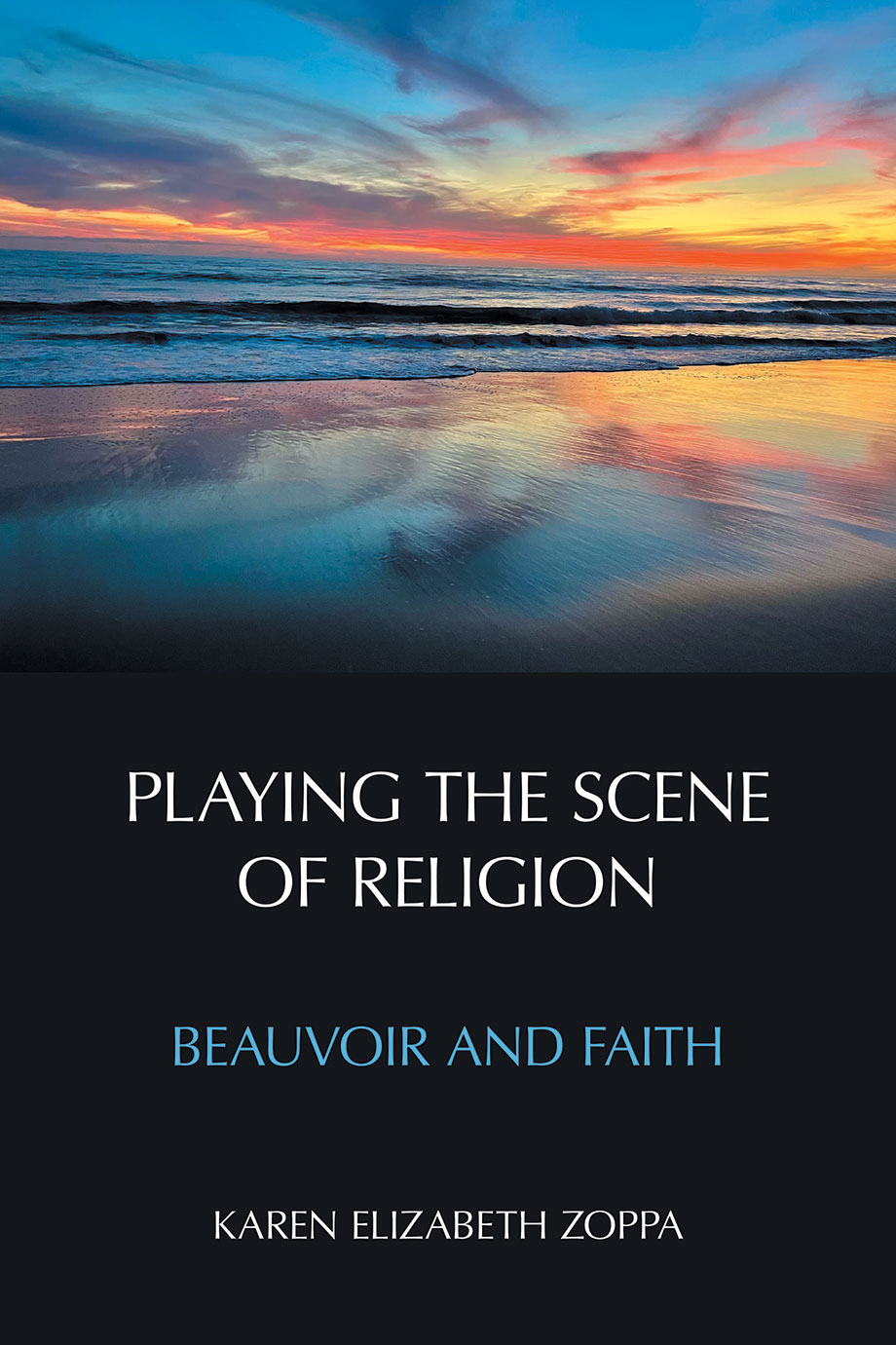