She's at the Controls

Sound Engineering, Production and Gender Ventriloquism in the 21st Century

Helen Reddington is Senior Lecturer in Music Production at the University of East London, UK.

She’s at the Controls gives a socio-historical examination of the roles of women studio professionals in the UK music industry based on interviews conducted over six years with 30 female studio practitioners at different stages of their careers and working in different genres of popular music including reggae, hip hop and pop. The edited interviews are preceded by an in-depth exploration of the often unseen and unacknowledged gender rules of music industry practice (both personal and technical) that underpin popular music etiquette. A range of supporting material from academic works to technical publications and popular music journalism is used to expand and critique the discourse.

Introduction [+–]
The significance of the research, including a review of other studies that complement the contents of the book.

Starting Out: Early Engagements with Sound, Music and Technology [+–]
The producers and engineers describe their engagements with listening,whether at home or in educational or social environments, lead on to first engagements with the world of professional sound engineering, both live and in the studio.

Becoming Professional: Entering the Music Industry [+–]
Routes into the industry through training, mentorships and apprenticeships or less formal, more lateral means are examined. The importance of recognizing opportunities and taking advantage of them is discussed. As in chapter one, interview material is incorporated.

The Workplace Experience and Relationships with Clients and Colleagues [+–]
Strategies for managing their working relationships are described, both with colleagues and clients, some of whom find working alongside female professionals challenging. The implications of the gendered environment itself are discussed alongside the potential ways this may affect the recording of male and female artists.

Male Culture and Studio Territory [+–]
Women’s engagement with technology and music technology are contextualized from a historical perspective. The importance of role models and the issue of male gatekeeping lead on to a discussion about laptop production and female autonomy. The stereotyping of studio roles has become thoroughly normalized through male control of the industry.

Gender Ventriloquism: Song Writing, Production and the Mediation of Women’s Voices [+–]
Working practices between auteur producers and female clients are examined,introducing the idea of gender ventriloquism. Using examples of existing studio writing and recording relationships, the complex issues of authorship and male and female power are considered, partly through the gender roles being ‘flipped’ using original interview material.

Fighting Back Against Stereotyping: The Case of EDM [+–]
Using electronic dance music as a case study because of the high visibility of women participants, both mainstream and underground perspectives are discussed. Reactions by the music press and participants in dance music subcultures to incursions into formerly male territory form part of this chapter, which concludes with voices from the women interviewed for the book.

Education, Inspiration and Potential for Change [+–]
Music and music technology education should have a role in changing the gender balance in the popular music recording and sound engineering professions. This chapter examines previous attempts to create inclusive environments for this type of learning, addressing the issues of boys clubs and token women, confidence, and different learning situations.

Conclusion [+–]
Creating and sustaining a place in the profession, working spaces, the reasons for addressing the gender balance in studios and at live events, addressing ‘behind the scenes’ setbacks including racism and positive developments, all contribute to a final snapshot of the world of the British music industry’s music production and sound engineering and the women who work in it. 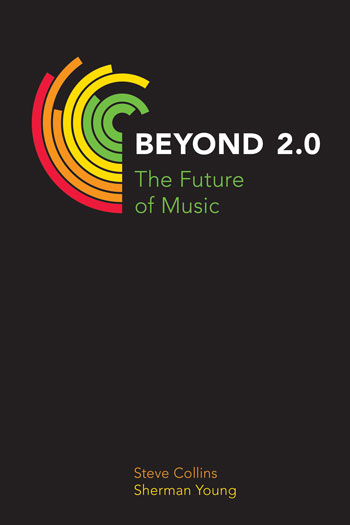