Liselotte Sels works as a research group coordinator and researcher at AP University College Antwerp, Belgium. She is also a harpsichord teacher and performer. Her research interests include Turkish music, Iranian music, music and diaspora, harpsichord music, and artistic research.

Liselotte received her PhD in Art Science from Ghent University in 2014. In 2015, she worked as a postdoctoral visiting researcher at UC Santa Barbara, supported by a BAEF fellowship. Her recent publications include the book chapter “Mixing Multiple Tracks: Migration, Diaspora and Transcultural Music in Flanders” in Made in the Low Countries (Routledge, 2017) and the article “EMRUZ | Nieuwe muziek in Iran” in FORUM+ (Amsterdam University Press, 2018).

Shaped by the processes of migration, diasporization and cosmopolitanization, musical performance conditions and contexts constantly change, while new musical forms emerge and evolve. The development of Turkish folk music is well-documented and provides rich material for study in the motherland and in the diaspora. This book explores, describes, interprets and links musical, contextual and functional aspects of Turkish folk music in contemporary Turkey and the Turkish diaspora in the Belgian city of Ghent.

The Turkish presence in Ghent is particularly interesting in its size (approximately ten per cent of the population) and constitution (mostly originating in the West Anatolian town of Emirdağ). Anchored in detailed ethnographic reality, this book expands our views on what Turkish folk music signifies in the early twenty-first century, and adds to the understanding and appreciation of this multifaceted, topical musical phenomenon.

This book’s multi-sited, transnational and comparative outlook is unique, with an added dimension generated by the inclusion of rural and small-town contexts that complement the urban perspective. It makes new contributions to scholarship in this area by including the transcription and analysis of performance styles, the evaluation of Turkish Radio and Television discourses and practices, and the exploration of understudied research contexts of Ghent and Emirdağ.

Turkish Folk Music in a Transnational Context [+–] 1-9
The Introduction briefly discusses the transformative top-down and bottom-up tendencies experienced by Turkish folk music throughout the twentieth century, points to the significance of migration for the chosen research field, reviews related existing literature, and introduces the applied methods and concepts.

A Brief History of Turkish Music in Ghent [+–] 10-29
Chapter 1 outlines the historical context of Turkish labour migration to Belgium, and gives an overview of the history of Turkish music in Ghent, focusing on both individual people and institutions, and identifying transnational or parallel evolutions. This chapter draws from immersion, participant-observation, informal conversation, semi-structured interviews, complemented by online sources, written documents, recordings, and pictures.

The Turkish Folk Music Network in Ghent [+–] 30-53
Chapter 2 presents the current Turkish folk music network in Ghent, and highlights its different roles (commissioner, performer, listener, educator) by defining them, explaining their modalities, and portraying their institutional and individual representatives. Furthermore, it describes central places essential to Turkish folk music performance and education in Ghent. The data collection proceeded with the same methods as the first chapter.

Turkish Folk Music in Theory and Practice [+–] 54-79
Chapter 3 sketches a (selective-fragmentary) picture of what Turkish folk music in its modern, post-Atatürkian, form entails, focusing on general musical characteristics, genres and forms, regional styles, traditional performers, and thematic content. Excursions are a description of the music of Emirdağ, and an inquiry of the musical knowledge of the Turkish folk musicians in Ghent. The chapter is written on the basis of Turkish- and English-language, specific and general, academic and non-academic books and articles, complemented by ethnographic fieldwork, including formal and informal interviews.

Turkish Folk Music Notation and the TRT Archive [+–] 80-95
Chapter 4 explores the development, composition, and significance of the official Turkish folk music repertoire, collected and processed by state institutions. It provides insight in and a critical evaluation of the discourses and practices of the Turkish Radio and Television, based on first-hand information obtained from interviews with TRT functionaries and employees, and official documents, complemented by published sources.

Turkish Folk Music Events in Turkey and Ghent [+–] 96-138
Chapter 5, as well as the next three chapters, takes a closer look at the forty-six Turkish folk music events attended during the period of systematic fieldwork in Turkey and Ghent. This chapter starts with a brief overview of traditional occasions for folk music performance in Turkish society, based on literature and observations. Its second part consists of ethnographic, comparative description and analysis of a meaningful selection of the attended Turkish folk music events, either occurring in both the homeland and the diasporic context, or inherent to one of the contexts.

Contextual and Musical Aspects of Performances in Turkey and Ghent [+–] 139-168
Chapter 6 zooms in on different contextual and musical aspects of the whole series of forty-six attended events, in order to apprehend some of the properties, commonalities, and differences of the performance of Turkish folk music in the motherland and the diaspora, in a systematic way. The following aspects structured the observation and guided the subsequent analysis: kind of event / use, occasion, set-up, financing, time, place, commissioners, listeners, performers, programme, repertoire, line-up, way of creation, performance quality, and performance style.

Case Study of a Song: ‘Hüdayda’ [+–] 169-199
Chapter 7 further illustrates the traditional, academic, and popularized performance styles introduced in chapter 6, by juxtaposing different manifestations of popular dance song Hüdayda. The TRT version is compared to four concrete instances encountered during the fieldwork in Turkey, thereby analysing aspects such as tempo, intervallic structure, form, and style. As in the previous chapter, the performance styles are elucidated by transcriptions in music notation.

Musical Functions in Turkey and Ghent [+–] 200-220
Chapter 8 reveals the functions of Turkish folk music (performances) in Turkey and Ghent, as experienced and worded by performers, listeners, and commissioners. Additionally, an outlook on the genre’s status and value as perceived and articulated by the informants is provided. The identified musical functions cluster into a personal, social, and cultural field – with the intersections personal-social and social-cultural –, complemented by a philosophical-spiritual, and ritual field, the latter combining aspects from all other fields.

Looking Back and Forward [+–] 221-237
The Conclusion and discussion summarizes the findings regarding the contemporary meaning, contexts, actors, characteristics, and functions of Turkish folk music in the studied transnational context, as well as their interrelations. This is followed by observations and remarks regarding the past, present, and future of the genre in the studied transnational context. Finally, some suggestions for further research are provided. 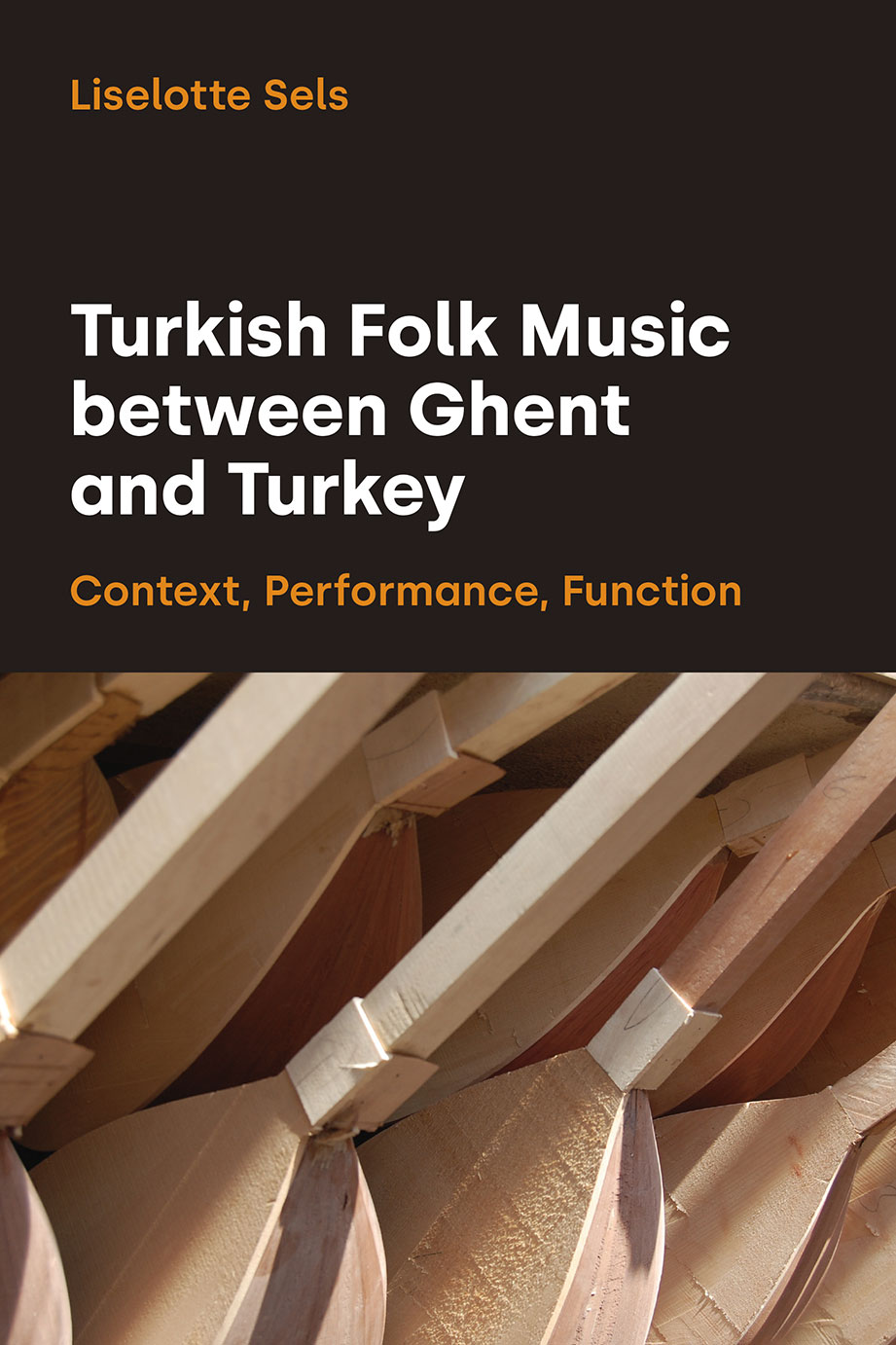 The book concerns scholars and musicians interested in the current state of Turkish folk repertoires. Indeed, Sels brilliantly summarises the debates which address some of the issues raised in previous research, including the influence that Kemalist Reforms had on musical language (Stokes 1992) and the lack of studies of the ‘aesthetic crisis of Turkish music’ (Greve 2017). Moreover, Sels’s book fits into the line of case studies of musical practices in diaspora, which abound in the ethnomusicological world, and she is the first researcher to explore the topic in the Belgian context. Her research attests to the status of a traditional music repertoire other than Flemish or Walloon and opens the door to other studies of the musical practices of migrant communities in the country.
Ethnomusicology Forum 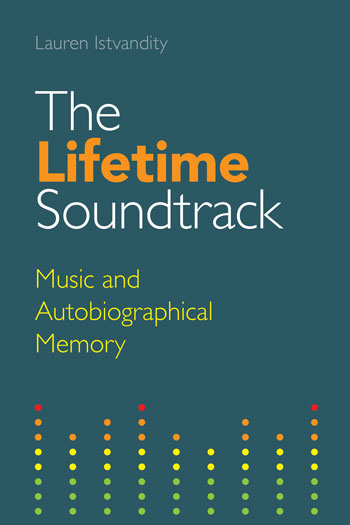