Transitions, Urbanism, and Collapse in the Bronze Age

Essays in Honor of Suzanne Richard

Jesse C. Long, Jr., is Professor of Old Testament and Biblical Archaeology in the Smith College of Biblical Studies at Lubbock Christian University, Lubbock, TX. He has served as co-director of the Archaeological Expedition to Khirbat Iskandar, Jordan, since 1994, working closely with Suzanne Richard, his mentor and PI of the excavation. His research interests include the Early Bronze Age in the southern Levant, biblical archaeology, and Hebrew narrative.

William G. Dever is Professor Emeritus of Near Eastern Archaeology at the University of Arizona. He is the author of over 26 books and numerous chapters and journal articles.

In recognition of the significant contribution that Suzanne Richard has made to the archaeology of the Early Bronze Age in the southern Levant, this Festschrift represents the best of scholarship in her areas of interest and publication in the field. Professor Richard is known for her work on the Early Bronze Age, especially the EB III-IV. Her first major articles (BASOR 1980; BA 1987) are still standard references in the field. More recently, she is concerned with interconnectivity, social organization in rural periods, and urban-rural transitions in the Levant in the fourth and third millennia BCE in particular.

With an international cadre of leading scholars, the volume reflects recent scholarship on the nature of Bronze Age urbanism and cultural transitions at key junctures. The volume is an important contribution to the field of late 4th through the 2nd millennia BCE.

The Early Bronze Age and Urbanism

20. The Madaba Settlement Cluster and the Nature of Early Bronze Age Urbanism in the Central Highlands of Jordan [+–] 311-334
Stanley Klassen,Timothy P. Harrison £17.50
University of Toronto
Stanley Klassen is Collections Manager and Lab Technician of the Archaeology Laboratory in the Department of Near and Middle Eastern Civilizations at the University of Toronto. He has excavated in Israel, Jordan, and Turkey, and has published numerous studies on the Bronze and Iron Age pottery of the southern Levant and Egypt, with a special focus on their technological, mineralogical, and chemical properties.
University of Toronto
Timothy P. Harrison is Professor of Near Eastern Archaeology at the University of Toronto. His doctoral dissertation was on the Early Bronze Age communities in the Highlands of Central Jordan, and explored the advent of urbanization and state formation in the region. He has directed excavations at the Bronze and Iron Age site of Tall Madaba, in Jordan, and he is currently directing the Tayinat Archaeological Project in southeastern Turkey. These projects form part of a broader regional research effort that seeks to shed light on the rise of early complex societies in the Eastern Mediterranean.
Numerous studies have attempted to define the development of urbanism in the southern Levant during the Early Bronze Age. While pan-regional models have generally been favored, fieldwork has increasingly demonstrated the complex and diverse character of the archaeological record during this period, emphasizing the importance of examining development at the local regional level. The Madaba Settlement Cluster, situated in the Highlands of central Jordan, offers a unique opportunity to test integration at this regional level. This paper presents the preliminary results of a holistic analysis of pottery assemblages from six Early Bronze II sites within the Madaba Settlement Cluster and highlights the distributed nature and organization of the ceramic industry during this period.
21. Black Wheelmade Ware in Lebanon: A View from the North [+–] 335-353
Hermann Genz,Kamal Badreshany,Mathilde Jean £17.50
American University of Beirut, Lebanon
Hermann Genz received his PhD from the University of Tübingen in 1998. Since 2004 he is Professor of Archaeology at the American University of Beirut. He directs excavation projects in Lebanon at Tell Fadous-Kfarabida (2004 – 2016), Baalbek (2012 – ongoing) and Tell Mirhan (2016 – ongoing).
His research focuses on the Bronze and Iron Ages of the Eastern Mediterranean, especially the Levant and Anatolia, including the transition from village communities to more complex forms of socio-political organization, often called ‘city-states’ in the late fourth/early third millennia, and the ultimate incorporation of the Levant into large empires in the second millennium BCE and the accompanying socio-economic changes.
University of Durham
Kamal Badreshany is a research associate in the Department of Archaeology at Durham University. He received his PhD from the University of Chicago in 2013. He specializes in the analysis and geological characterization of ancient ceramics using archaeometric techniques, including ceramic petrography, scanning electron microscopy, and X-ray diffraction. Although incorporating data at the micro-level, he is a landscape-oriented anthropological archaeologist interested in human adaptation to changing social, economic, and environmental conditions, especially as related to increasing settlement density and early empires.
University of Paris
Mathilde Jean is a PhD student in Near-Eastern archaeology at the University Paris 1 Panthéon-Sorbonne and member of the French Mission at Tell Arqa since 2012. Her PhD thesis investigates the evolution of pottery production and diffusion in the northern Levant during the Early Bronze Age through petrographic analyses. While focusing on Tell Arqa, she also incorporates other regional assemblages such as Enfeh, Qatna and Ras Shamra. She received a three-years research contract from heSam University for her PhD and is a member of the UMR 7041 ArScAn/VEPMO in the CNRS.
Ever since its first discovery at Megiddo in the 1930s, Black Wheelmade ware has sparked the interest of researchers, especially regarding its origin. Most of the research so far has focused on northern Palestine. Lebanon has occasionally been mentioned as a possible region of manufacture, but so far without providing any detailed evidence. In this article, we discuss the occurrence of Black Wheelmade ware in Lebanon and provide the results of the first petrographic and geochemical data from this region.
22. One Potter, Multiple Clay Body Types [+–] 355-367
Gloria London £17.50
Independent Scholar
Gloria London received her Ph.D from the University of Arizona. She is the author of Ancient Cookware from the Levant (2017, Equinox), Traditional Pottery in Cyrpus (1989, Philipp von Zabern), creator of a video Women Potters of Cyprus (2000, Tetraktys), and co-creator of the Museum of Traditional Pottery in Ayios Dimitrios (Marathasa), Cyprus.
Three studies of traditional craft specialists in Cyprus, the Philippines, and Cameroon, demonstrate that potters regularly work with clays derived from multiple sources. As a result, the jugs, jars, and cookware produced by an potter will vary depending on where s/he shaped the products. Potters intentionally mix clays to create a less porous clay body. For water jugs, the same potters create a more porous fabric by using one clay only. All of the wares examined here are destined for use by the local populace and do not reach tourist markets. The potters work in their courtyards, in a small factory-like setting, or as itinerants. They shape utilitarian round bottomed pots from whatever clay is available. The archaeological implications concern: sources of variation of the work of craft specialists and within contemporaneous assemblages of ancient ceramics. 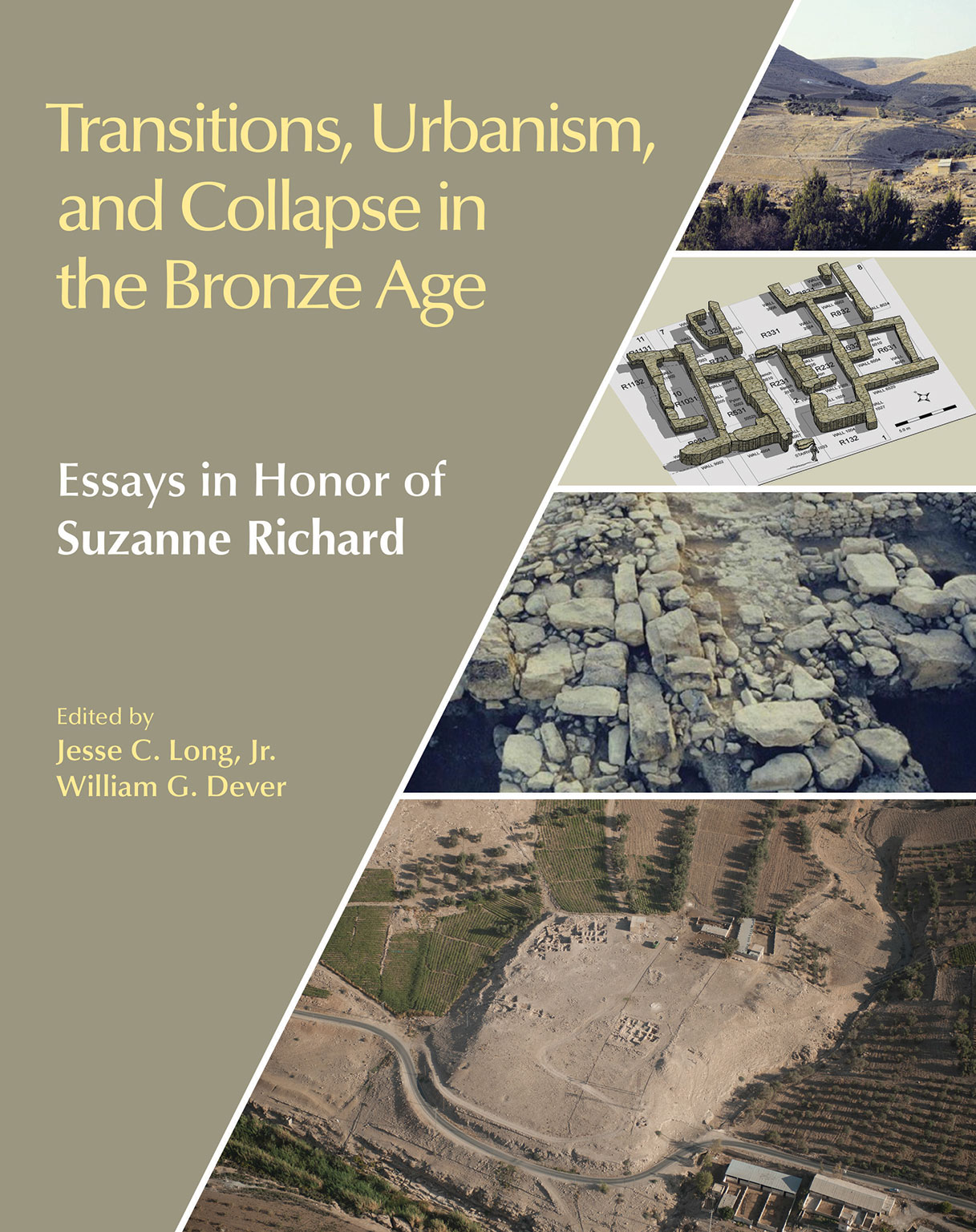 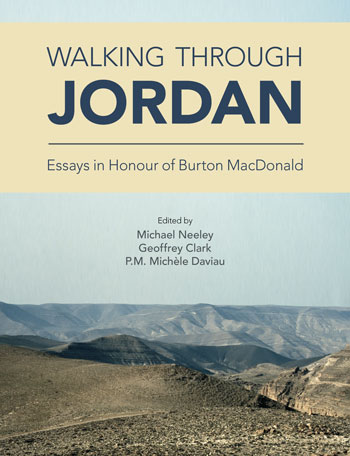